We're now a quarter of the way through the 2020 NFL season, and it marks the first time since 2015 that at least four teams started the season 4-0. If not for COVID-19, we would have (save for a tie) five such teams, as the 3-0 Pittsburgh Steelers and 3-0 Tennessee Titans were supposed to square off last Sunday.

While three of the MVP favorites played well, another overcame one of his rare bad games and still came away with the win. So, how did last week’s play shake up the MVP conversation?

We introduced our defensive adjustments last week, so from now on, we will simply go through the weekly results, explaining how we adjust for each defense and identifying the quarterbacks who played the most difficult schedule (and received the highest positive adjustments). 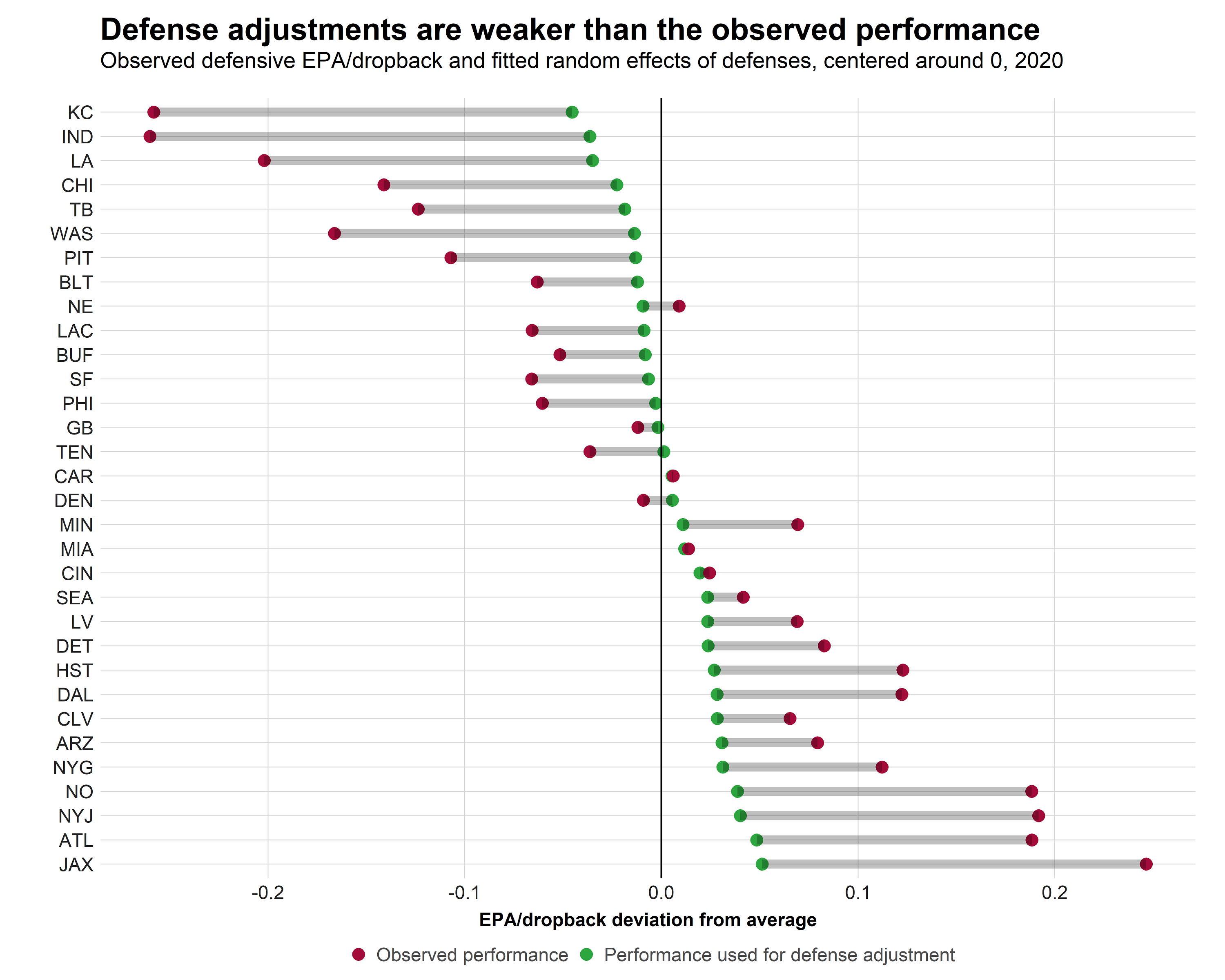 These estimations for the predictive defensive strength of each team yield the following adjustments for quarterbacks (a positive adjustment means a harder schedule). 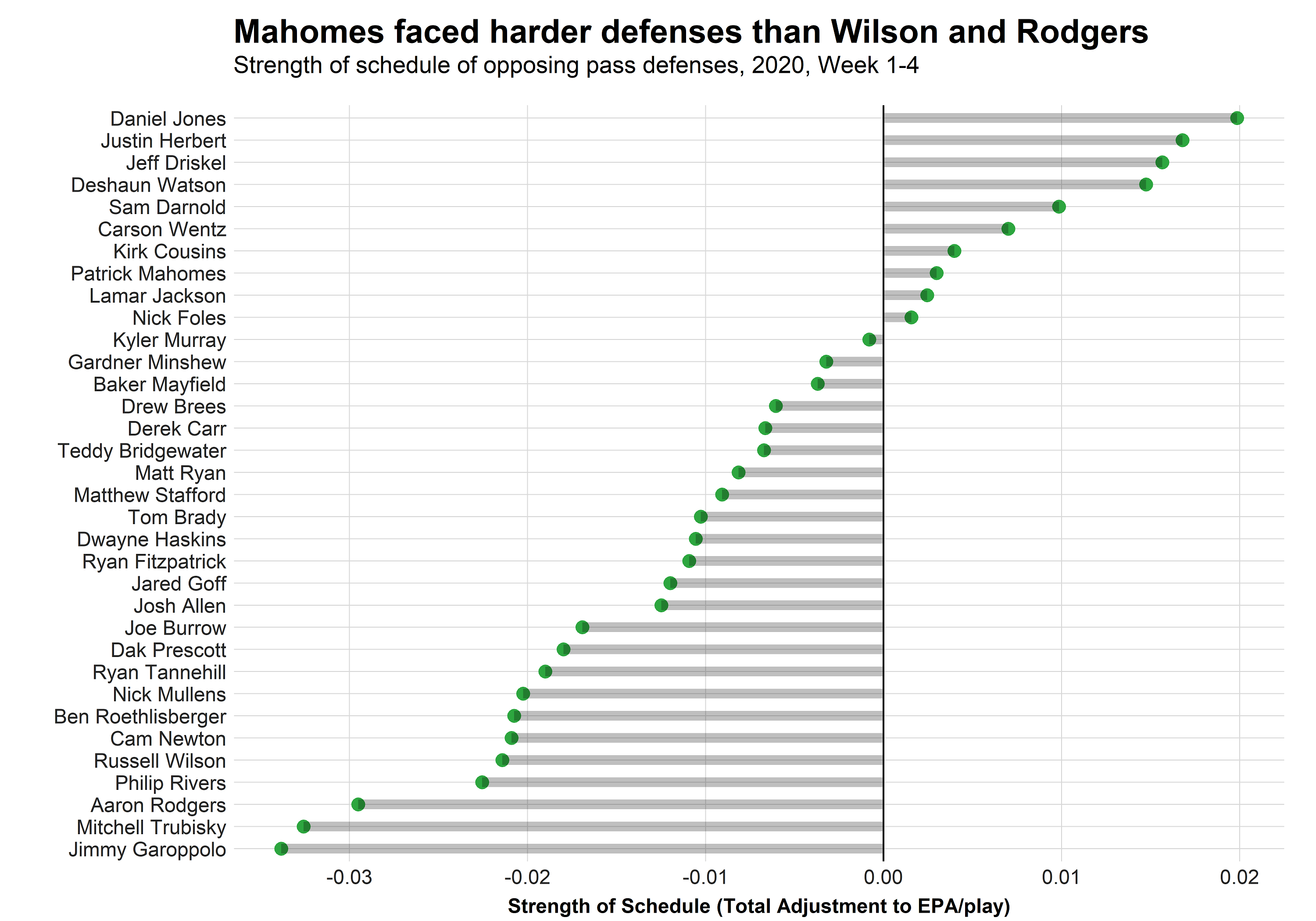 We should note that we use the defensive adjustment only for predicting a quarterback’s production through the remaining season. It doesn’t have any effect on the stats already posted. The defensive adjustments become gradually less important for predicting the MVP award through the season anyway, as the stats that lie in the past become more important than the predictions.

In particular, after Week 17, we use a quarterback’s non-adjusted stats to predict the MVP. This makes sense from a technical standpoint since we trained our model with non-adjusted stats. It should also make practical sense since there is no evidence that the MVP voters put much weight on the quarterback's defensive schedule when they give their vote in January (and even if they did, there is a high chance they would measure defensive strength in a very different way than we do).

Before we come to our weekly rankings, we should note one minor change: It might have gone almost unnoticed, but we acknowledged the possibility of a non-quarterback winning MVP.

It’s hard to quantify how likely this is to happen, but we certainly believe that the chance has become smaller over the first four weeks. It would take a year without an outstanding quarterback for a non-quarterback to win the MVP award, and it’s hard to imagine that 2020 is such a year after the hot starts of many around the league.

In terms of PFF passing grades, Aaron Rodgers (95.5) and Russell Wilson (94.3) have got off to the best start since Tom Brady started the season with a 96.3 passing grade through four weeks back in 2007. Add to this that players like Christian McCaffrey, Saquon Barkley and Michael Thomas are already sidelined to injury or that Ezekiel Elliott has fumble issues, and the pool of potential candidates from other positions is already decimated.

Prior to the season, we put the combined probability of all quarterbacks at 95%. We will now raise this number to 98%.