A long long time ago,

I can still remember how,

those numbers used to make me smile

and I knew if I had my chance,

that I could make those numbers dance,

and maybe stop them running for a while…

but February made me shiver,

when Lamar failed to deliver,

bad news on the doorstep,

I couldn't take one more step,

I can't remember if I cried,

when I read about Baltimore's demise

but something touched me deep inside,

As Don McLean once said, bad news on the doorstep, at least for the darling of the analytics community – the Baltimore Ravens – getting bumped from the playoffs by Derrick Henry and the Tennessee Titans. There’s no doubting Henry had a huge game, but the key to this game was the Titans putting Baltimore out of their comfort zone early, capitalizing on turnovers, scoring twice through the air and building a lead. Tennessee flipped the analytical percentages, stuffing a crucial Ravens 4th-and-1 play near midfield – the first time all season the Ravens failed to convert 4th and short – then did it again later in the game. This was the perfect storm of things going against Baltimore,  and the Titans did a great job of capitalizing on the Ravens’ inability to execute in the first half (such as three first-half drops) before steering the ship home in the second 30 minutes of football. 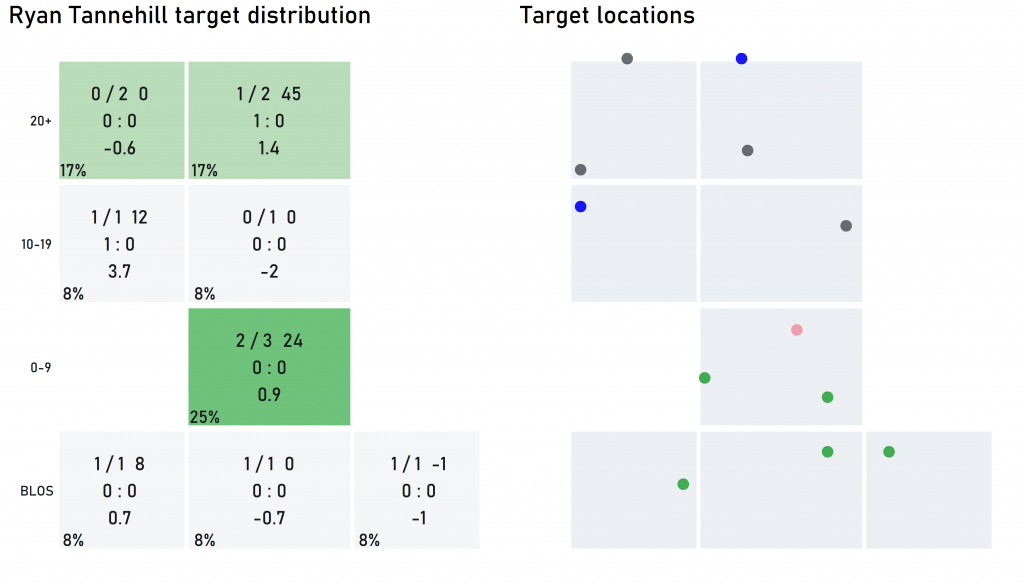 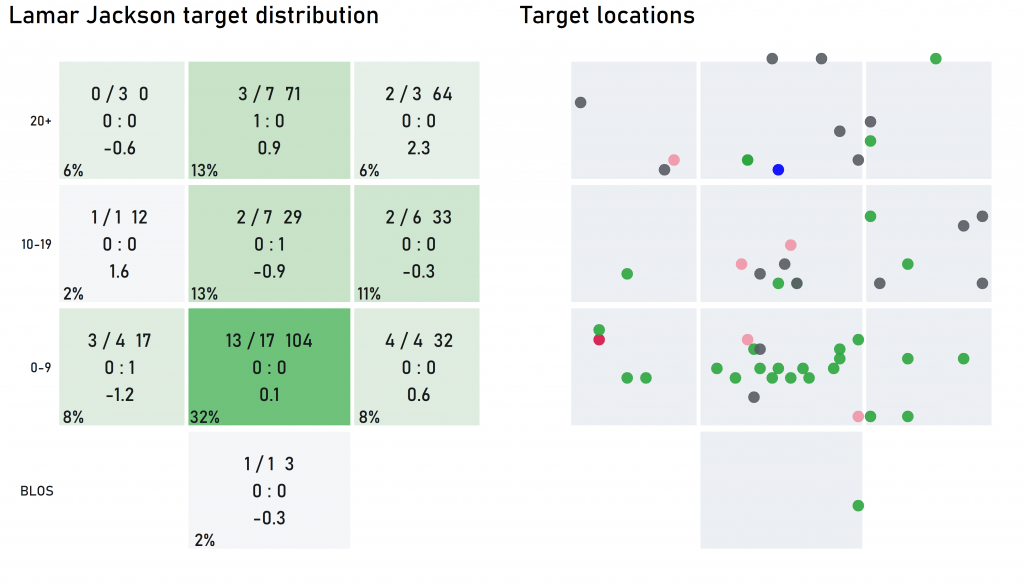 Ryan Tannehill connected on just two throws that traveled more than 10 yards downfield, but he made them count. Lamar Jackson, on the other hand, threw downfield often in the comeback attempt but received little help from his receivers aside from one incredible Marquise Brown catch. The Ravens dropped five passes.

Jackson will be the focus of this defeat, as he was the focus of Baltimore’s success, but he doesn’t deserve the kind of meme treatment he’s getting off the back of it. He certainly began to push too hard in the second half and made mistakes in terms of turnovers – an ugly interception when he failed to read a dropping Kenny Vaccaro and a fumble when he tried to take too long in the face of pressure were poor plays symptomatic of trying to do force plays – but there was a lot of good Jackson in this game. In the first half, he was let down by drops, but even so was able to drop a perfect deep pass in to Brown that gave the Ravens a chance to score before the half and narrow the deficit. Credit also needs to go to the Titans' defense, which forced a series of contested targets to Ravens receivers that are used to being wide open all year.

Hollywood Brown lived up to his name even in a loss. He commanded the most targets and gained 103 air yards to lead all players who played on Saturday.

Tannehill made some big passes early to help build the lead, but the story of this game on offense for the Titans was Henry and Tennessee's offensive line, which for the second week in a row dominated the line of scrimmage against a formidable defense. Henry was given decent running lanes, and when he gets going he is near impossible to stop, rattling off over 150 yards after contact and helping to chew clock late in the game and prevent a Ravens comeback.

The Ravens fell behind on the scoreboard and on first downs– Baltimore averaged -0.3 EPA per first down and was successful on just 14% of runs and 25% of passes on first down. The Titans' offense passed on only 32% of their plays but were explosive in both facets averaging 0.17 EPA per pass and 0.21 EPA per run.

Though we have a tendency to act like any single football game should determine the course of things to come from then on, the worst thing the Ravens could do is to make sweeping changes based on how this game went. As the legendary Bert Bell once said, ‘on any given Sunday’ (or Saturday…), and that’s effectively what we saw manifest here. The Ravens played the percentages all season long, but they caught the bad end of every beat against the Titans. For Tennessee, they have now taken down an unstoppable juggernaut and potentially ended the greatest dynasty the league has ever seen in successive weeks. Whoever they play in the AFC Championship game won’t scare them, and they have a very real chance of taking this run into a Super Bowl if they can repeat this level of performance.