Any discussion about the league's best player at their position should immediately begin with Los Angeles Rams interior defensive lineman Aaron Donald.

The Rams' star defensive lineman has earned nothing but elite PFF grades since entering the league as a first-round pick out of Pitt in 2014. The lowest grade of his career, 90.2, came in his rookie season, and even that was the highest mark among pure interior defenders for the 2014 season.

Donald has since claimed three Defensive Player of the Year awards — 2017, 2018 and 2020. And that makes him one of three players in NFL history to win the award three times, joining NFL Hall of Famer Lawrence Taylor and current Arizona Cardinals defensive lineman — and future Hall of Famer — J.J. Watt.

This year, Donald is once again playing more than well enough to earn Defensive Player of the Year honors. He owns a league-leading 94.1 PFF grade entering Week 18 and is the most valuable defensive player in the NFL, according to PFF Wins Above Replacement (WAR).

And yet, Donald’s odds to win 2021 NFL Defensive Player of the Year are in longshot territory. Right now, at DraftKings Sportsbook, Donald has the third-best odds to win at +800. Dallas Cowboys rookie sensation Micah Parsons is second at +350 behind Pittsburgh Steelers edge defender T.J. Watt at -400.

With all due respect to Watt and even Parsons, neither player should win the award over Donald. I'd even go a step further and say that overlooking Donald for 2021 Defensive Player of the Year honors would be one of the worst award snubs of the 21st century. 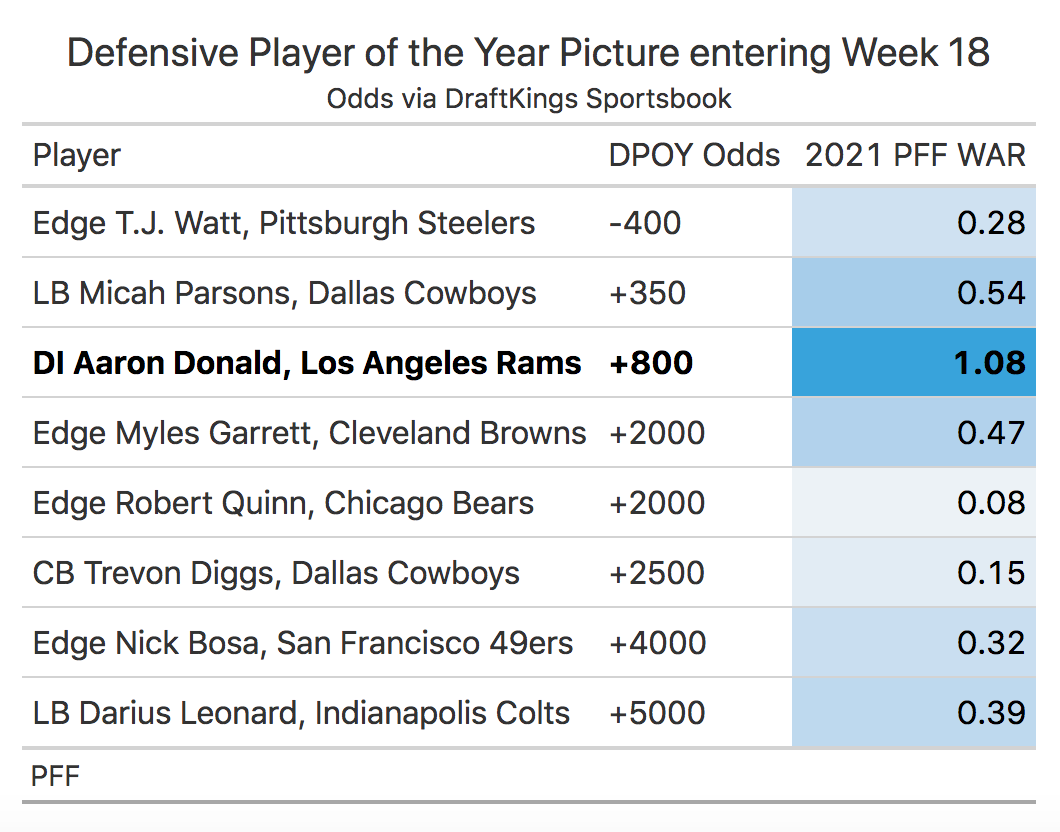 Through Week 17, Donald has generated 1.08 PFF WAR — the most at his position by a country mile and the best single-season mark ever earned by an interior defensive player in the PFF era.

In fact, Donald still ranks first for 2021 when we add in the rest of the league's defensive players, as the next-closest defensive player is his teammate, Jalen Ramsey, who has generated 0.67 PFF WAR.

Since 2006, the average interior defensive lineman who plays 400 or more snaps in a single season has generated 0.06 WAR. And that's because it’s a significantly less valuable position than cornerback, safety and even off-ball linebacker.

Despite that, no defender has been more valuable this season than Aaron Donald. Just take a look at how his 2021 season stacks up against his position — and all positions in the PFF era — in these density plots, which shows the distribution of the value generated by each player at every position in each season: 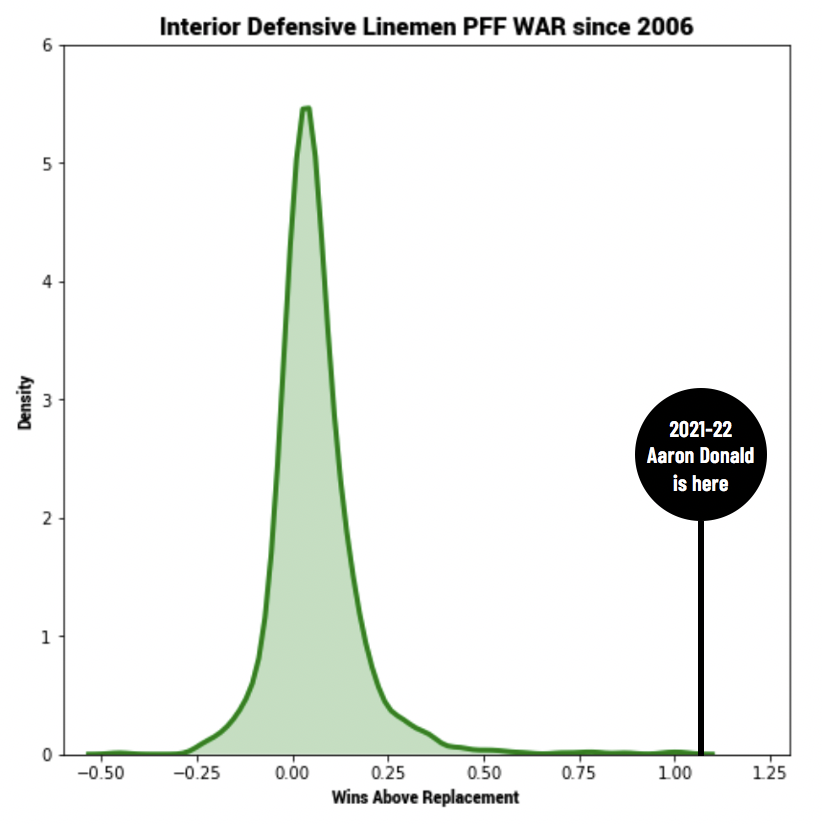