It’s time for the Week 4 fantasy football waiver wire. Fantasy waivers can often make or break your season. Making the right decision on which players to add and drop is crucial, so we have you set up with a deep list of potential waiver wire adds for Week 4.

Jameis Winston, TB (5-10%) — It wasn't the best start to the season for Winston, but he showed in Week 3 that he is capable of putting up QB1 numbers. He's in play for the streamer crowd.

Daniel Jones, NYG (5-10%) — That was quite a debut for the rookie signal-caller. Don't expect those numbers every week, but Jones does offer fantasy upside with both his arm and his ability to scramble.

Devin Singletary, BUF (15-30%) — Sure, he's injured, but Singletary is still an excellent stash. He's made the most of his opportunities this season. It's only a matter of time before he takes over.

Darrel Williams, KC (15-30%) — With Damien Williams and LeSean McCoy banged up, Darrel Williams carried the load for the Chiefs last week. He's a solid pickup this week with a shot to lead the backfield yet again. 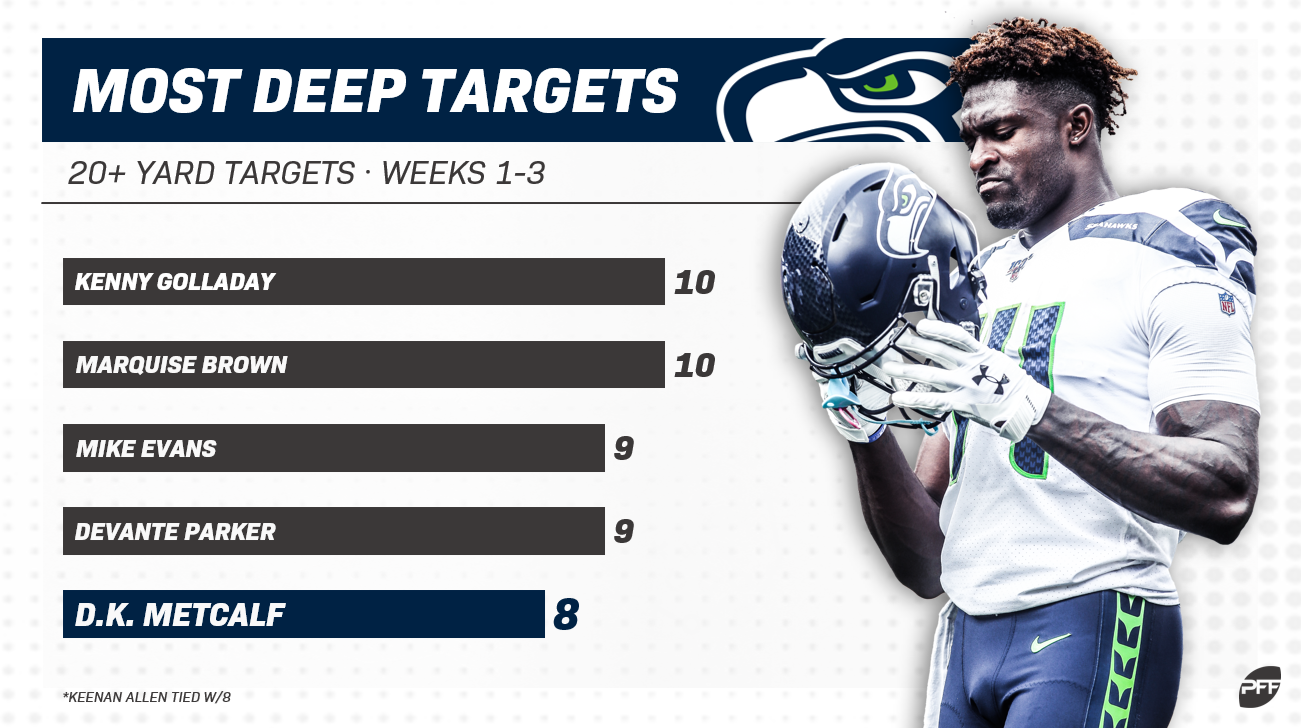 D.K. Metcalf, SEA (15-30%) — The rookie wideout has been Russell Wilson‘s favorite deep target this season and is still available in over 30% of leagues.

Will Dissly, SEA (3-5%) — It's a rough week if you're in need of a tight end. Dissly is the best bet after he posted another solid stat line in Week 3.

Jacoby Brissett, IND (3-5%) — The Colts signal-caller has been efficient to start the season and is in play as a plus streamer against the Raiders this week.