The spread and over/under are similar in these matchups (Ravens -7, 47 O/U versus this matchup at Ravens -3.5, 48 O/U). All the players aren’t perfect matches, but that’s why we use 100 similar matchups and not just the single most similar. 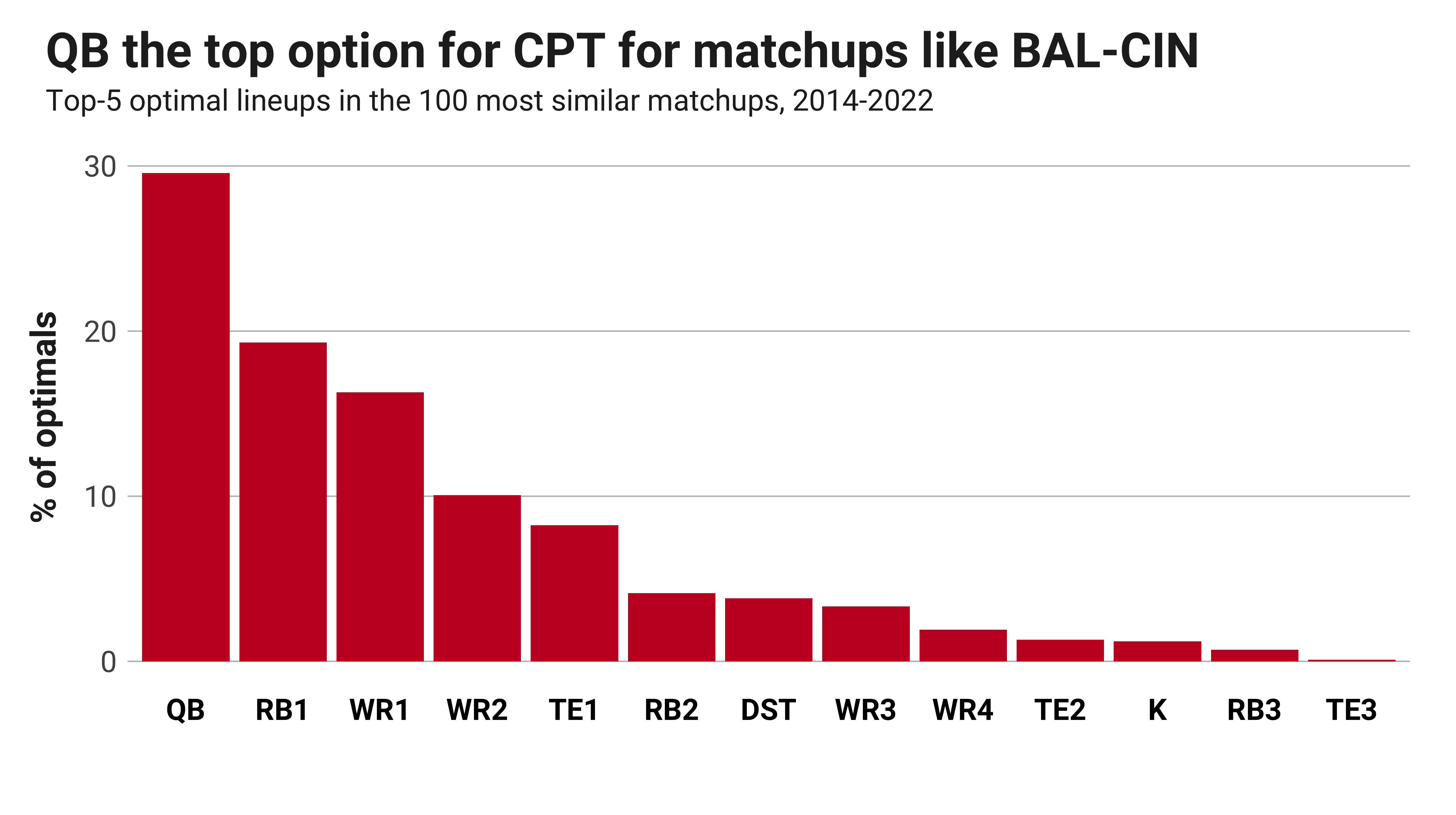 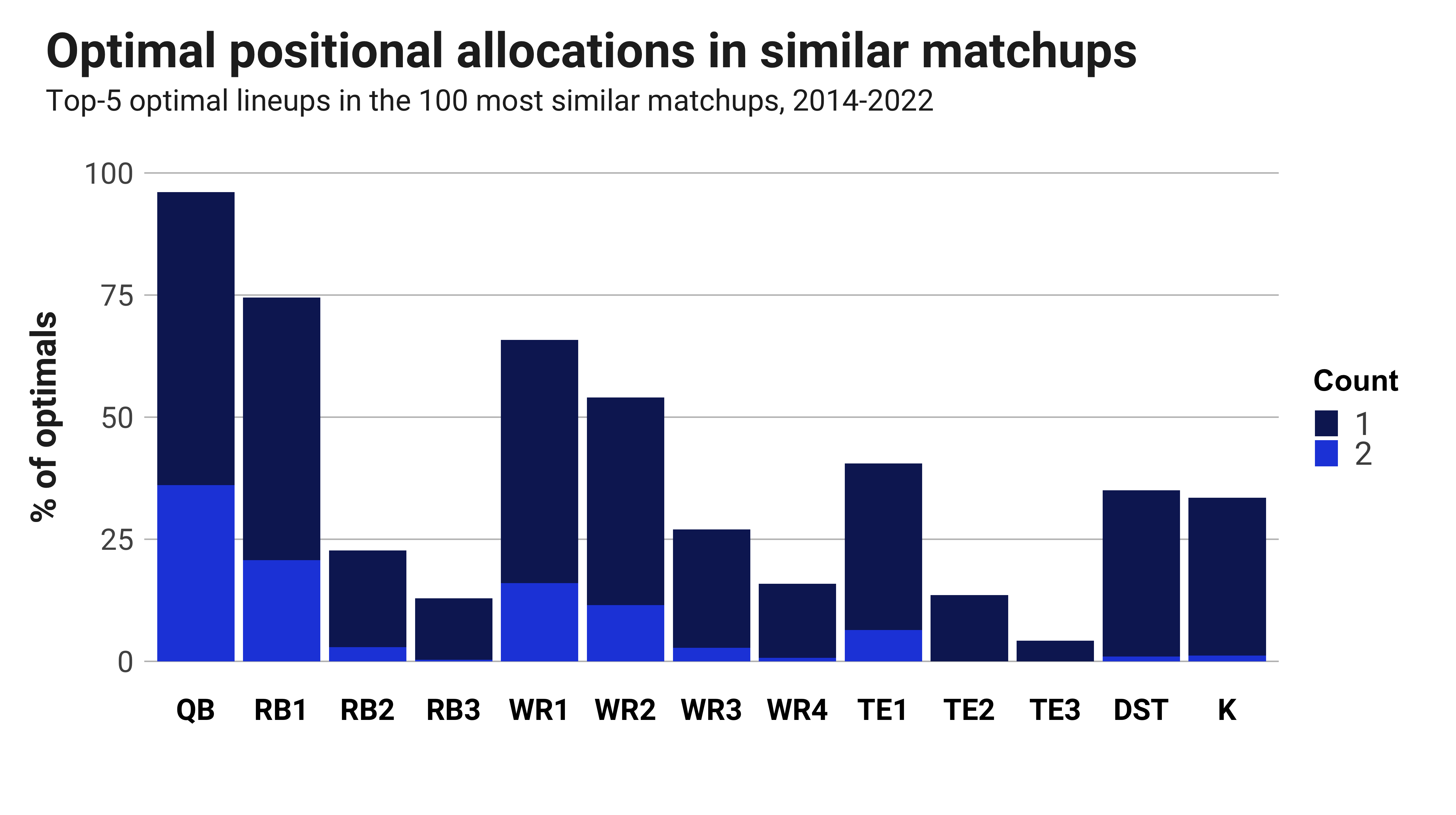 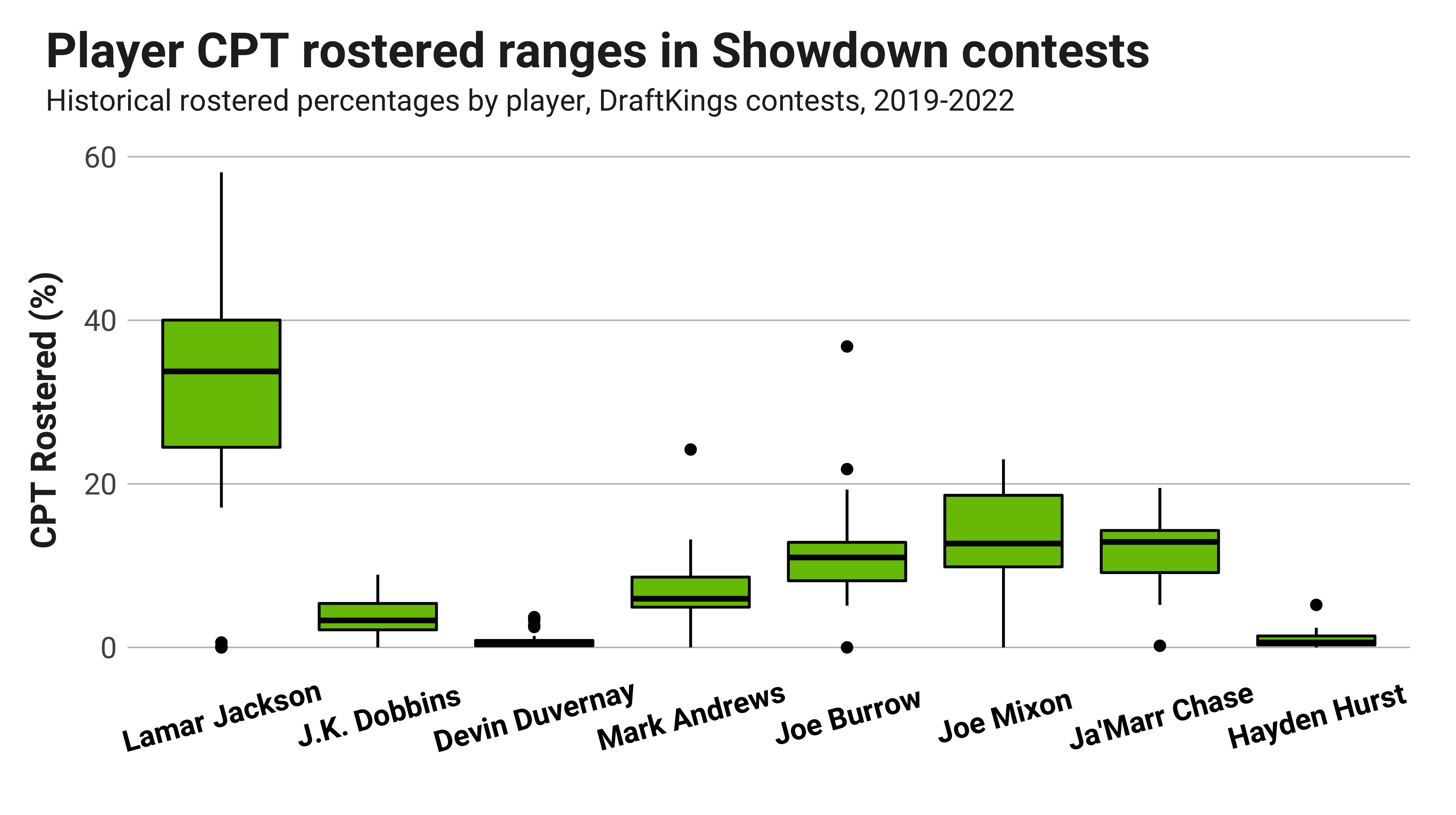 This is where the analysis comes together and becomes actionable. The most important thing when viewing these numbers is to contrast them with the optimal numbers taken from the analysis above for different positions. Then, we see where the leverage may exist.