There are five main components to this Week 15 Showdown slate analysis that you’ll find below:

1. A breakdown of methodology and the most similar historical matchup to Kansas City Chiefs–Los Angeles Chargers as an illustration of the matching process: 2020 Week 14 Tampa Bay Buccaneers–Minnesota Vikings, featuring Tom Brady as Patrick Mahomes and Kirk Cousins playing the role of Justin Herbert.

The spread and over/under are similar in these matchups (Buccaneers -6.5, 52.5 O/U versus this matchup at Chiefs -3, 52 O/U). All the players aren’t perfect matches, but that’s why we use 100 similar matchups and not just the single most similar. 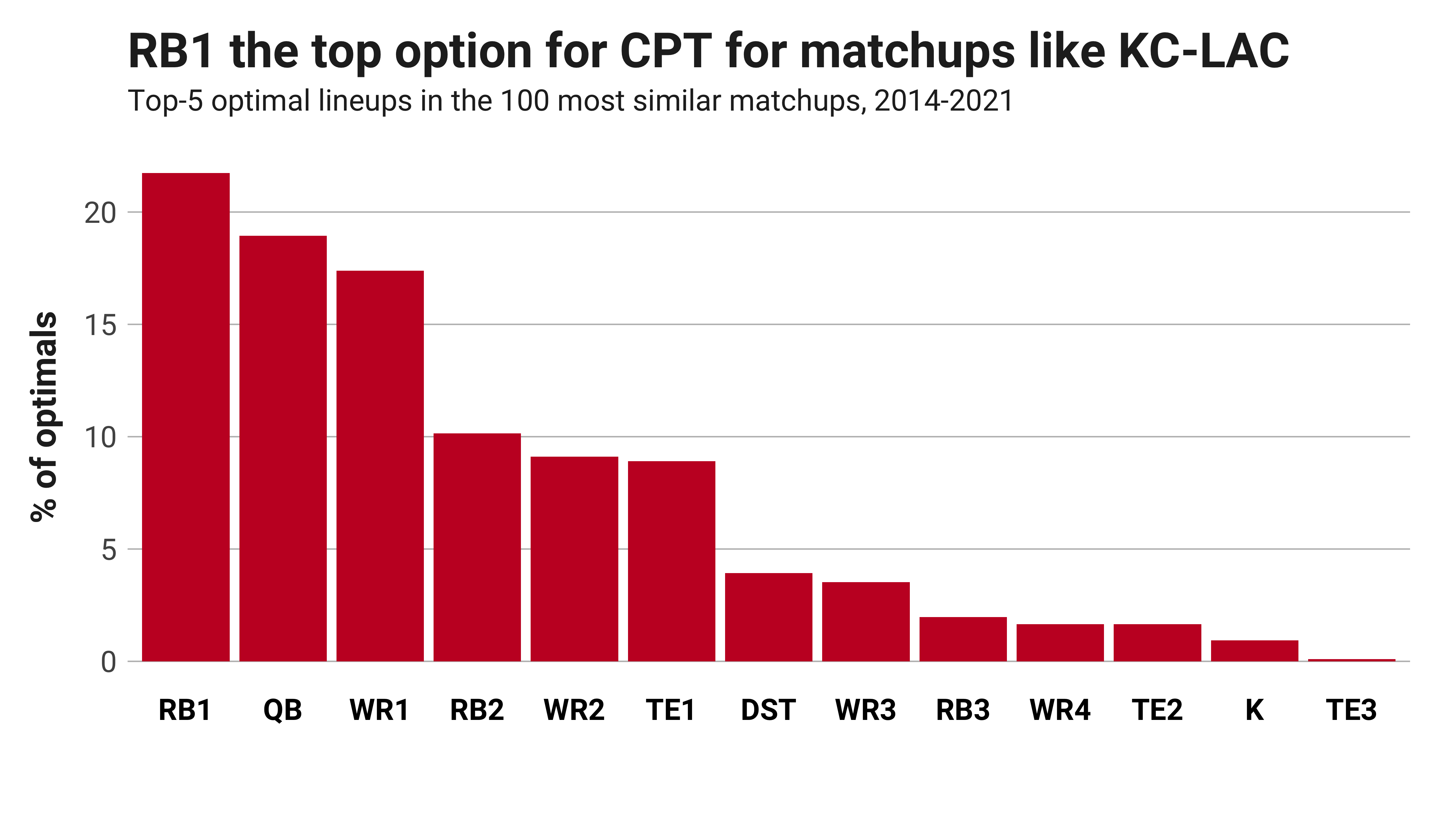 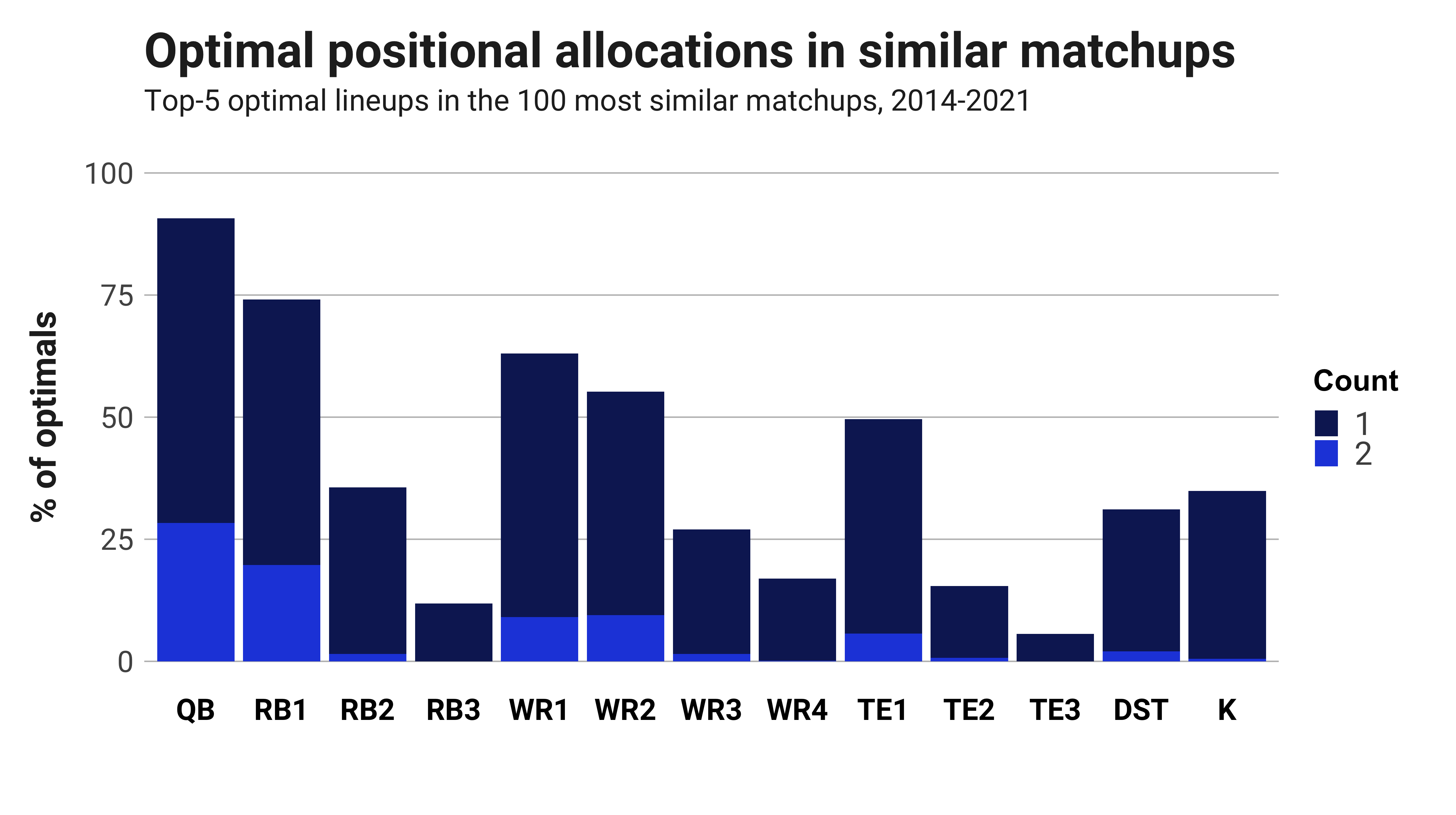 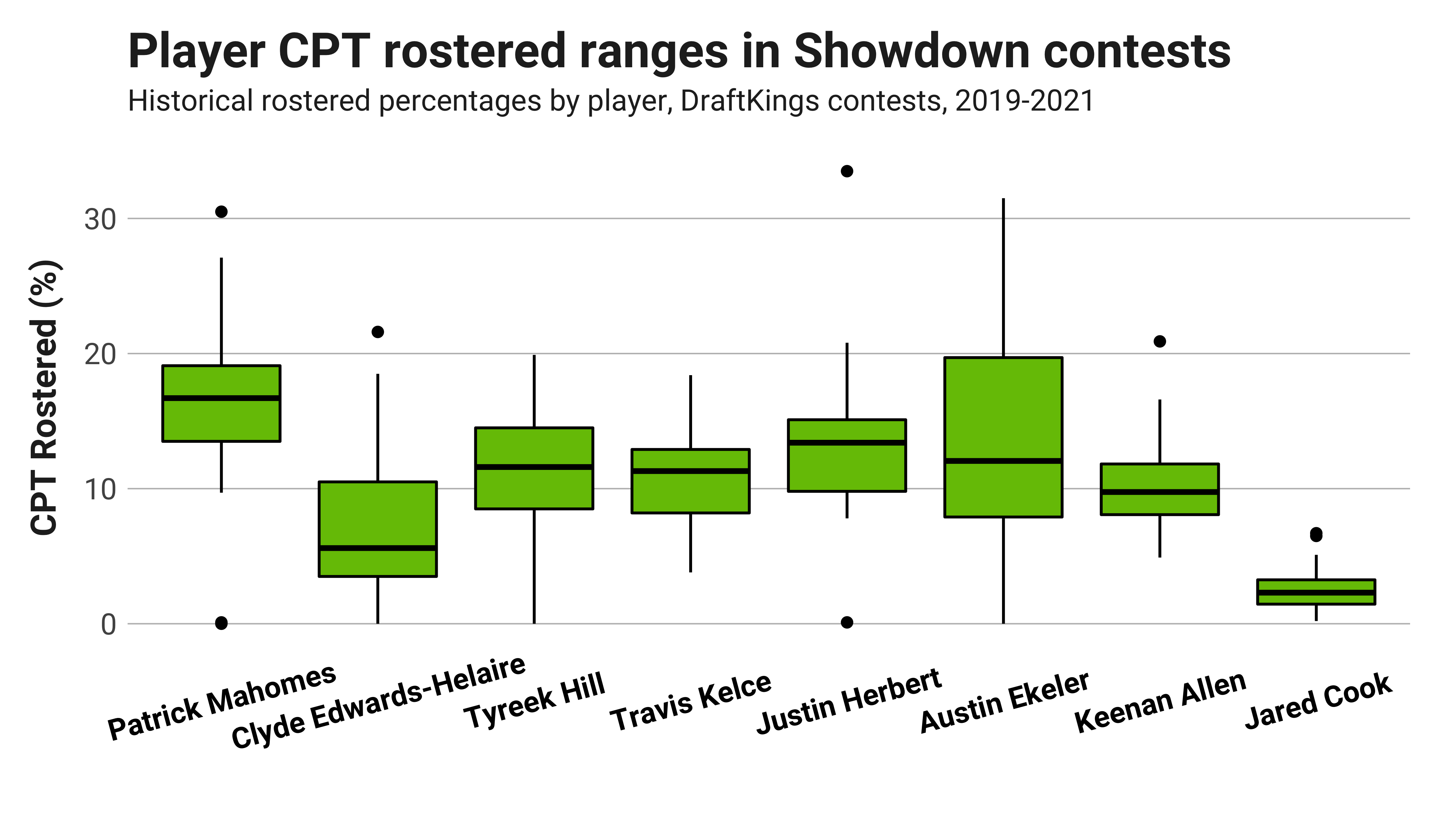