DraftKings Showdown Primer: Breaking down the DFS strategies and approaches to DraftKings' single-game DFS contests for 2021

The changing DFS and fantasy football landscape is shifting toward single-game contests. At DraftKings, the biggest is the Showdown Captain Mode format, which blends the ease of focusing on a single game with the ability to differentiate yourself from the competition by choosing a total of six players.

The biggest wrinkle of the format is the ability to choose one captain who costs and is scored at 1.5 times the standard values. The CPT designation opens up another layer of strategy while exponentially increasing the number of possible lineup combinations, which is important for reducing duplicate winners and split prizes.

Last season, I published analyses with simulated optimal roster allocations for the CPT and FLEX spots, along with the commonly paired players for each CPT selection. Those will be part of the PFF Fantasy offerings this year, beginning with the kickoff Thursday Night Football game between the Tampa Bay Buccaneers and Dallas Cowboys.

In this article, I’m going to walk through contest and roster data collected from the largest contests in roughly 150 Showdown slates from 2020, as I did before with the 2019 data. In that data, we find many of the same exploitable trends to use this season, including which positions provide the most leverage in the CPT spot, and how you can roster multiple and single positions in FLEX spots to gain leverage on the field.

The CPT spot is the highest leverage decision in any Showdown roster, with 1.5 times the effect on scoring and salary. The data from roughly 150 contests last year show fairly rational positional allocations at CPT, with a few likely edges. The positional rankings in this study are based on the team salary ranking. 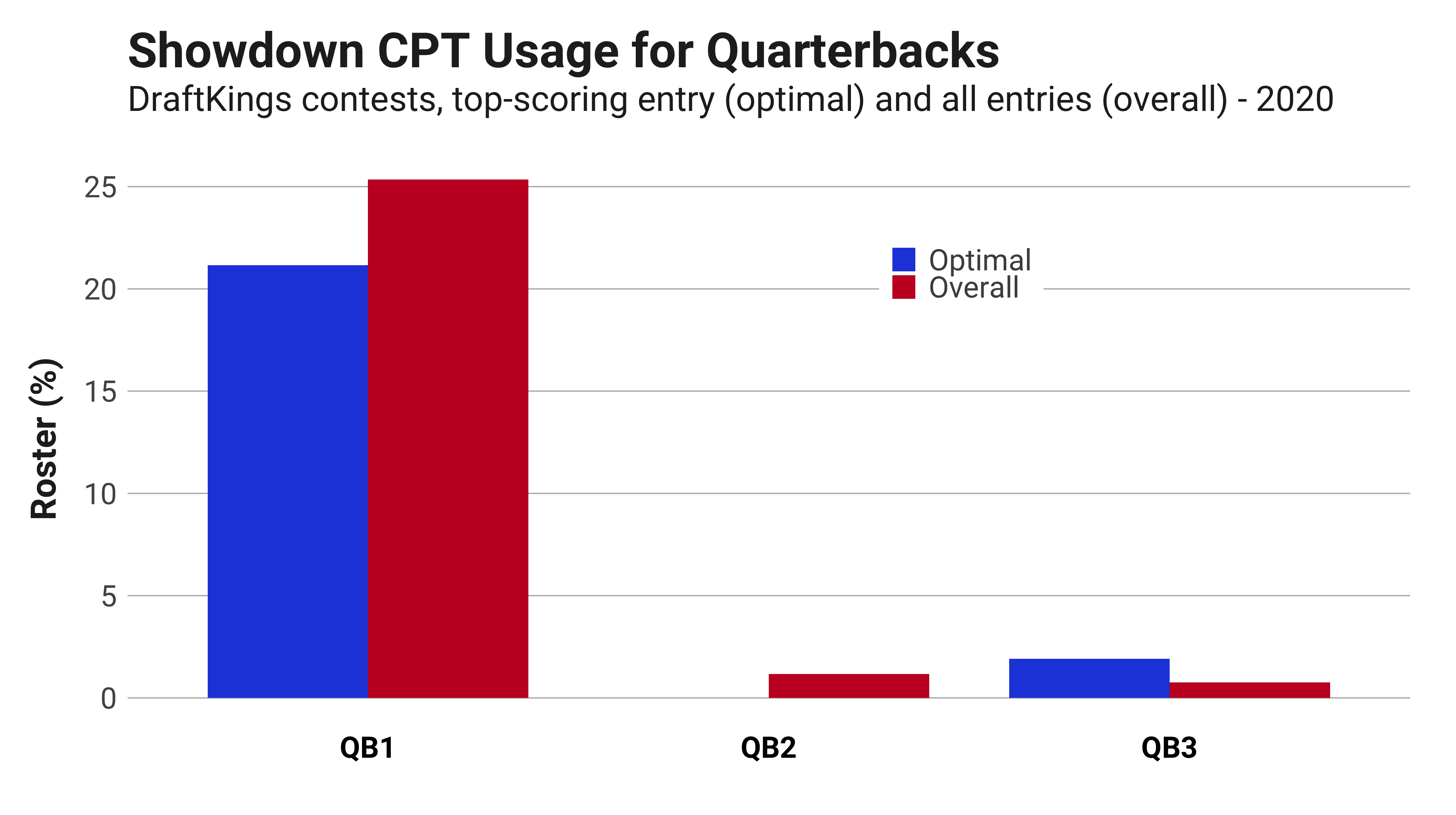 First-place entries in 2020 rostered quarterbacks less often than the field at large, a similar trend to what I found in the 2019 data. The difference year-over-year came in the overall allocation to quarterbacks, which rose to 25% from slightly over 20% for the average entry.

I’m going to call this the Lamar Jackson effect. In eight different slates, Jackson had an average roster percentage in the CPT spot of at least 35%, the only quarterback who hit that mark in the largest contests last year. The optimal roster allocation for quarterbacks in the CPT slot also rose, but it still left a gap, meaning that on average players were better off avoiding the position in their CPT spot. 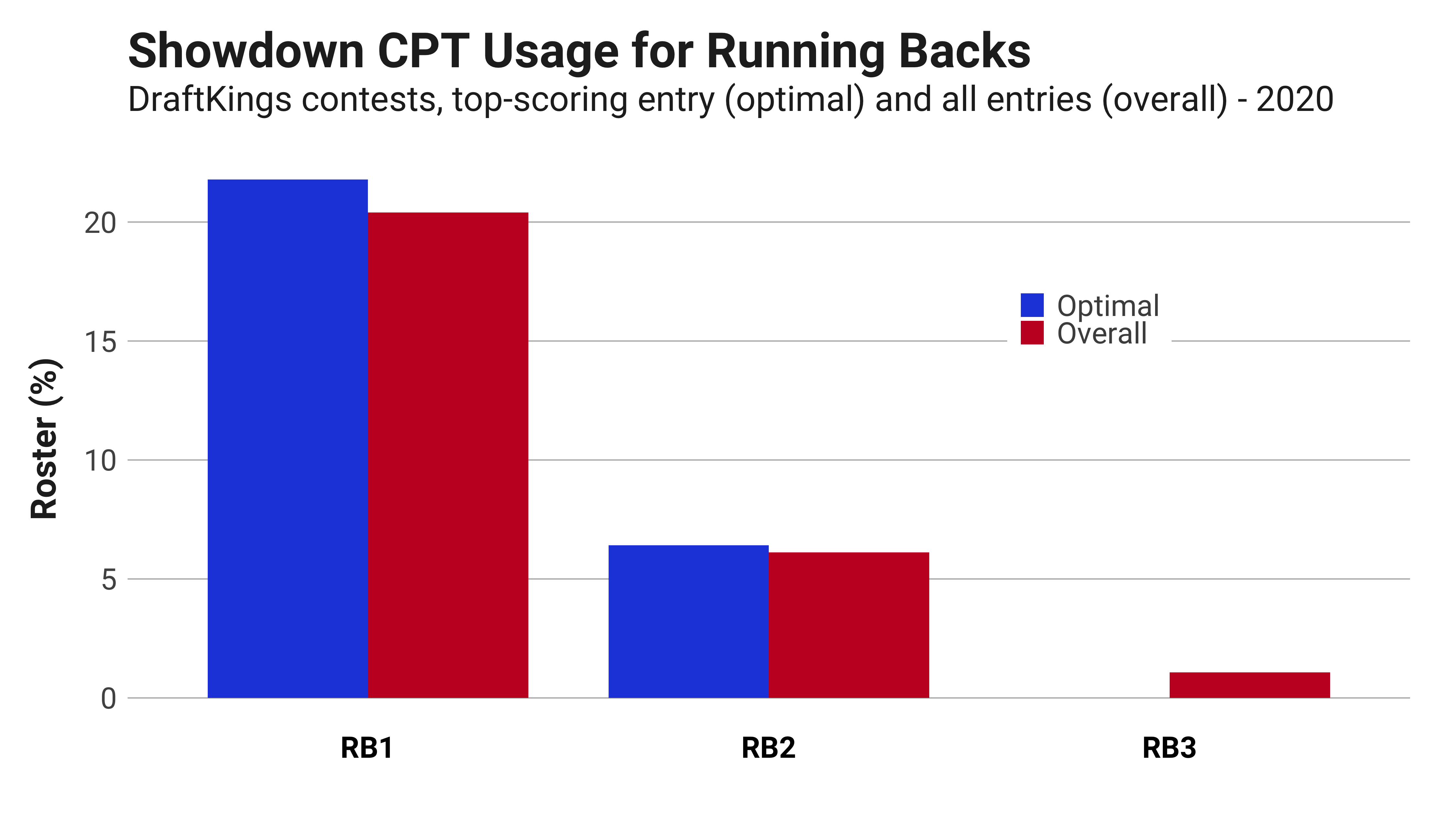