Week 13 is here, so it’s truly a great day to be great. Today’s goal is to break down the week’s key fantasy football questions facing the quarterback position before producing the group’s specific ranks. Updated ranks throughout the week from myself and the rest of the PFF Fantasy crew can be accessed with PFF+. 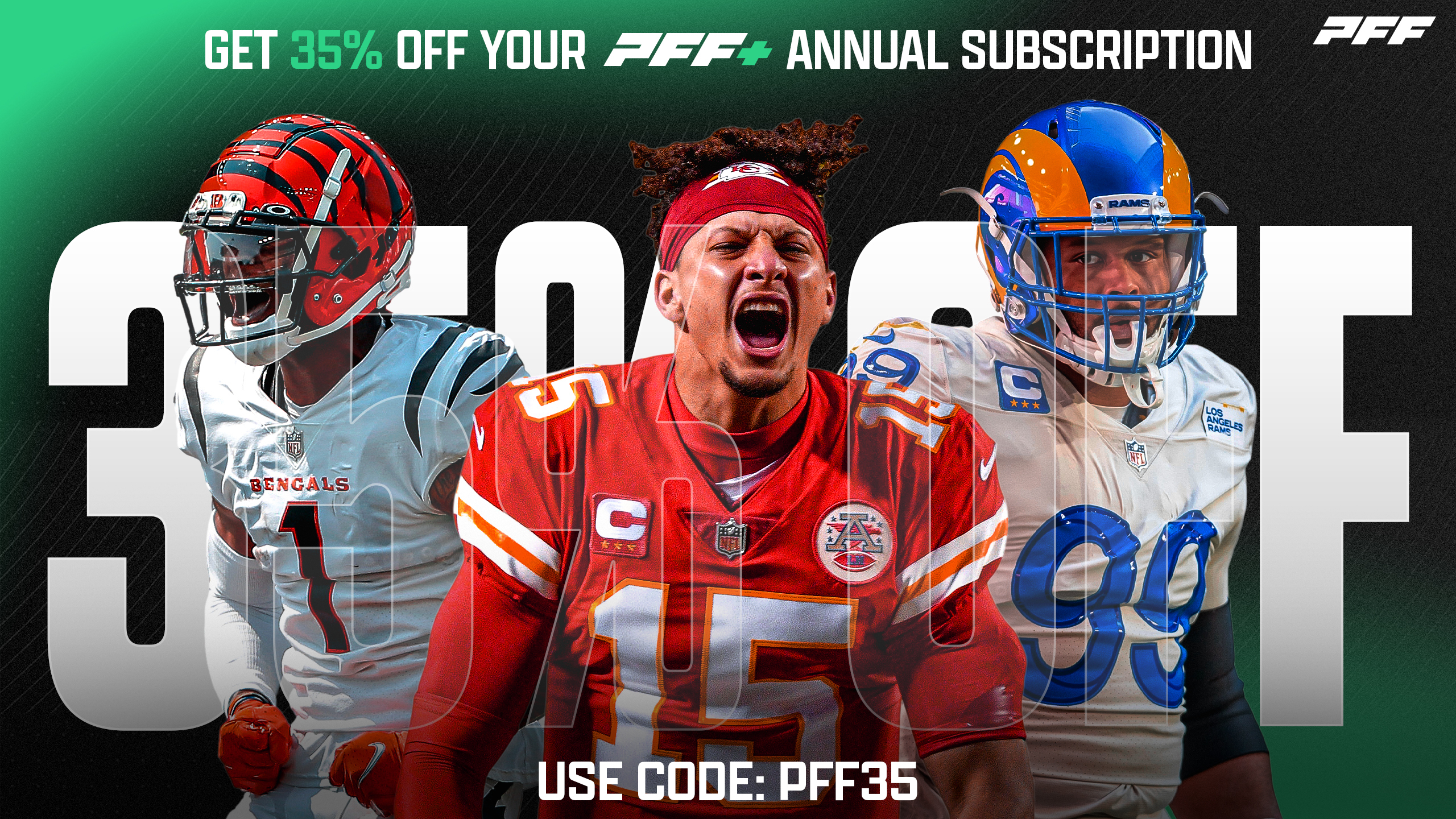 It’s not like the 2021 NFL Draft’s No. 1 overall pick has sucked in every game this season, but the complete picture certainly hasn’t been full of highs:

Overall, Lawrence trails only Joe Burrow in PFF passing grade over the last month of action. Nobody has been more accurate in terms of adjusted completion percentage (87%) during this stretch. T-Law has looked every bit like the “generational” quarterback prospect that he has been lauded as for years, especially down the stretch of the Jaguars’ exhilarating comeback victory over the Ravens.

Trevor Lawrence in the 4th quarter today against the Ravens.

Don’t be surprised if the good times keep rolling against the Detroit Lions’ 30th-ranked defense in EPA per pass play.

Cleveland Browns QB Deshaun Watson’s suspension is over, so he will start under center in Week 13 against the Houston Texans. And some people still think that we don’t live in a simulation.

Off-the-field issues aside: Watson deserves to be in the top-five fantasy and real-life quarterback conversation. The former point isn’t really up for debate:

Overall, Watson’s average of 22 fantasy points per game is the second-highest mark in NFL history behind only Patrick Mahomes (23.4). Madness.

Watson suddenly gives the Browns offense a newfound sky-high ceiling for their stretch run, but just realize Jacoby Brissett played as well as could be expected during his absence.

No, Brissett isn’t someone capable of consistently putting the team on his back and engineering elite offensive performances, but the Browns’ 30th-ranked defense in scoring and 27th-ranked unit in EPA allowed per play is far more at blame for the team’s 4-7 starts than the veteran journeyman:

Was Jalen Hurts created in a fantasy football laboratory?

Hurts has ripped off top-five fantasy performances on seven separate occasions this season. Only Josh Allen (nine) has more, and he’s the back-to-back reigning, defending, undisputed fantasy QB1 of the world.

While Hurts hasn’t made a habit of putting up massive performances through the air (one game with 250-plus passing yards since Week 3), his rushing usage is on pace to shatter records. Overall, the Philadelphia Eagles‘ QB1 is on pace for 196 carries this season – easily more than 2019 Lamar Jackson’s all-time record of 176.

This rushing floor has given Hurts arguably the highest fantasy floor in the game, as he joins Allen as the only quarterbacks with nine top-10 fantasy finishes this season. Hurts’ ability to push the pile has been a huge weapon for the offense, as he’s picked up first downs on 21 of his 24 QB sneak attempts through 12 weeks of action.

Fire up Hurts as his typical sky-high upside QB1 self against a Tennessee Titans defense that has allowed the sixth-most fantasy points per game to the position this season.

What quarterbacks are more responsible than others for their offense’s pass-protection woes?