Hello, and welcome to Week 17 of the Expected Fantasy Points Report. If you’re unfamiliar with expected fantasy points, you can read this in-depth explanation from the offseason. You can also read more about expected touchdowns.

Through 16 weeks of action, here are the top-25 players in expected fantasy points per game:

(Note: Full-season XFP is now available for download in spreadsheet form. We’ll be releasing it each week in our PFF Elite Facebook Group. This spreadsheet will also include valuable PFF-exclusive metrics like XTD, air yards, end zone targets, and more. If you’re not already an Elite subscriber I highly recommend joining.) 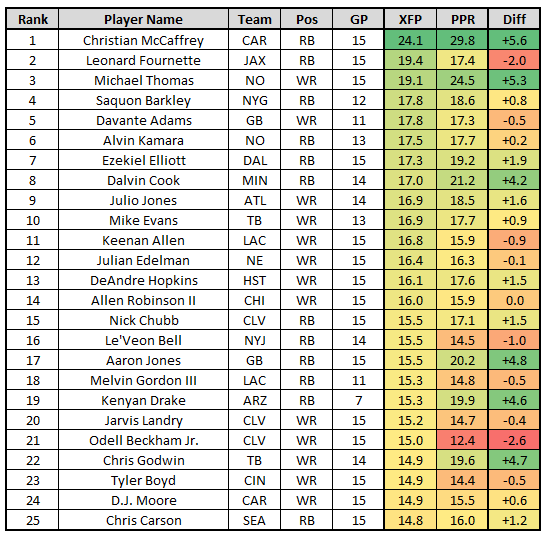 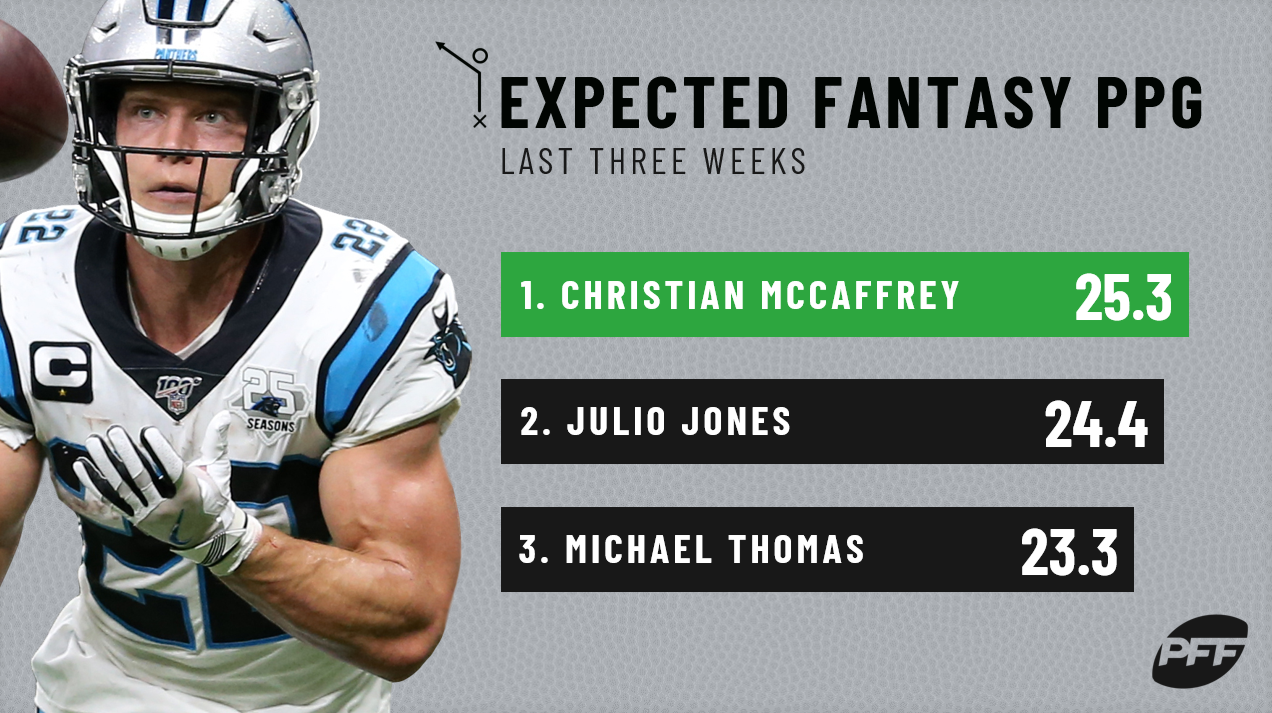 Freeman exploded in a dream matchup last week, scoring 33.7 fantasy points on a 21.9-point expectation. Freeman continues to be one of the league’s most matchup-sensitive players for fantasy. In six games against defenses ranking bottom-15 in fantasy points per game allowed to opposing running backs, he averages 22.0 fantasy points per game. Across his other seven games, he averages just 8.0. Although Freeman saw good volume last week, he continues to get pulled near the end zone, capping his upside. Freeman saw just one of the team’s three running back opportunities inside the 10-yard line last week, and, across the full season, he’s seen just six of 22 (27%). On top of that, he goes from a best-possible matchup at home against the Jaguars to a worst-possible matchup on the road against the Buccaneers.

Robinson and Miller disappointed last week, but their numbers still look impressive over a broader sample. Since Week 12, Robinson ranks third in XFP per game (20.0) and fourth in fantasy points per game (20.1), while Miller ranks 16th (14.6) and 19th (15.6). The matchup is far more attractive for Robinson than for Miller, however, as Minnesota ranks top-10 in fantasy points per game allowed to slot wide receivers but bottom-three to wide receivers running their routes on the outside.