With the tackle-needy teams seemingly growing year after year, they’re finally in luck. Five guys are likely to end up in the first round with a few more possible to sneak in the back. Jonah Williams is unquestionably our top guy after three years of superb grading at Alabama, although some may see him as a guard. The No. 2 spot on the list is more hotly contested, but Andre Dillard’s NCAA leading pass-blocking grade gets the nod. Jawaan Taylor, Dalton Risner and Cody Ford round out the likely first rounders and all have excelled in the PFF grading system. 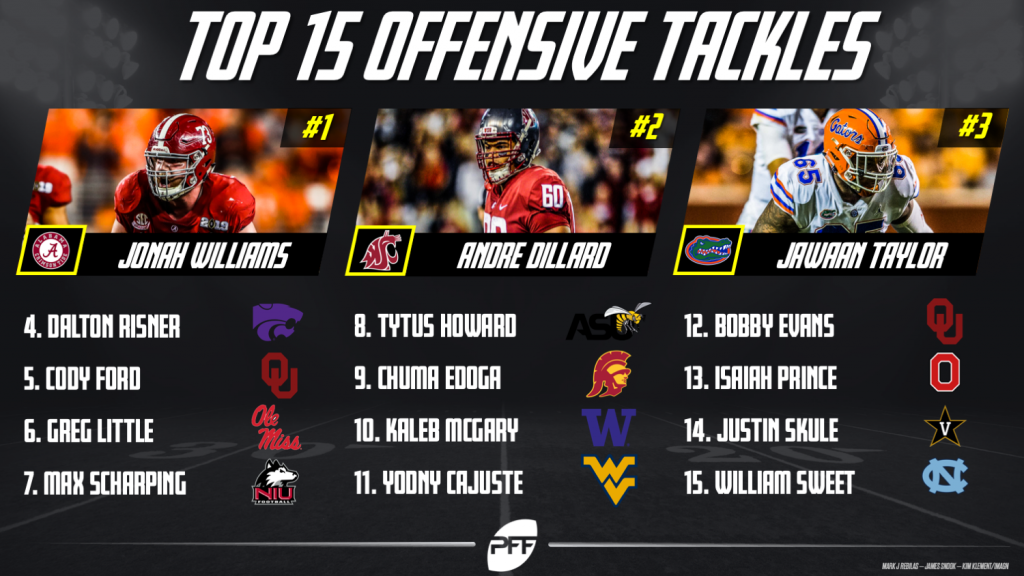 The Alabama left tackle was the second-highest graded tackle in the nation despite facing stout SEC competition and allowed only 12 pressures.

Dillard had the highest pass-protection grade of any starting tackle in the country at 94.0 this past season. 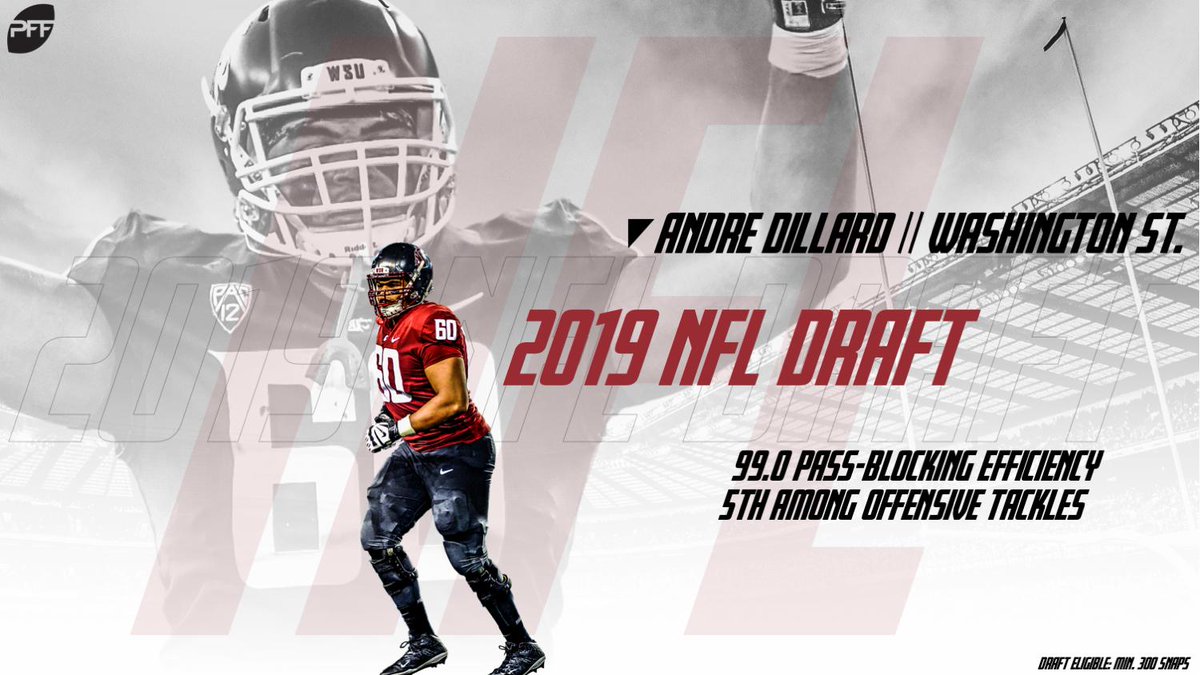 Risner started all four seasons at Kansas State, and his lowest single-season grade was 87.9 overall. 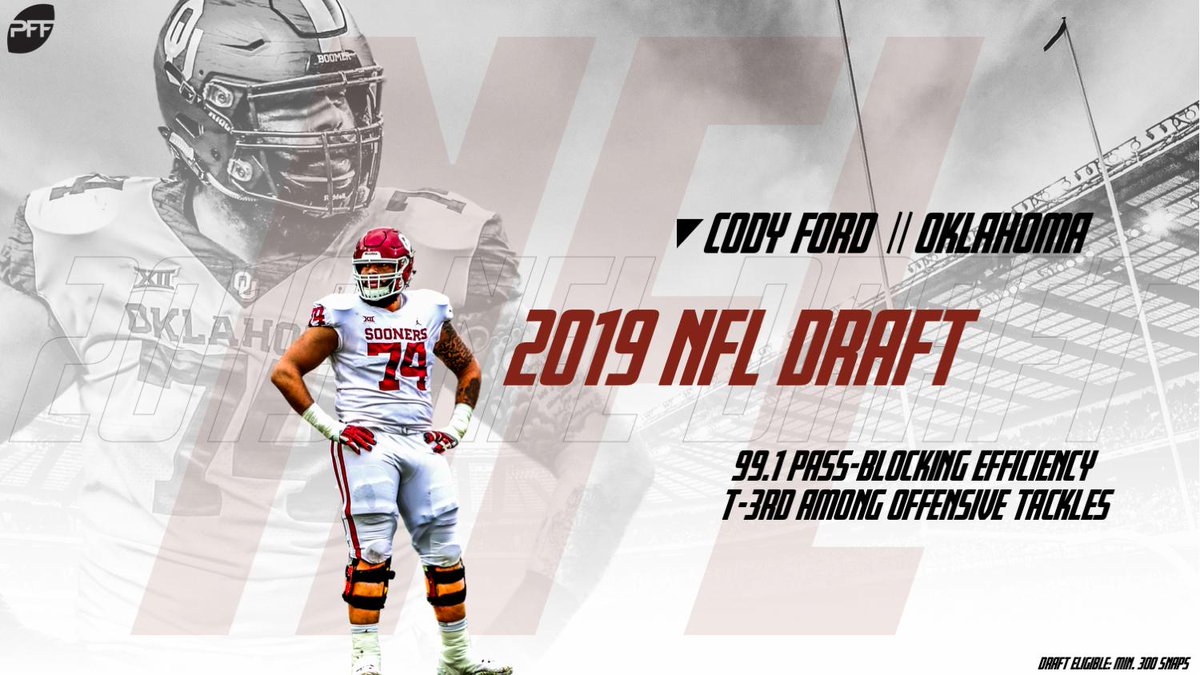 Over the past two seasons, Little allowed all of 26 total pressures on 993 pass-blocking snaps.

Howard held up very well in his time against FBS competition, pitching a shutout on 38 pass-blocking snaps against Auburn this past season. He also had the highest win rate of any tackle in the 1-on-1s at the Senior Bowl.

Edoga is slightly built and needs to add more muscle to his frame, but he is already stingy in pass protection. He allowed four pressures all last season. 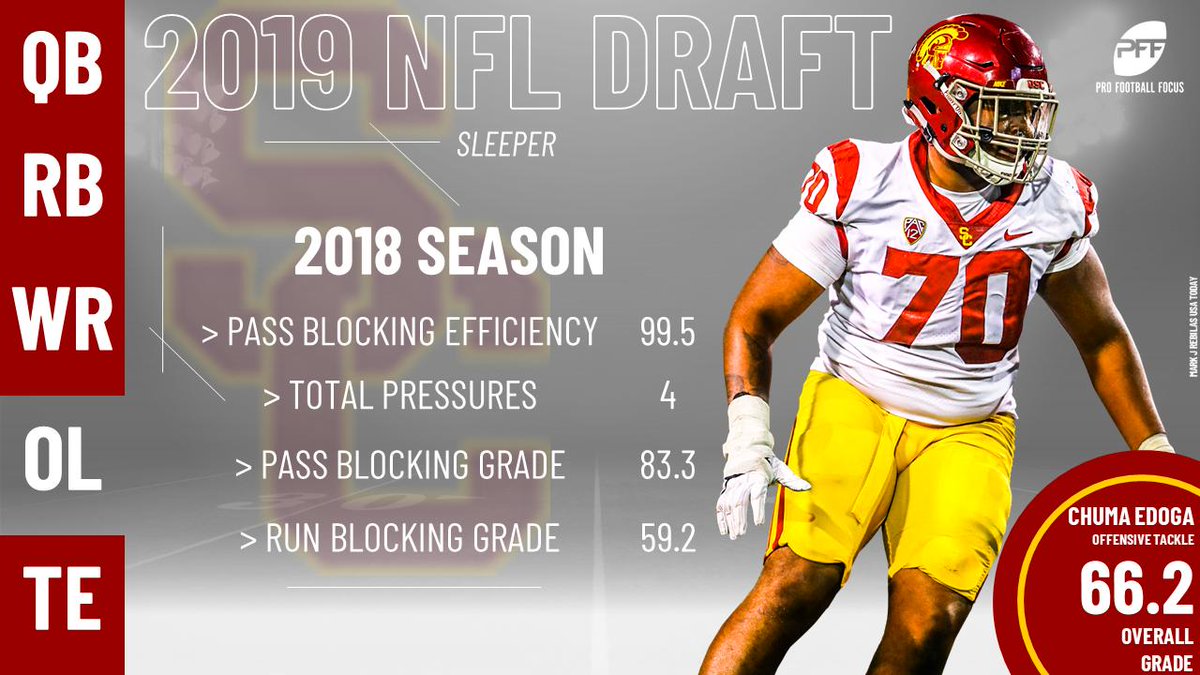 McGary stands an imposing 6-foot-7 and has rare athleticism for a man his size. He has some of the most dominant reps in the run game of any tackle in this class.

A torn quad might hurt his draft stock, but Cajuste is one of college football's most accomplished pass protectors. On 885 pass-blocking snaps the past two seasons, he allowed only 25 pressures.

Anchored by his impressive 87.5 pass-blocking grade, Sweet finished the 2018 season ranked sixth in overall grade (81.2) among FBS tackles entering the 2019 NFL Draft with 400-plus offensive snaps played a year ago.