PFF Data Study: Can the Consensus Big Board really predict the 2021 NFL Draft?

Kyler Murray poses with his new jersey after being picked first by the Arizona Cardinals during the first round of the NFL Draft Thursday, April 25, 2019, in Nashville, Tenn. Gw41345

Draft season is rankings season, and that’s not just true for the 32 NFL teams.

Many draft analysts create their own draft big boards, but how meaningful will those rankings be when the 2021 NFL Draft arrives? How many top-100 picks will have also featured in the top 100 on the 2021 NFL Draft Consensus Big Board? And, maybe most importantly, who is best when it comes to ranking players, the 32 NFL franchises or the big boards constructed by outside scouts and draft analysts?

In this article, we want to answer these questions using Arif Hasan’s 2021 NFL Draft Consensus Big Board, a single draft board compiled from roughly 60 individual big boards. Hasan has been collecting these big boards since 2014.

We start by comparing actual draft position to the ranking on the consensus big board. For this, we answer the following question: For a given number X, what percentage of players drafted in the top X was also ranked in the top X of the big board?

The following chart gives the result for every X. 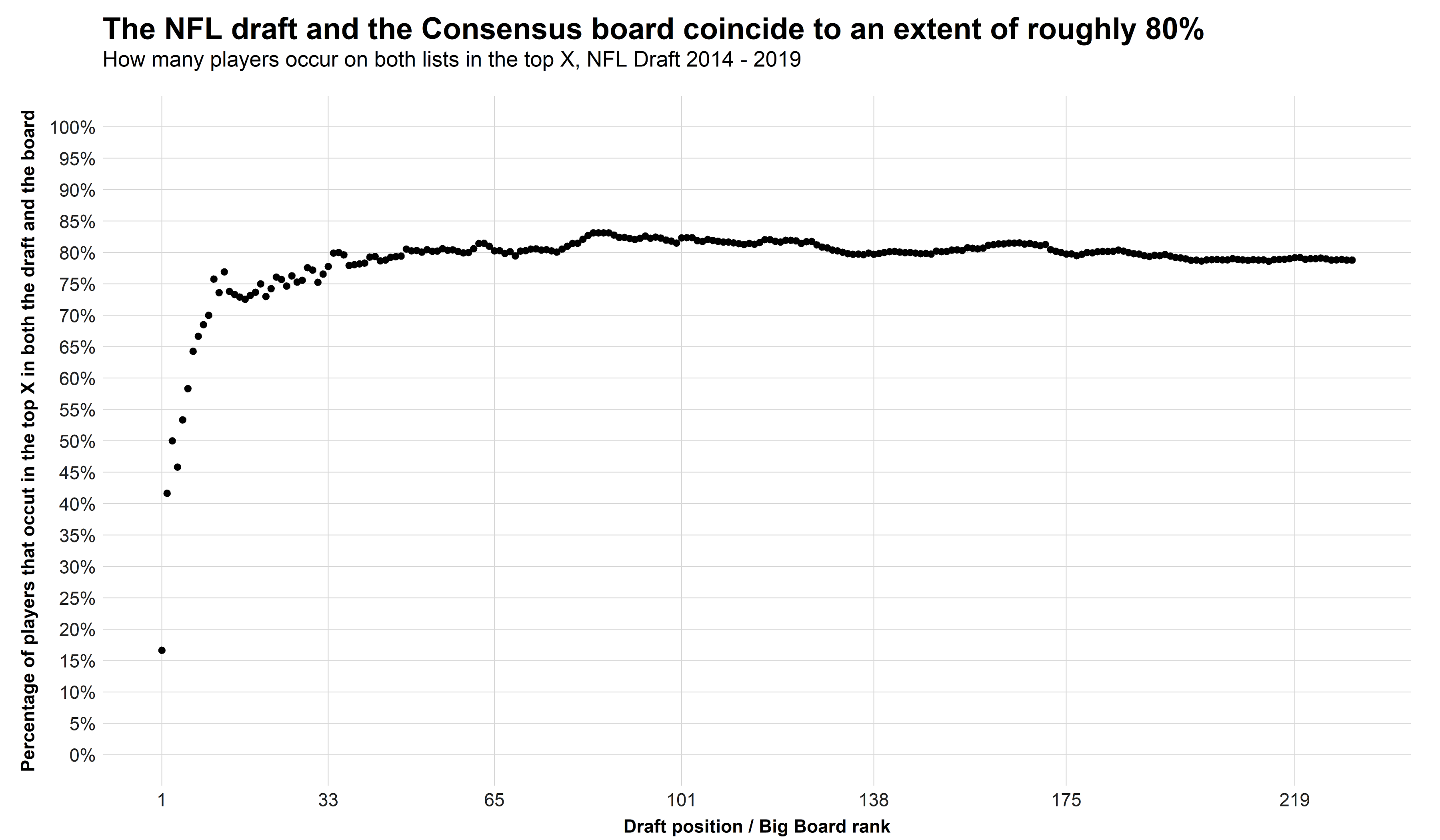 Apart from some noise early on (which we will explore later on), the NFL draft and the consensus big board coincide to an extent of 80%. This rate is fairly constant.

Such a high rate seems expected for the top of the draft. After all, there is a lot of buzz around these players, and insider information from teams might influence the players' rankings. Still, it’s pretty astonishing that the consensus big board manages to correctly identify 80% of the players selected in the fourth, fifth and sixth round.

To study this, we compute two numbers for any given number X:

If NFL teams are better than the public at finding the best prospects, we should find that for any given X, the first number exceeds the second.

The following chart shows these numbers for every X. 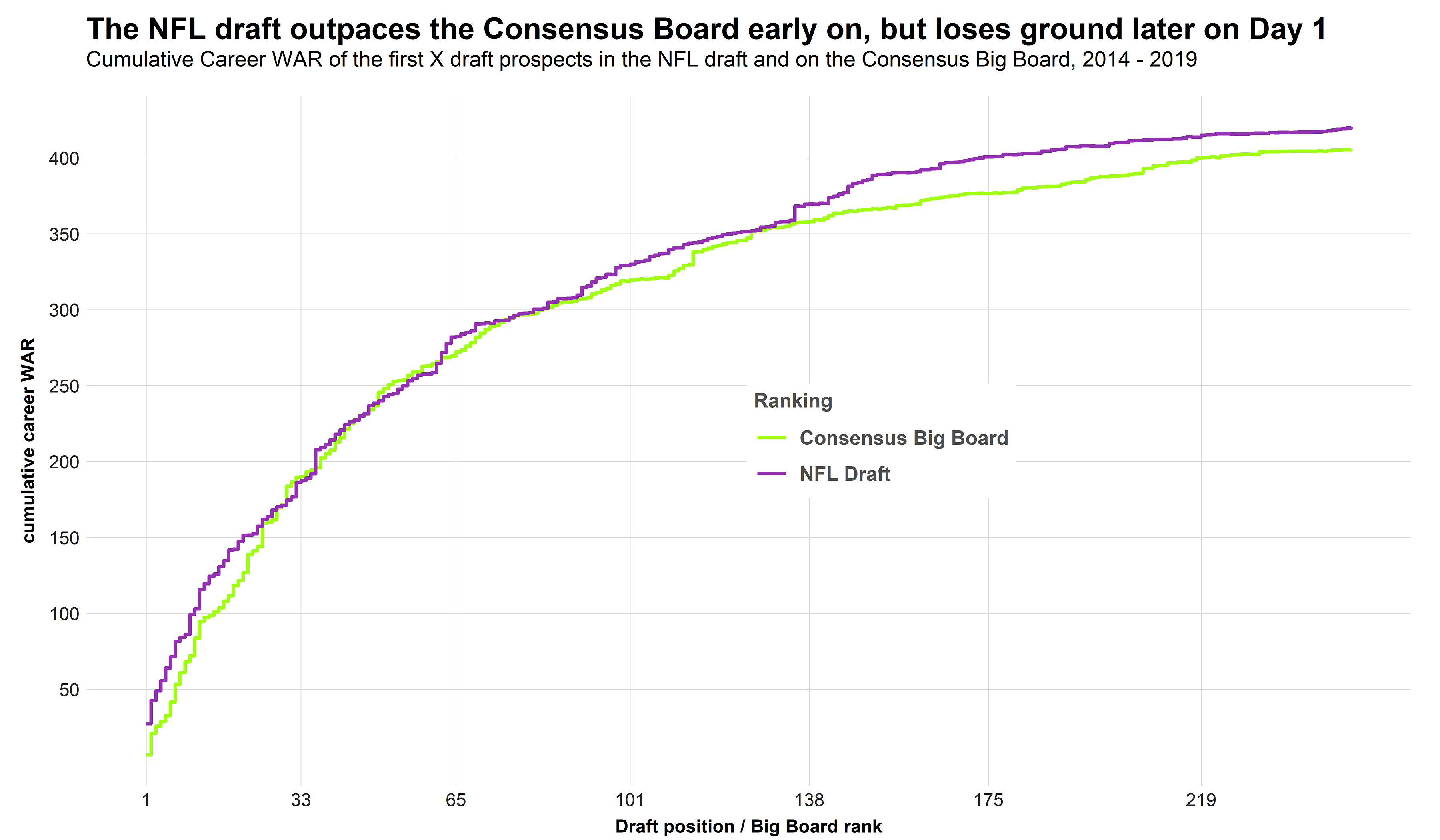 The results are mixed. The NFL draft outpaces the big boards at the top, as the players drafted within the first 18 picks gained roughly 32% more WAR than the top 18 players on the big boards. That’s a pretty substantial gap.

However, the big board closes that gap shortly after and remains in a head-to-head race with the NFL draft until the end of the third round, at which point the draft starts pulling away again.

What exactly is happening there? To answer this, let’s look at what happens in the fourth round, where the NFL draft takes the lead, falls even with the big board around Pick 114 and then pulls away for good at Pick 135.