With the 2019 NFL Draft now just hours away, Pro Football Focus' Mike Renner drops his final mock draft for the 2019 class. The three-round mock draft below is a predictive mock that reflects what Renner thinks teams will do, not what he would do with the picks themselves.

Renner pulled the trigger on four trades in his final 2019 NFL Mock Draft; details are listed below.

Houston Texans send picks Nos. 23 & 86 to Carolina Panthers in exchange for pick No. 16. 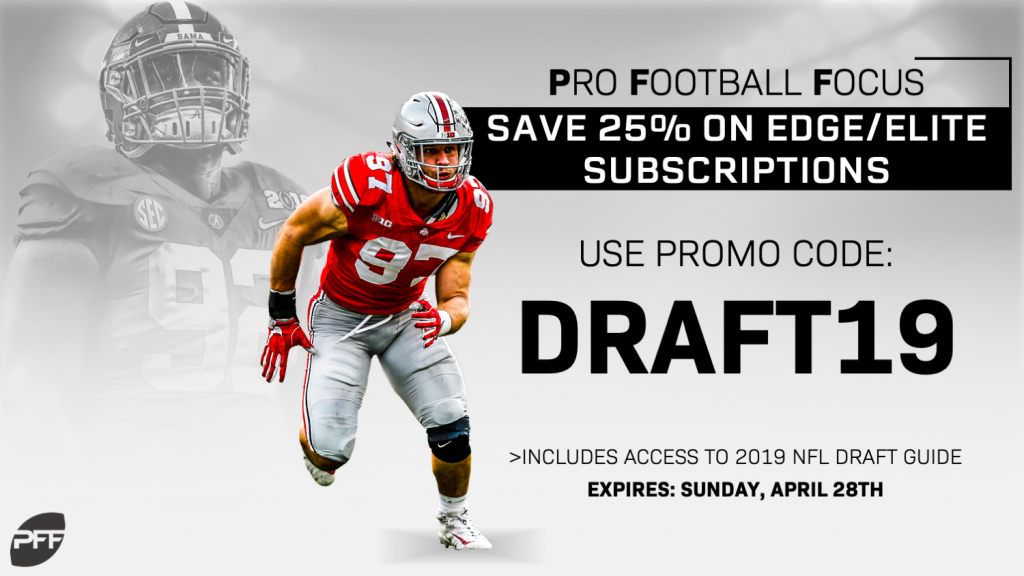 Not buying the smoke, Murray is the pick

From a need, talent and value (No. 2 player on our draft board), this makes too much sense.

The Jets tried to add edge talent all throughout free agency and finally get their guy.

No ‘surprise' here. Quinnen is too damn talented for the Raiders to overthink.

The first trade of the draft! After scraping the bottom of the barrel in the QB market, Elway finally has a chance to get his guy.

The Cutcliffe-Manning connection is too much for the Giants to pass up.

I'm selling any chance of Williams falling. His tape and work ethic is an OL coach's dream.

They just went LB back in 2017, but it can still be addressed. White is too rare an athlete to pass up.

The interior rush for the Bills is non-existent at the moment with Kyle Williams' retirement.

Sweat offers similar skillset to Jason Pierre-Paul and could learn from the veteran edge rusher.

Protecting Andy Dalton – or whoever is behind center – should be priority number one with how bad this line was last year.

The Redskins jump the QB-needy Dolphins to get their guy to develop.

They don't have to go QB, especially considering how bad his pass protection would be if the OL is left unaddressed.

The Falcons love athletes on the defensive side of the ball, and no edge in this class has more of it than Gary.

Call it a ‘safe' pick if you want, but Hockenson offers a consistent middle of the field weapon the Packers have missed.

The Texans get antsy knowing the Giants and Vikings could be in the tackle market.

Big and fast is a combination Dave Gettleman is likely to fall in love with.

Lindstrom is the most solid pass-protecting guard in this class with plug-and-play ability.

The Titans need a complementary piece to Jurrell Casey, and Wilkins' versatility would be put to good use in Tennessee.

The Steelers have famously stuck to their guns when drafting secondary, and Ya-Sin would be no different.

No Frank Clark means no semblance of an edge rush in Seattle currently.

Ravens get their replacement for CJ Mosley. Bush brings some attitude to a depleted front-7.

Risner has the flexibility to start at any position along the offensive line, which sets them up well in coming years.

With Marshawn Lynch retiring, the need is obvious. Jacobs receiving skills will be coveted highly.

The Packers go back to the well. Williams' fits the Packers scheme far better than Josh Jackson, who could be a candidate to move to safety.

Nose is the biggest hole currently on the Colts' defensive line, and Lawrence offers legitimate three-down ability from the position.

Hollywood gets to be with his cousin in Vegas. Starting him off in the slot early in his career could be the best way to get immediate production from Brown.

The Chargers get their single-high dynamo to pair with Derwin James' box prowess. That's a lot of speed on the back end.

Fant's speed down the field would be put to good use in the Seahawks' play-action game.

Abram's run and hit ability is special for the position although he may be limited to a box role.

The best scheme fit in the draft, Bradbury is an elite zone-blocking center.

Length and versatility is a calling card for Patriots defensive linemen. Tillery offers both. 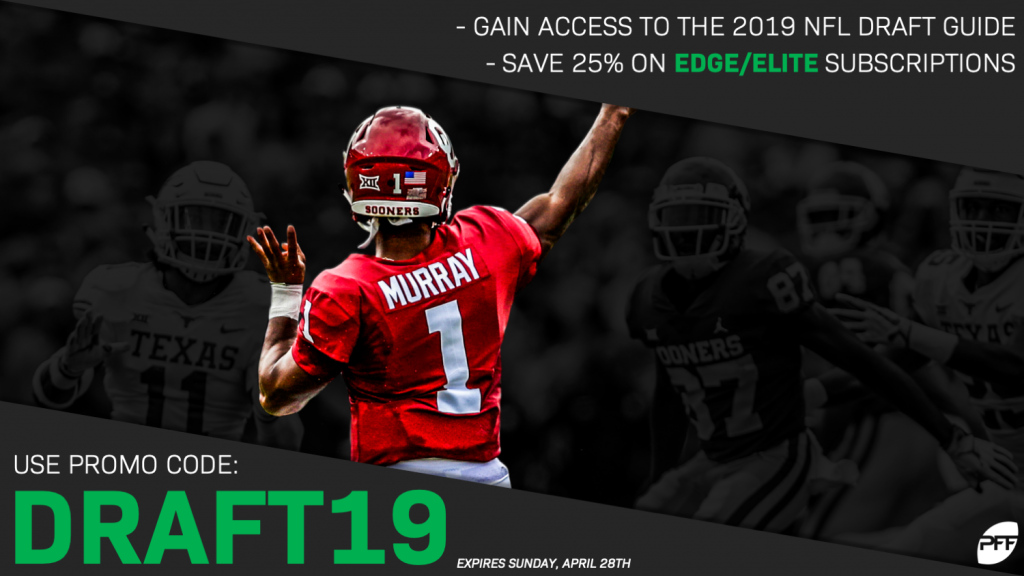 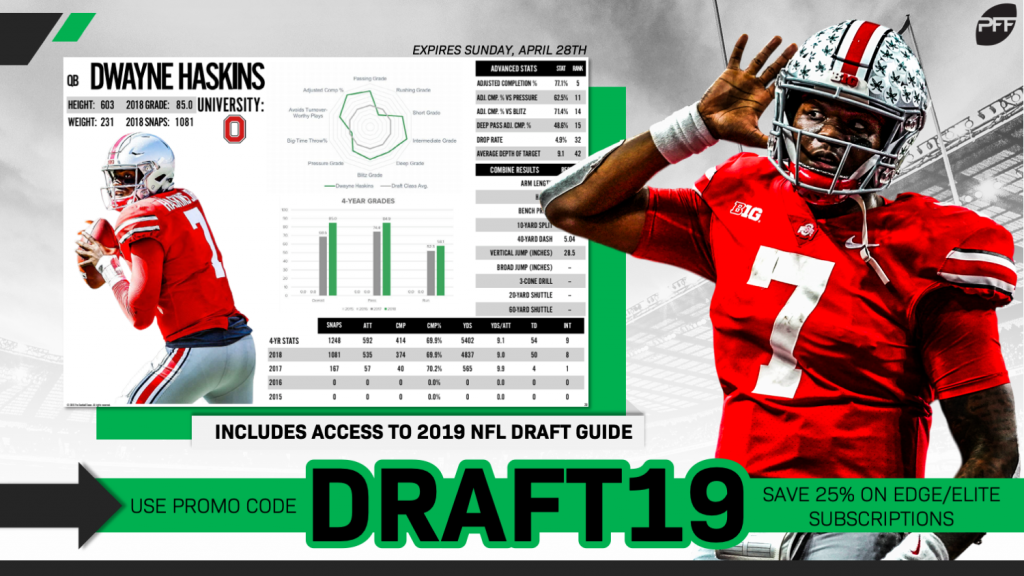