The NFL Draft season is upon us and player evaluations are in full swing. A common theme in player evaluation is to compare a prospect with a previous NFL player with similar traits. However, with more than a decade of PFF’s data at hand, we can go a little deeper with our player comparisons.

Comparing University of Washington interior defender Vita Vea with former Baltimore Raven and current Detroit Lion Haloti Ngata is a going to be a common occurrence this spring, and the comparison has merit. While comparing Ngata’s rookie NFL stats to Vea’s 2017 stats at Washington is seemingly apples-to-oranges, examining the numbers can still shed light in comparing that the two players won in similar fashion.

Both are in the same weight class

The two men possess similar builds coming out of college, as Ngata measured  6-foot-4, 338-pounds when he left Oregon in 2006. Vea is expected to measure approximately 6-foot-4, 340-pounds himself when he officially gets measured at the 2018 NFL Scouting Combine. In addition to the rare size, both players possess unnaturally light feet and quickness for someone of their weight which makes them highly coveted NFL draft prospects. 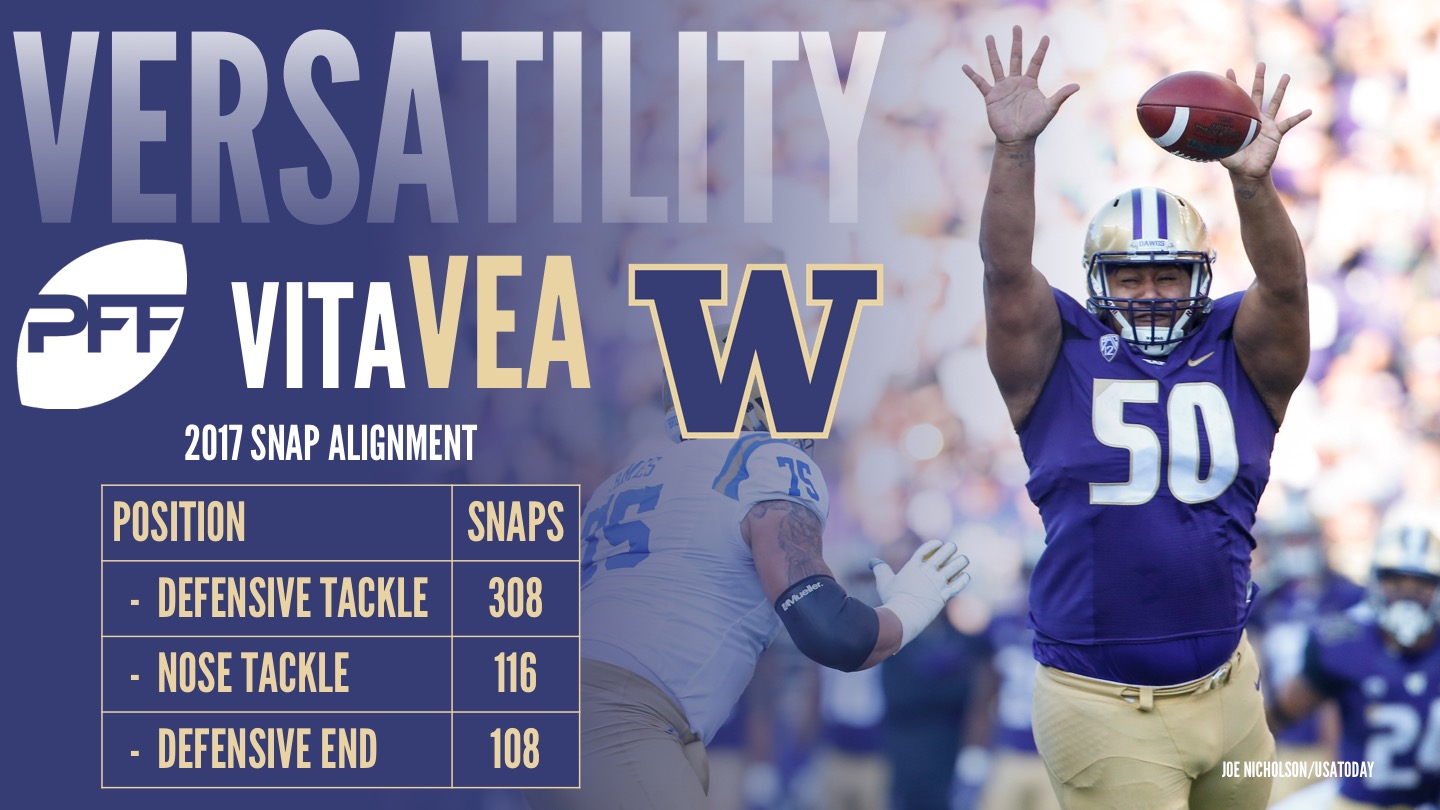 Ngata and Vea were both elite run-defenders their final year of college. Both of these players are difficult for one blocker to move at the line of scrimmage due to their size and ability to hold their ground, and both possess the raw strength to toss an offensive lineman quickly aside to make a tackle. As a rookie, Ngata piled up 33 run stops, which ranked No. 2 among NFL 3-4 defensive ends and Ngata’s run-stop percentage of 9.6 ranked No. 9 among the same group. Vea had 25 run stops in 2017 for the Huskies, and his run-stop percentage of 12.0 ranks No. 4 among all draft-eligible FBS defensive tackles. Vea’s 91.6 run-defense grade ranks No. 2 among all FBS draft-eligible defensive tackles. 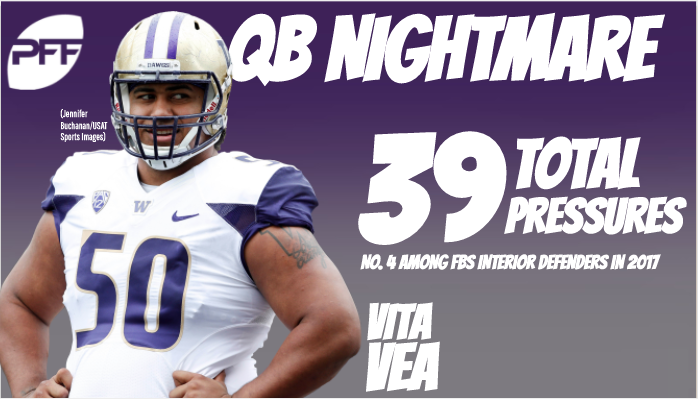 As prospects, Ngata and Vea could both be viewed as capable of generating pass-rush production from different spots along the defensive line. They both won as college pass-rushers with a devastating bull-rush to collapse the pocket. They both also used that strong bull-rush to set up a push-pull move when they felt their opponent sinking their weight.

With similar builds, foot quickness, playing strength, run-defense prowess, ability to generate an interior pass-rush and to line up at different spots on the defensive line, the Haloti Ngata-to-Vita Vea comparison is a fair one. It would be well within reason to expect a similar type of rookie production from Vea as we saw from Ngata in his rookie season in 2007.