David Bell was one of the class' biggest fallers from the NFL combine, where he posted a 4.65-second 40-yard dash (11th percentile). That slower performance, combined with running an even worse 4.74-second time at his pro day, has pushed his status from a possible second-round pick to potentially falling out of Day 2 altogether.

Still, we know NFL front offices generally overrate speed, and Bell’s combine wasn’t that bad, according to my model that focuses on actual NFL value. 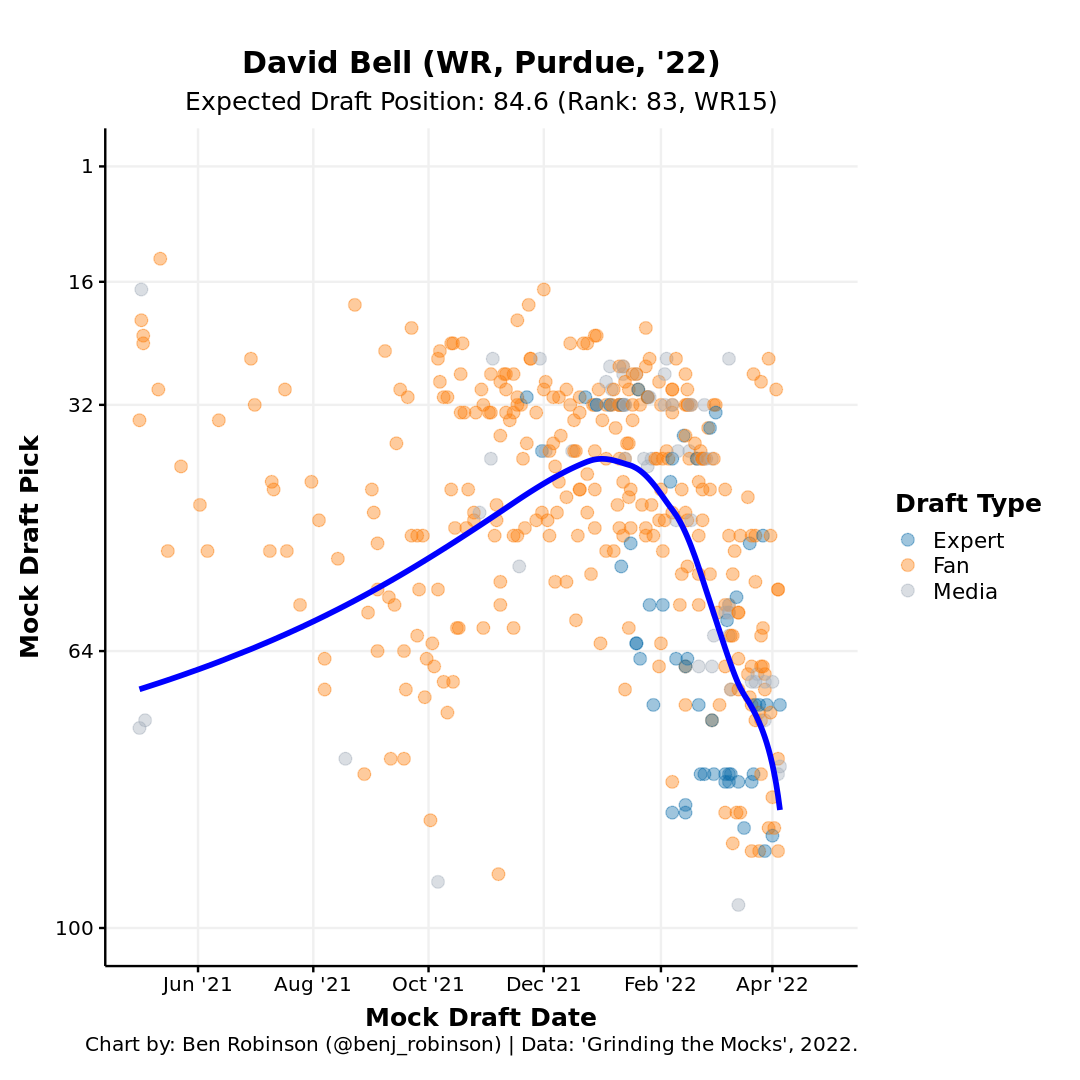