Calvin Austin III announced his arrival with one of the best NFL combine performances of the class, posting the fastest 40-yard dash time at 4.32 seconds, jumping 11-feet, 3-inches in the broad and 39 inches for the vertical.

Austin is now commonly mocked in the second round, even though any Day 2 selection seemed inconceivable even a few months ago. 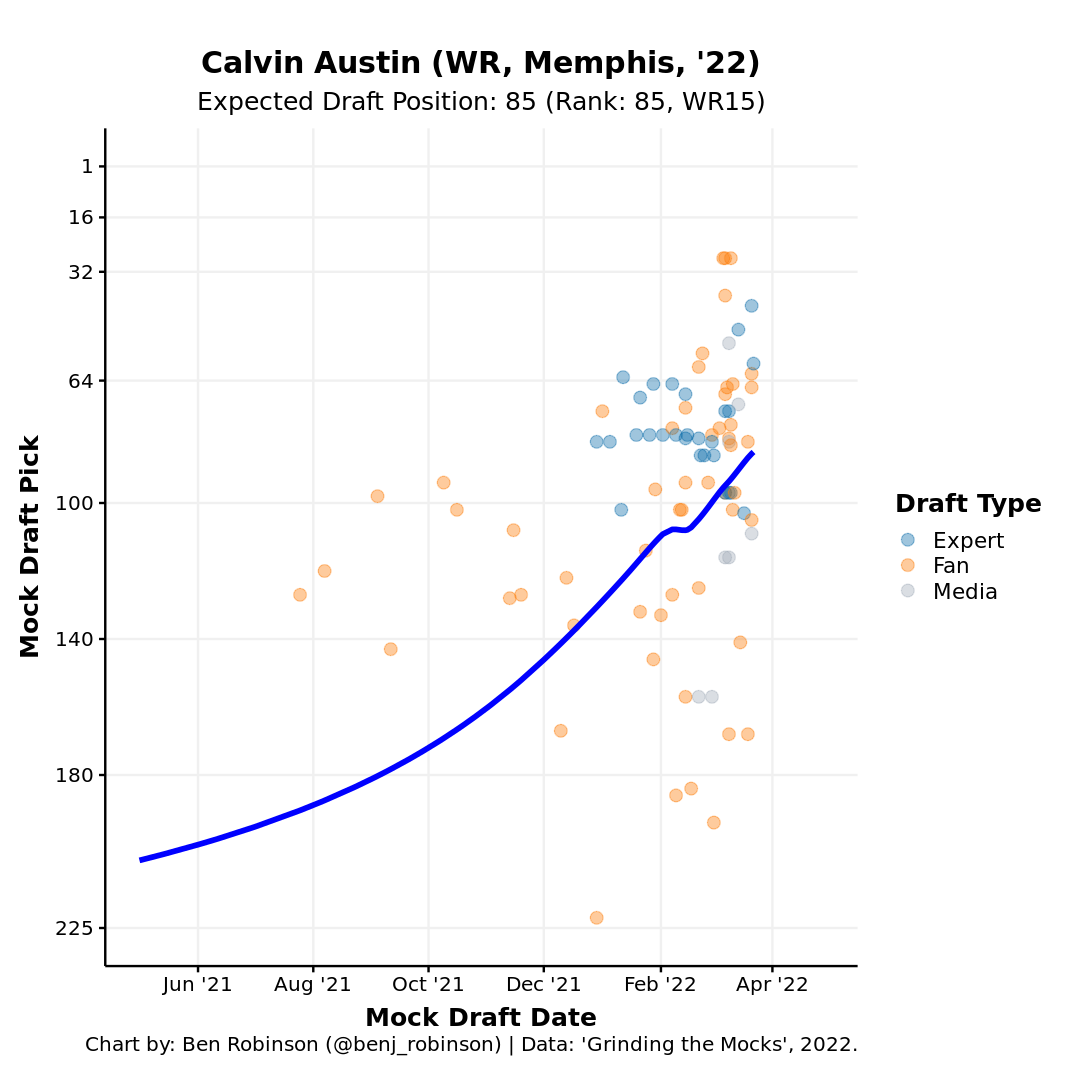 The Memphis product's lack of production is a red flag, especially for an older player who redshirted and still exhausted four years of eligibility. Austin posted over 1,000 yards receiving his final two seasons but never averaged more than 100 yards per game in a college season.