I’m taking the best number from either the prospects' NFL Scouting Combine or pro-day performances. If the 40-yard dash time or vertical jump are missing, I estimate them based on historical modeling with weight and available other workout metrics.

According to my numbers, Zamir White was the winner of the NFL combine, as he ran a 4.40-second 40-yard dash at 214 pounds while posting a 10-foot-8 broad jump.

His 10-yard split, which I found is more important than the full 40-yard dash, was the second-fastest of the entire class, at 1.50 seconds.

White’s draft stock has improved since the combine, with the Georgia product showing up in several expert mock drafts in the late second or early third round. If he ends up a Day 2 pick, his chance of NFL success improves dramatically. 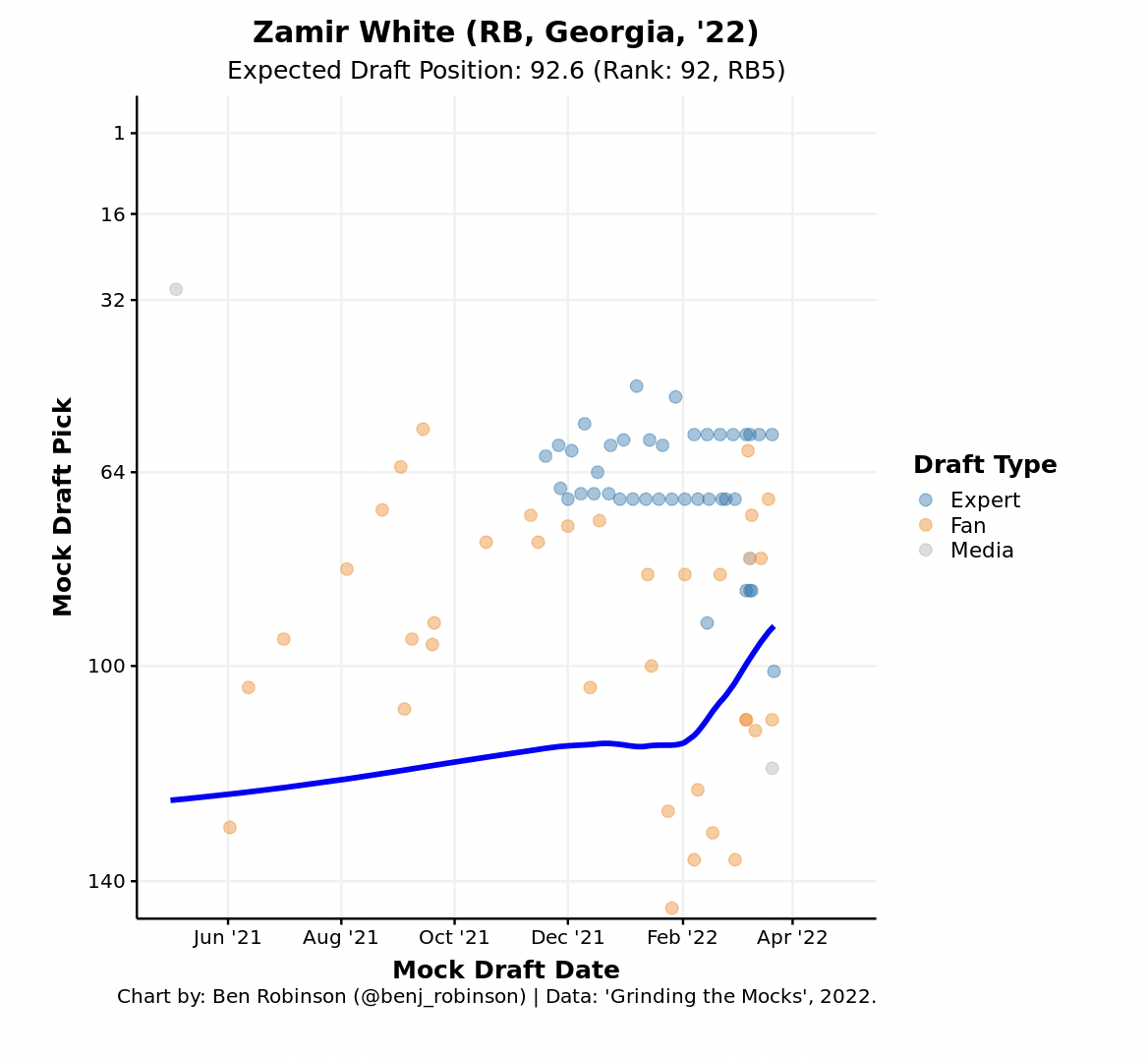 He was a five-star recruit and No. 1 running back entering college at the University of Georgia after winning the National Player of the Year Award in high school. He totaled over 2,300 yards in 11 games as a senior, but he only caught seven passes.

White tore his ACL in the playoffs of his high school senior year and again during summer camp before his freshman season. After redshirting as a freshman, he totaled 428, 816 and 931 scrimmage yards the next three seasons, playing in a crowded backfield with fellow 2022 prospect James Cook.

White led the Bulldogs in rushing yards and touchdowns in 2020 and 2021, though never dominated the backfield.