Georgia running back James Cook (4) runs the ball during an SEC football homecoming game between the Tennessee Volunteers and the Georgia Bulldogs in Neyland Stadium in Knoxville on Saturday, Nov. 13, 2021. Syndication The Knoxville News Sentinel

I’m taking the best number from either the prospects' NFL Scouting Combine or pro day performances. If the 40-yard dash time or vertical jump are missing, I estimate them based on historical modeling with weight and available other workout metrics.

James Cook hit all the marks you like to see at the NFL combine, even weighing in at 199 pounds, giving him a path to more than third-down work. Cook’s draft status has improved since the combine, and he now appears in the second round in a number of expert mock drafts. 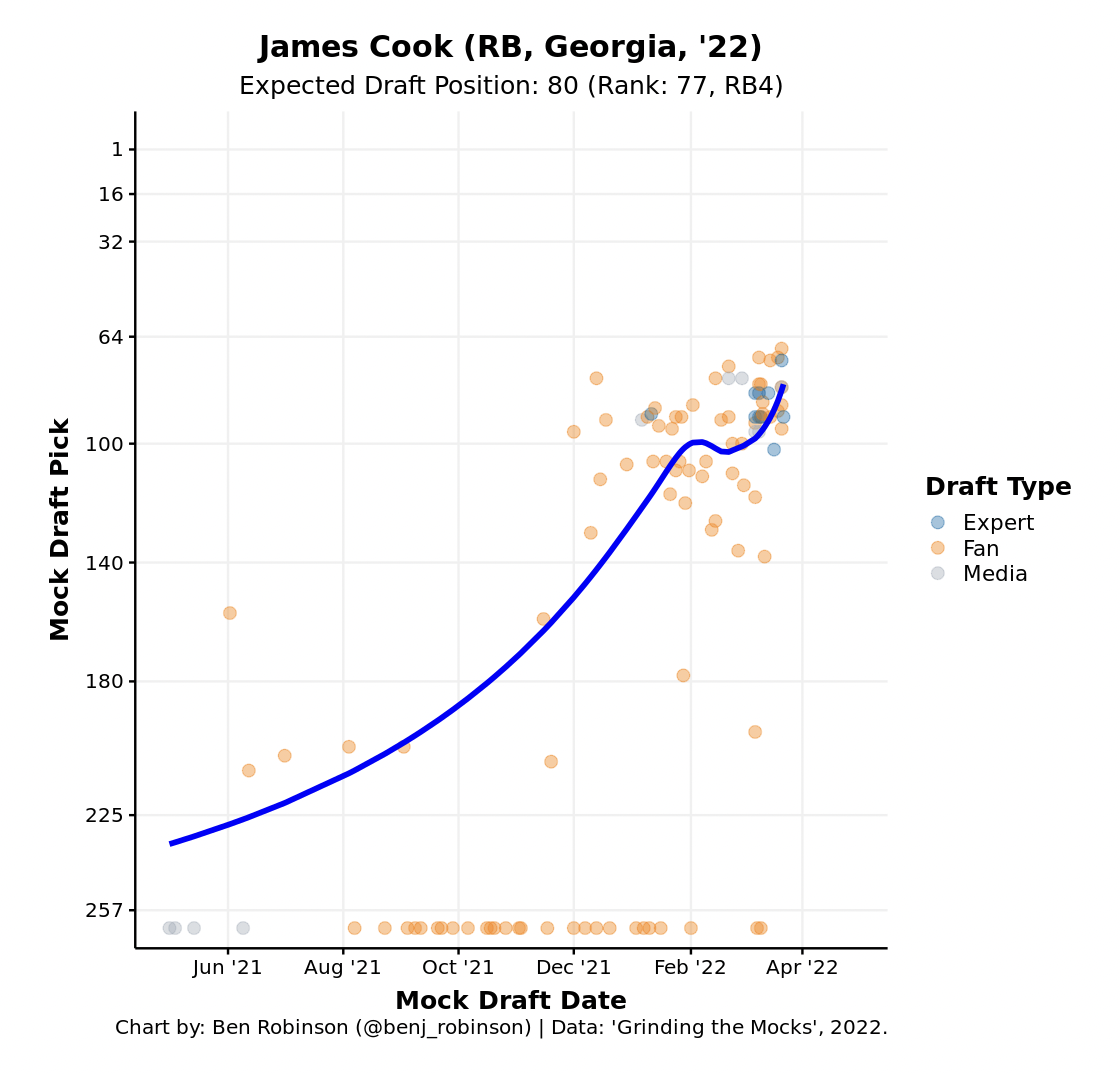 The biggest question for Cook is what role he’ll play in the NFL. It’s unlikely he’ll have the draft capital behind him to slot immediately into a workhorse role, but it isn’t unheard of for a sub-200-pound back to eventually work into that.