The All-MWC selections below are headlined by the first team with the second team listed below each position. 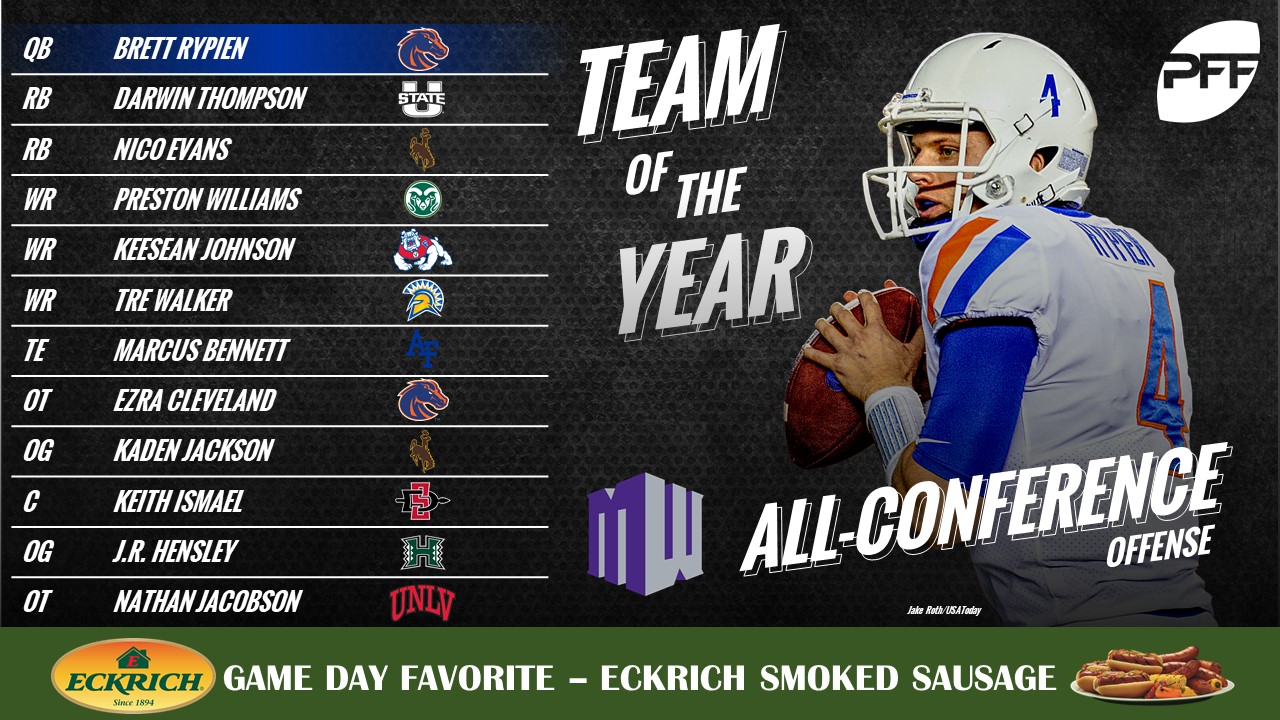 Rypien was stellar this season with 3,580 yards and an adjusted completion percentage of 76.4% (second). On top of that, he was the conference's best under pressure this year with a passer rating of 97.2.

Of Thompson's 951 yards, 706 came after contact and he forced 42 missed tackles.

Evans led the conference with 1,306 yards and had 53 missed tackles forced on his carries this season.

Walker only dropped two passes all season and had the best deep-ball reception percentage of 66.7%.

Bennett led the conference in yards per route run at 4.23, making the most of his snaps in route this season.

Cleveland was the highest-graded tackle in the conference by a full 10.0 points this season.

Jackson only allowed eight pressures this season and had a solid run-blocking grade of 74.9

Ismael was the best run-blocker in the conference and only allowed three sacks this season.

Hensley had more snaps in pass protection of any guard while allowing only one sack and a pass-blocking efficiency of 99.5.

Jacobson was solid at tackle this season as he was one of two tackles who graded above 70.0 in both run and pass blocking in 2018. 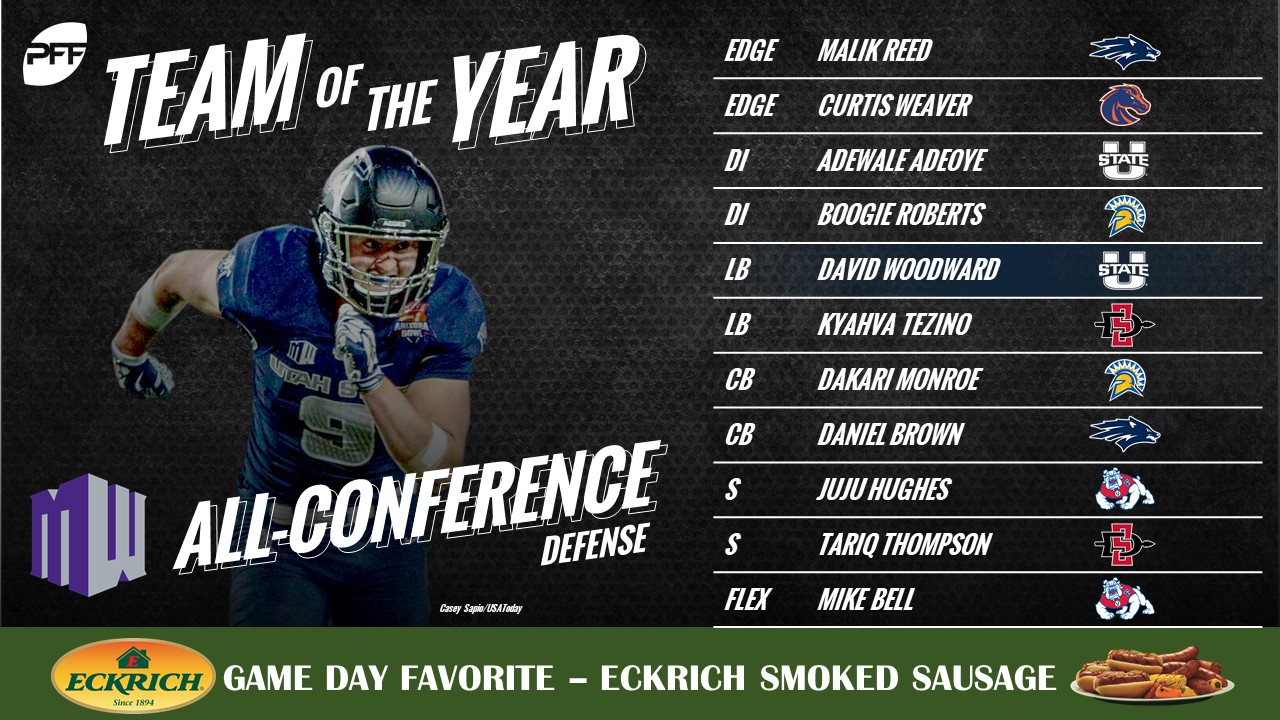 Playing in a more hybrid role this season, Reed was a truly well-rounded player. His 51 total pressures led the conference and he tied for the lead in tackles, with all but two of them going for stops.

Adeoye tied for the lead in tackles among interior defensive linemen and had the best run-stop percentage of 11.5%.

Roberts had double the total QB pressures (42) of the next closest interior defensive linemen in the conference. In fact, his 80.4 pass-rushing grade ranked as the 12th-highest among qualified interior linemen this season.

The nation’s surest tackler, Woodward flew all over the field for Utah State this season. Racking up a ridiculous 108 tackles, he missed just three attempts while also bringing down 49 defensive stops and 20 QB pressures on just 100 pass-rushes.

Tezino was third in run-stop percentage in 13.0% and second in pass-rush productivity of 11.6.

Monroe led the conference with 12 pass breakups and four interceptions while he was also top 10 in yards allowed per snap spent in coverage at 1.07.

Brown only allowed 47.5% of the balls thrown his way to be caught and was second in the conference among corners, allowing just 0.76 yards per coverage snap.

Hughes was tested all season with 46 targets (third most among safeties) while only allowing 50.0% completion percentage. He had seven pass breakups and three interceptions to see a passer rating of 45.6 when targeted.

Thompson was active in the run game with 25 stops on the season and in the passing game with five pass breakups and two interceptions.

Bell finishes in the top 10 of the conference, allowing 0.54 yards per snap in coverage and had a quarterback rating of 49.4 when targeted, which was fourth best.

Stonehouse averaged 38.3 net yards per punt, averaging a healthy 3.90 seconds of hangtime and knocking 25 kicks inside the opponent's 20-yard line.

Hayes averaged a ridiculous 20.8 yards per punt return, gaining 291 yards on just 14 returns and a touchdown.