After grading and analyzing every player on every play of every game during the 2018 college football season, it’s time we unveil the 2019 Preseason PFF All-MWC first team, second team and honorable mention for every position on offense and defense as well as for the first time ever, specialists.

The Preseason All-MWC list may differ a bit from any year-end look back at the previous season as we project to the 2019 season ahead of us. Find out which of these athletes made the PFF All-American team as well. 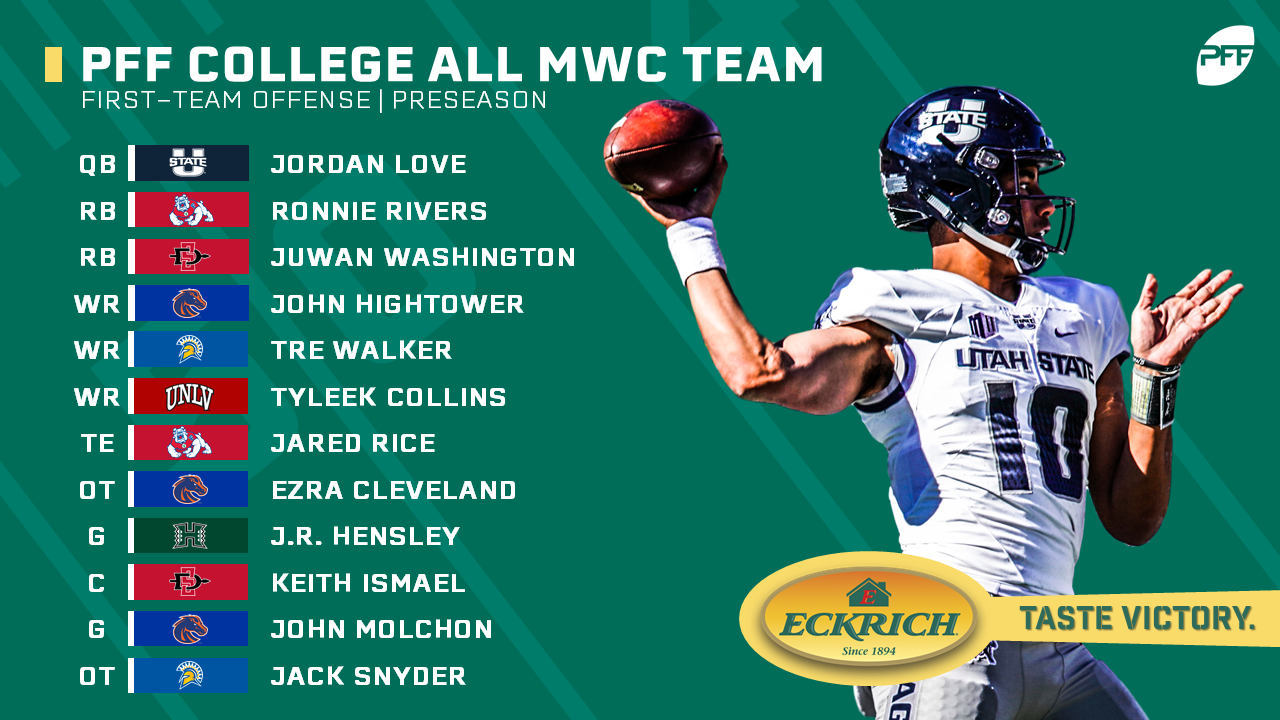 The Mountain West will see some top-notch quarterback play from the three guys listed below as they'll need to play at elite levels against some of the country's most formidable defenders. David Woodward headlines the group as he's our All-American linebacker but San Diego State's Kyahva Tezino graded near the top in seemingly every category a year ago. 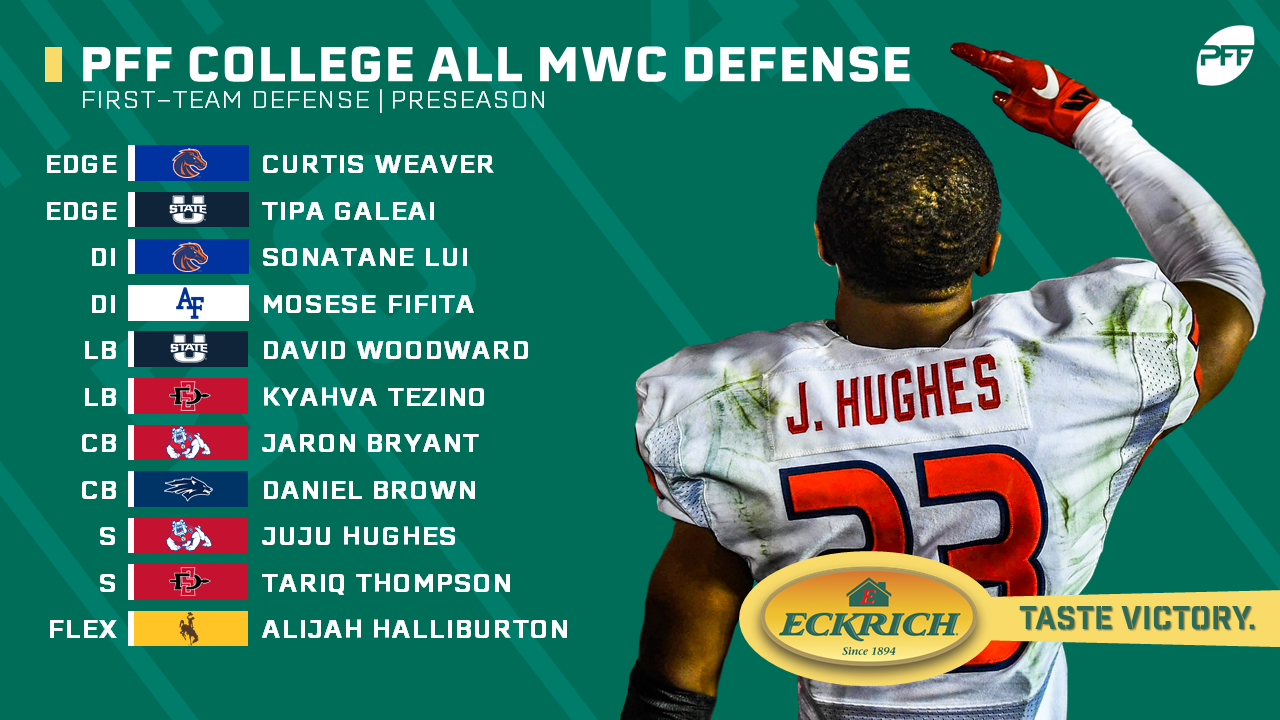