The All-Big Ten selections below are headlined by the first team with the second team listed below each position. 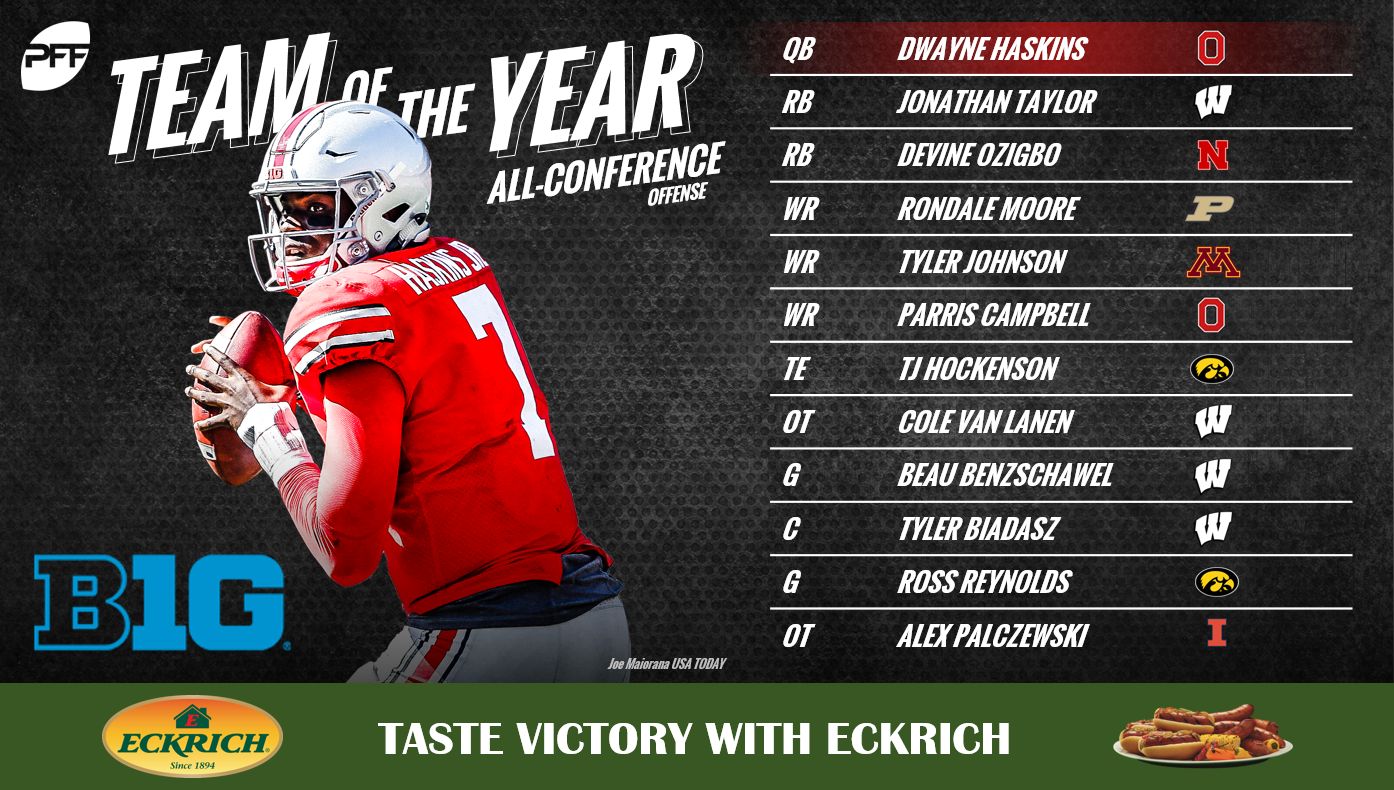 Haskins was outstanding all season in a clean pocket, one of the best predictors of NFL success. When not faced with pressure, he threw 43 touchdowns to just five interceptions and had a passer rating of 134.4.

Ozigbo's average of 4.5 yards per carry after contact tied him for 10th in the country.

A true freshman season to remember, 831 of Moore's 1,169 yards this season came after the catch to lead the country, and 225 of them came after initial contact.

Johnson's 3.3 yards per route run ranked sixth in the country, and second best in the Big Ten behind only Parris Campbell of Ohio State.

Campbell led the country with a passer rating of 141.6 when targeted while also leading the conference in yards after the catch.

Van Lanen surrendered just two sacks and one hit on 212 pass-blocking reps in 2018.

Benzschawel anchored the Badgers line with Biadasz as he allowed just seven QB pressures on 328 snaps in pass protection. His 83.8 run-blocking grade was 2.0 points higher than the next closest and second only to Prescod among guards.

Reynolds' run-blocking grade of 81.6 was the highest for any Big Ten lineman not from Wisconsin.

Palczewski's best skill was his run blocking this year, as his 79.5 grade in the category ranked third among all Big Ten tackles. 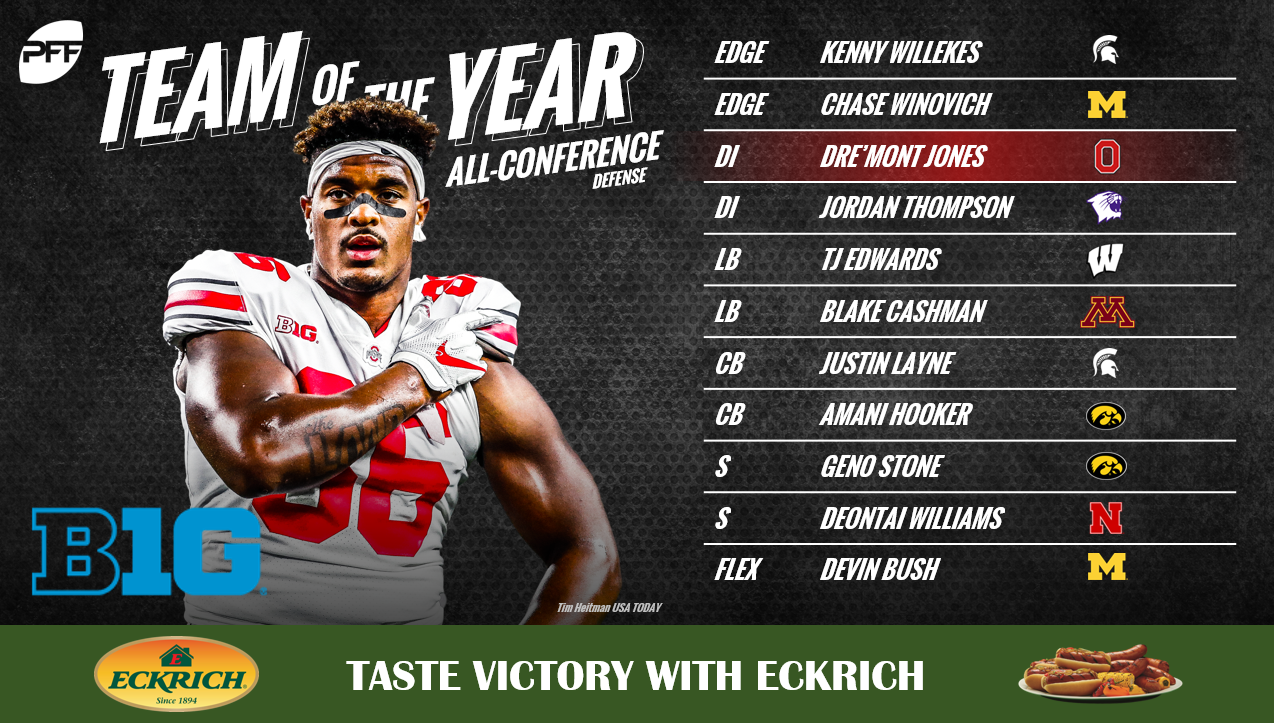 Willekes has always been an excellent run defender, but his seven sacks, 16 QB hits and 33 hurries this year were equally impressive rushing off the edge of the Spartans defense.

Winovich was a monster against the run in 2018, notching 36 run stops, 15 of them either tackles for loss or tackles for no gain.

Jones posted six sacks and 41 total pressures while winning an impressive 14.1% of his pass rushes.

Thompson led all Big Ten defensive linemen with a run-defense grade of 91.0 in 2018.

Edwards tallied an impressive 51 run stops in 2018, 13 of which were recorded for either a loss or no gain.

Cashman was outstanding in all three defensive facets, as he was the only Big Ten defender to post elite grades (85.0 or higher) in run defense, pass coverage and pass-rush.

Layne was targeted 89 times in coverage this season and forced incompletions on 16 of those pass attempts (one interception).

Hooker dominated out of the slot for the Hawkeyes this season, spending 279 coverage snaps from an inside alignment. He was targeted 47 times and brought in three interceptions, tying for the national lead in interceptions from the slot.

Stone forced incompletions on 23.1% of the 13 times he was targeted in coverage (four interceptions) and added seven stops on pass plays.

Williams was truly an elite player for Nebraska, as he posted a run-defense grade of 86.9 to go with a coverage grade of 89.9.

Bush was a force in all three facets, posting six sacks and 22 total pressures to go with 34 run stops and 14 stops on passing plays.

McLaughlin connected on 20-of-25 attempts this year, including nailing 3-of-5 attempts from at least 50 yards.

Korsak had just three touchbacks in 2018 despite leading the Big Ten with 77 punts.

Smith-Marsette's average of 32.6 yards per kick return was the best among Big Ten returners with at least five attempts by more than five yards.

Peoples-Jones led all Big Ten punt returners with at least 10 punt returns with an average of 10.3 yards per return.