With our look at the highest-graded returning players on the best team’s in college football underway, it’s time to turn our attention to another one of the teams looking to dethrone Alabama in the SEC and push themselves back into the College Football Playoff, the Georgia Bulldogs.

Georgia held a two-touchdown lead against Alabama in the SEC Championship game back in December, before allowing three unanswered scores including a Jalen Hurts 15-yard run with just over a minute remaining, costing them the SEC Championship and a spot in the playoff. The disappointment didn’t end there, however, with the Bulldogs then coming up short against Texas in the Sugar Bowl. They lost some talented players on both sides of the ball to the NFL draft but still have enough talent to make a run at a National Championship this season. 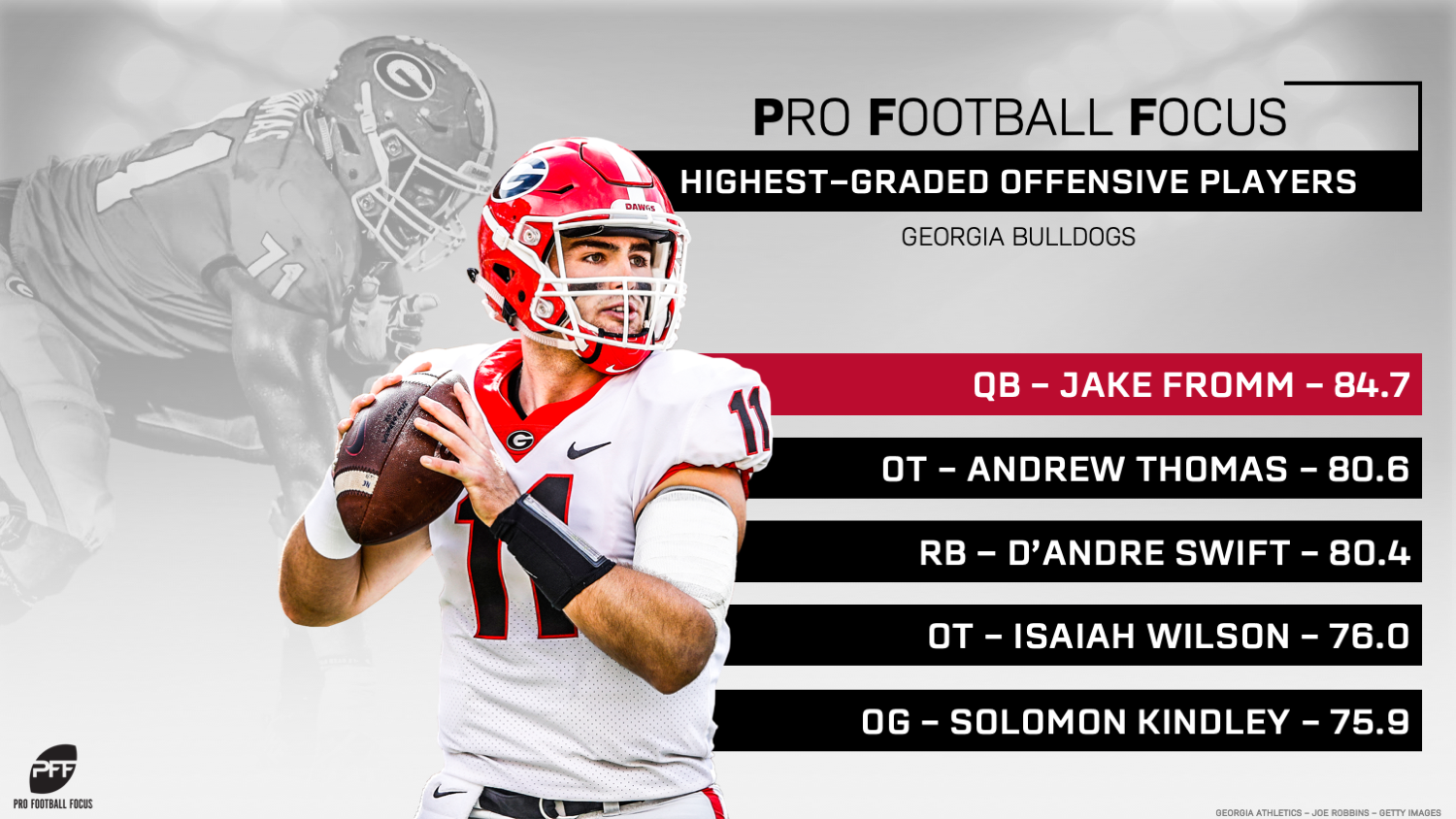 Fromm built on an impressive freshman season to have an even better sophomore year and was on a run of strong performances to end the season before coming undone against Texas in the Sugar Bowl. Where he excels as a passer is in that 10-20 yard range, going 41-for-69 with 13 touchdowns and just one interception on throws targeted between 10 and 20 yards downfield.

Fromm will benefit from playing behind an incredible offensive line, headlined by left tackle Andrew Thomas. Thomas was on the field for 314 pass-blocking snaps in 2018 and allowed just 11 total pressures, including three sacks. The offensive line returns six players with a PFF grade of 70.0 or higher, giving them options and depth in an area that few college teams have. The strong offensive line will also benefit Swift, who averaged 3.89 yards after contact per carry and forced 37 missed tackles from 163 attempts last year. 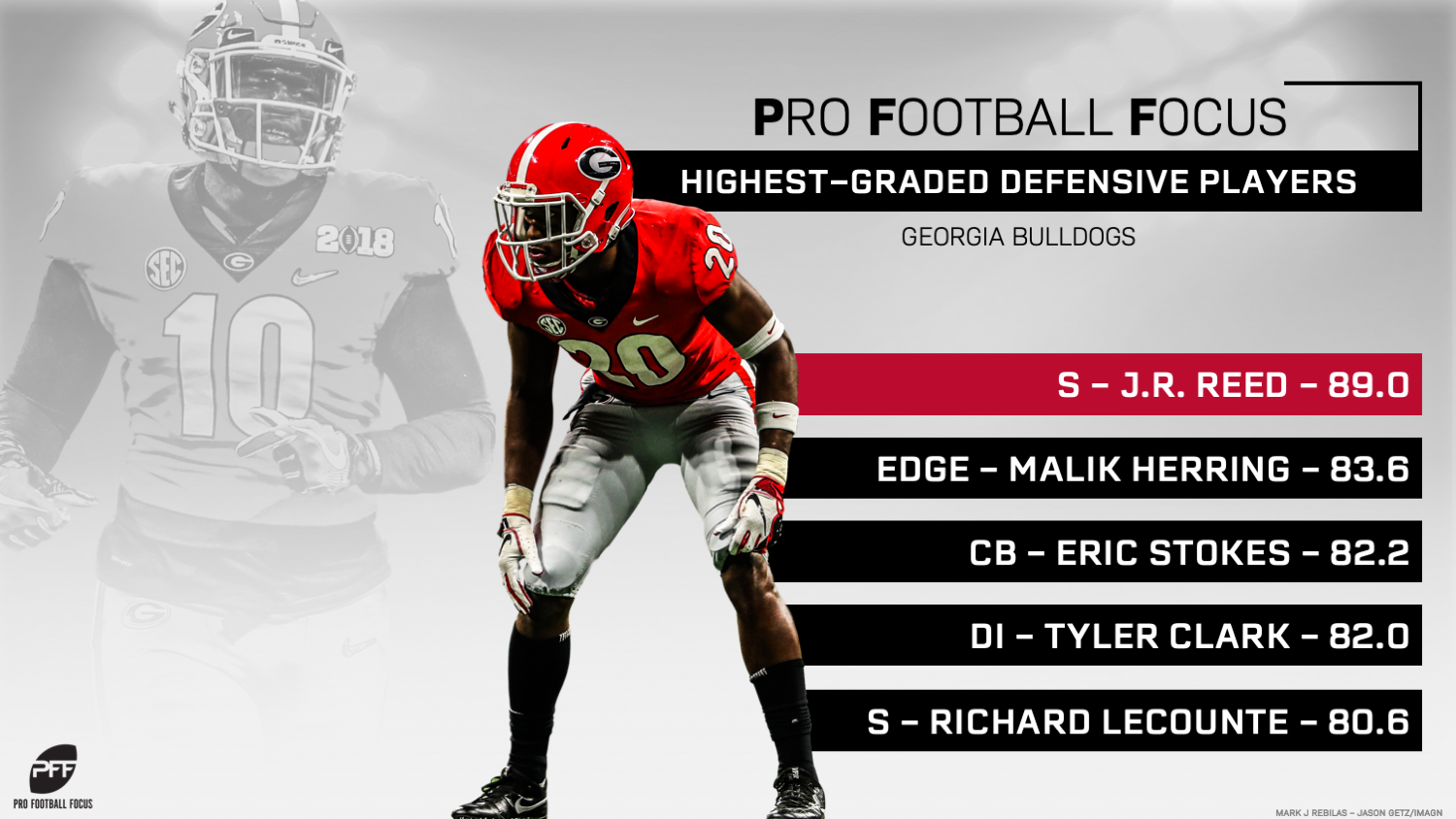 The highest-graded returning players on defense for Georgia:

Despite losing one of the top cornerbacks in the nation in DeAndre Baker, the Bulldogs are once again strong in the defensive backfield, especially at safety where the pairing of Reed and Lecounte is up there with the best in the nation. Reed produced a coverage grade of 89.8 and had a huge performance that included an interception against Alabama in the SEC Championship. Lecounte, seeing significant playing time for the first time in his career, produced a PFF coverage grade of 84.0, finishing the season with an interception and three pass breakups.

Herring saw just 136 pass-rushing snaps a season ago but was able to produce 18 total pressures, including two sacks. Cox added 14 pressures from 142 pass-rushing snaps, so while the duo lacks experience, they have flashed the potential to make an impact so far. The defensive interior could be a strength, with three players returning who produced PFF grades of 76.0 or higher.