• Kansas City's defense was pretty good last week, and Herbert loses his best target in Keenan Allen.  Furthermore, Brandon Staley goes for a lot of fourth downs, which may mean more touchdowns for Herbert, or more variance in the game.  If I'm getting variance, let me bet plus prices.

• One player that already looks to be taking a back seat in the Chiefs' new-look offense is Mecole Hardman, who ran a route on 60% of dropbacks, though he did receive six targets. He was the first read on all six of his targets — all designed screens and short flair outs or deep shots downfield. He still isn’t being asked to work the middle of the field, so if Hardman is not getting manufactured targets close to the line of scrimmage, it will be extremely difficult for him to go over this reception number. 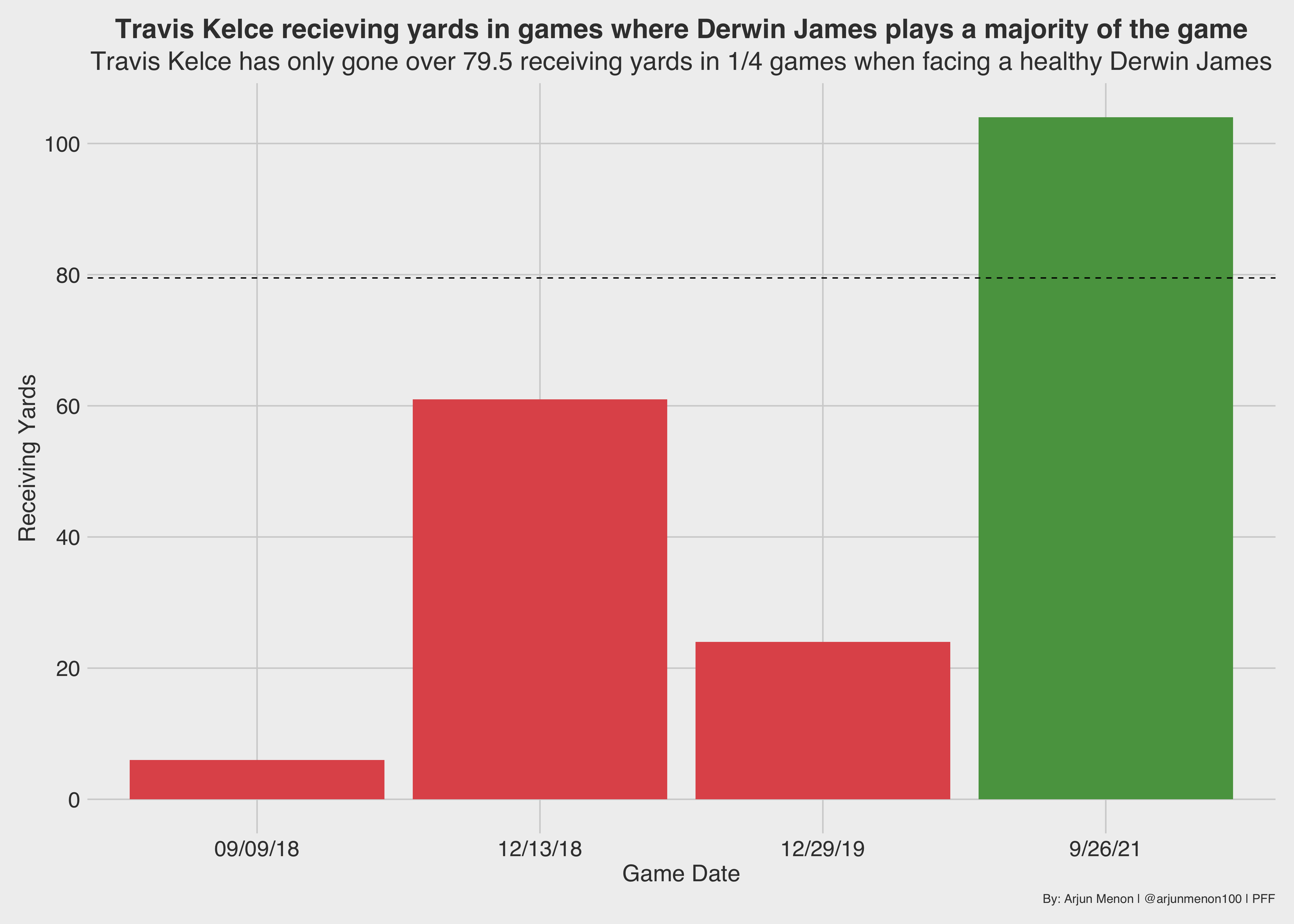 • With Derwin James fully healthy, and no Tyreek Hill, the Chargers will likely divert their attention to stopping Kelce and forcing the other skill-position players to beat them. 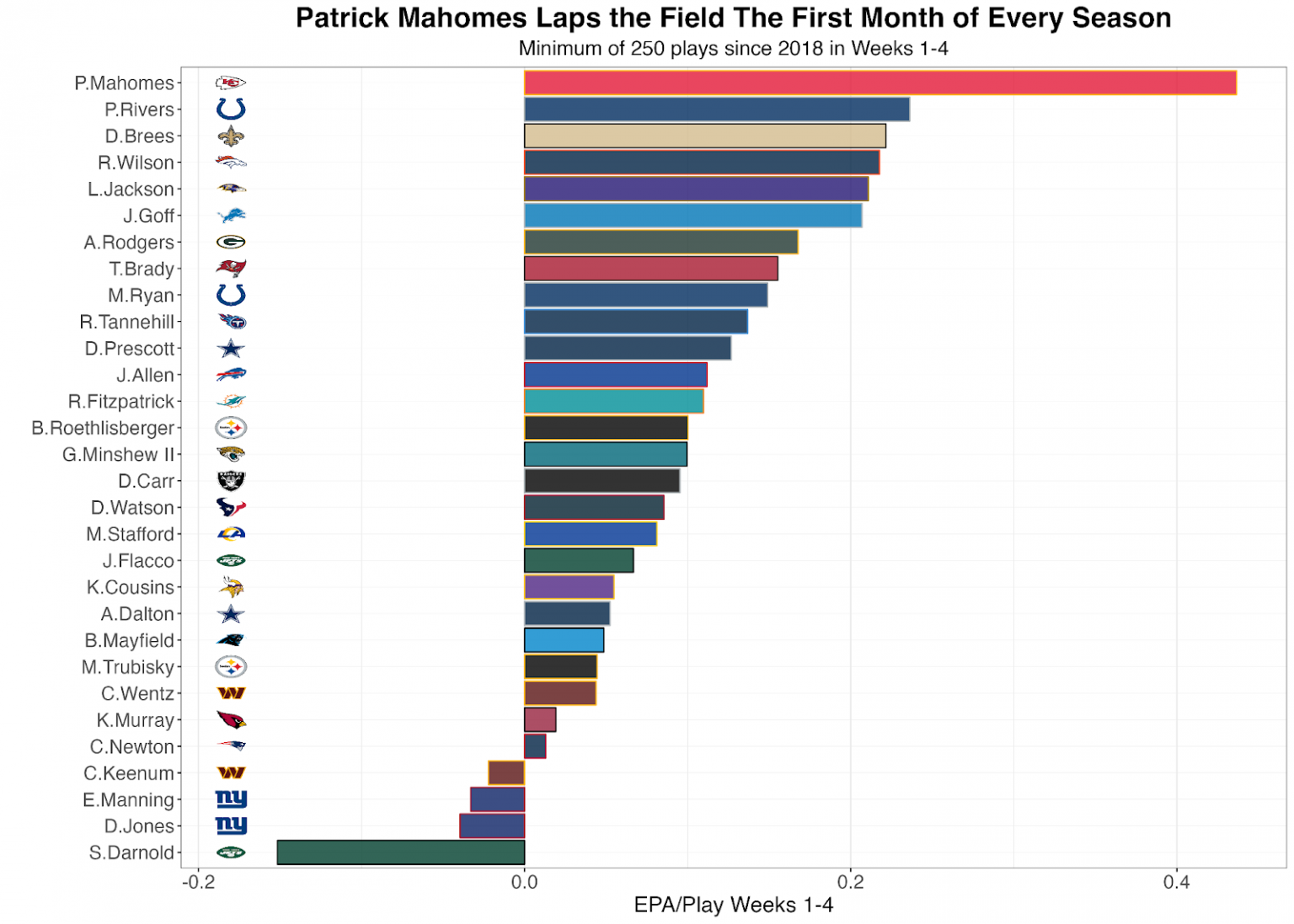 • In the first four weeks of the season, Mahomes averages 3.2 passing touchdowns per game. This number falls to 2.5 for the rest of the season, so this is the right time to bet on Mahomes going OVER 2.5 touchdowns. 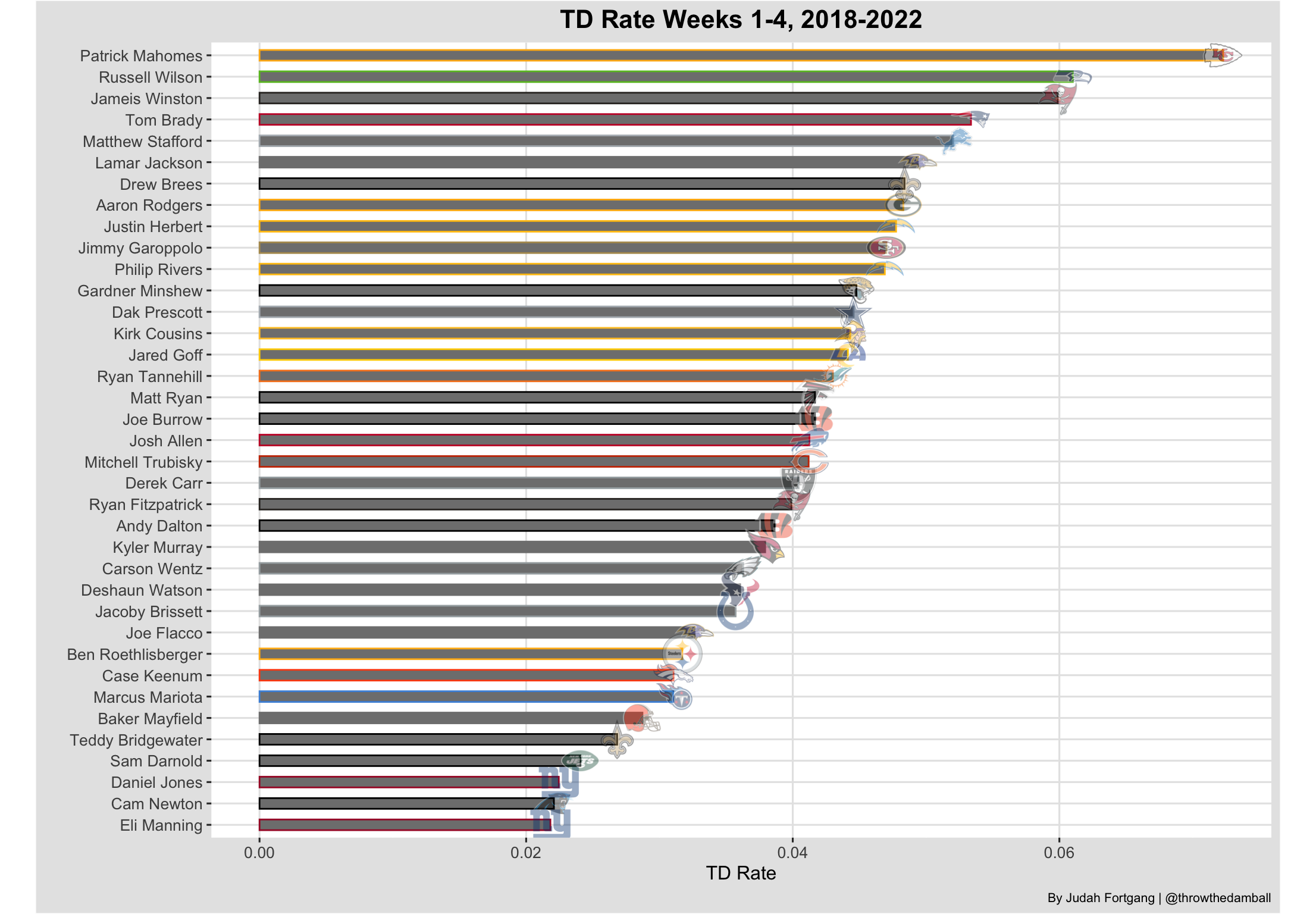 • Mahomes has been historically efficient early on in seasons. In a game with plenty of projected volume — on top of Mahomes’ projected efficiency — I like him to go over his TD prop.

• Moore saw only one target against the Cardinals, but he was able to turn that into a 30-yard reception. Expect the Chiefs to have to throw the ball even more in this game, giving Moore opportunities to make plays in the passing game. He probably only needs one catch to go over his yardage total in Week 2, which makes this is a really fun and relatively safe bet.