Player Props have one of the most popular markets offered in sportsbooks right now. Because of the similarity to fantasy football, something most bettors grew up playing, it’s easy to translate the thought process from fantasy football to player props. Here at PFF, you can utilize the Best Bets tab on the website to help sift through the most +EV props to bet on based on our model to help with your betting success.

As always, shop around and try to make sure you get the best price possible on all your picks, one of the first steps to becoming a profitable bettor long term. 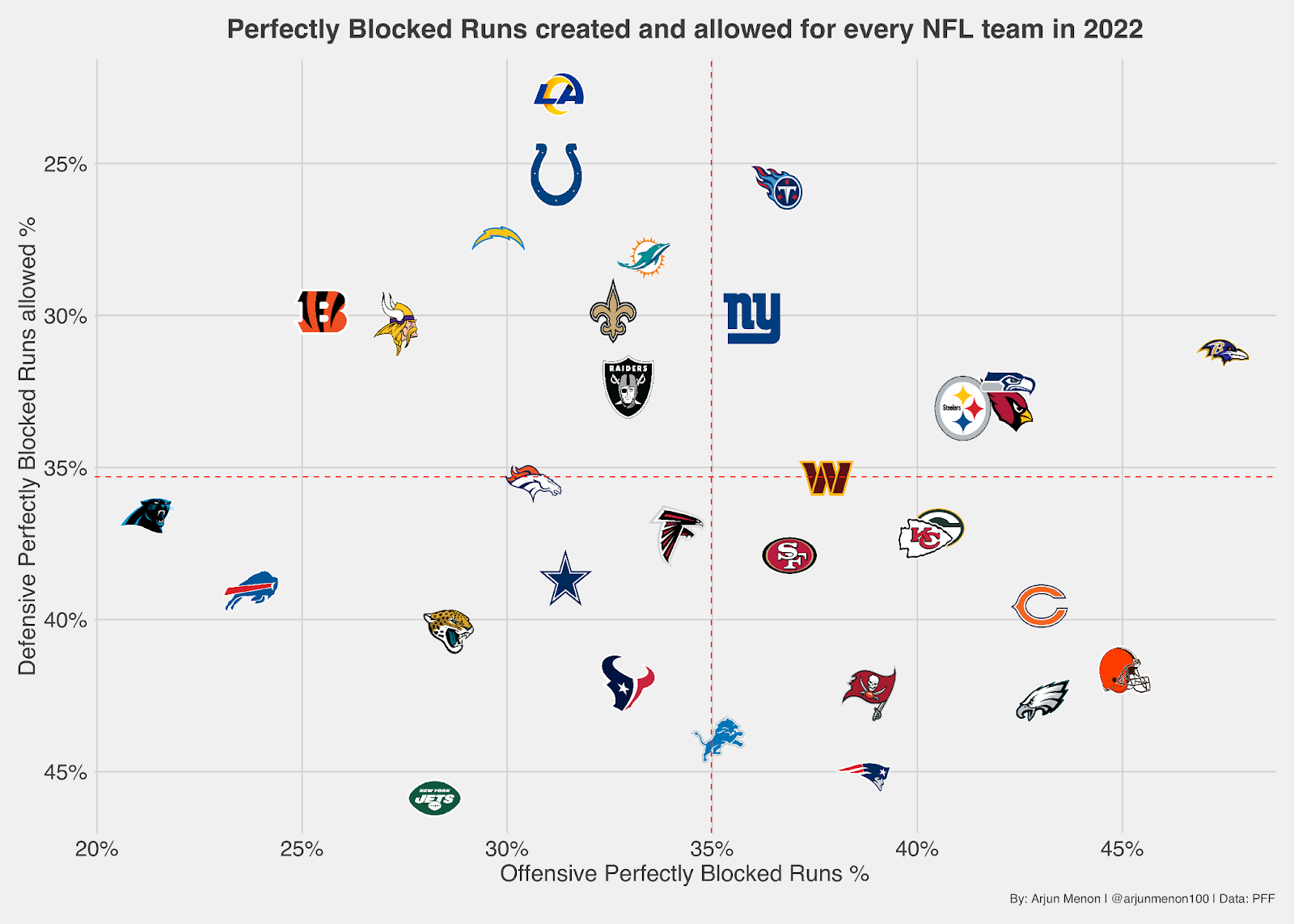 • 45% Perfectly Blocked Runs: The Browns have the NFL's second-highest rate of Perfectly Blocked runs created by their offensive line and any other blockers on that given run. This bodes well for Chubb, who only needs one perfectly blocked run for to hit the second level of the defense and cash this play.

• Chargers allow at least one huge rush per game: While the Chargers defense has actually been good at preventing Perfectly Blocked runs,  Dameon Pierce (75 yards), James Robinson (50 yards), and Clyde Edwards-Helaire (52 yards) have all hit the over in recent weeks.

• 9 straight for Chubb: He's gone over this longest rush prop in his past 9 games including last season, and we like him to continue that streak at home this week.

• Texans run defense is below league average: In a variety of statistics we can use to measure run defense — including EPA/rush allowed, rushing success rate allowed, YPC allowed, and total rushing yards allowed — Houston is in the bottom half of the league.

• 6 total touchdowns allowed to running backs: This includes 3 to Austin Ekeler last week, and 2 to Khalil Herbert the week before.

• James Robinson remains Jaguars featured back: And outside of a weird weather game in Philly last week, he had been receiving the majority of the workload, especially inside the red zone. With the Jaguars likely to be playing with a lead for most of this game, Robinson should see enough chances inside the redzone to score a TD.

• Arizona has allowed second-most receiving yards to tight ends: The Cardinals have been really bad at slowing down tight ends this year, already allowing three of them to hit 50 yards in a game this year.

• Goedert has gone over this number easily in 3 out of his 4 games: And the one under was a blowout vs the Commanders. We can expect Goedert’s good year to continue Sunday against one of the worst defenses at stopping tight ends.

• Justin Fields has not thrown a touchdown since Week 1: And even then, the two TD passes he threw were to wide open receivers. Fortunately, the books are giving one of the more profitable bets to us at plus money again.

• The Bears have the lowest pass rate over expectation in the NFL at 17.5%: That means Chicago is throwing the ball 17.5% less than expected given the game situation.

• Minnesota has allowed only 3 passing touchdowns to opposing QBs: And its defense should be at full strength for this game without any major injuries in the secondary or front 7.

• While Jalen Ramsey is playing at his usual All-Pro level, the rest of the cornerback room has not been up to par: With how stout the Rams D-line is, and how weak their secondary is, we can expect the Cowboys to attack the Rams weak links in the secondary, by putting Lamb in positions to succeed.

• Lamb has gone over this prop in all 3 games with Cooper Rush: And Lamb has commanded at least 8 targets in each game. No other Cowboys receiver has had more than 6 targets in each of Rush’s 3 games this season, showing how much of a target hog Lamb is.