• Buffalo's run ‘D' permitting only 4.1 yards per carry — tied for fifth in the NFL; Carter facing a likely unfavorable game script with his Jets double-digit dogs.

In the past five weeks, playing rushing prop bets based on Rushing Yards Over Expected (RYOE) has been very successful, going 14-4 (+8.5 units). This is because 12-of-18 bets given out have been rushing yard unders, which our own Ben Brown has shown cash more frequently than overs this season.

In this article, 2 unders and 1 over will be given out to maximize profits, but the over should be placed with more caution than the unders. 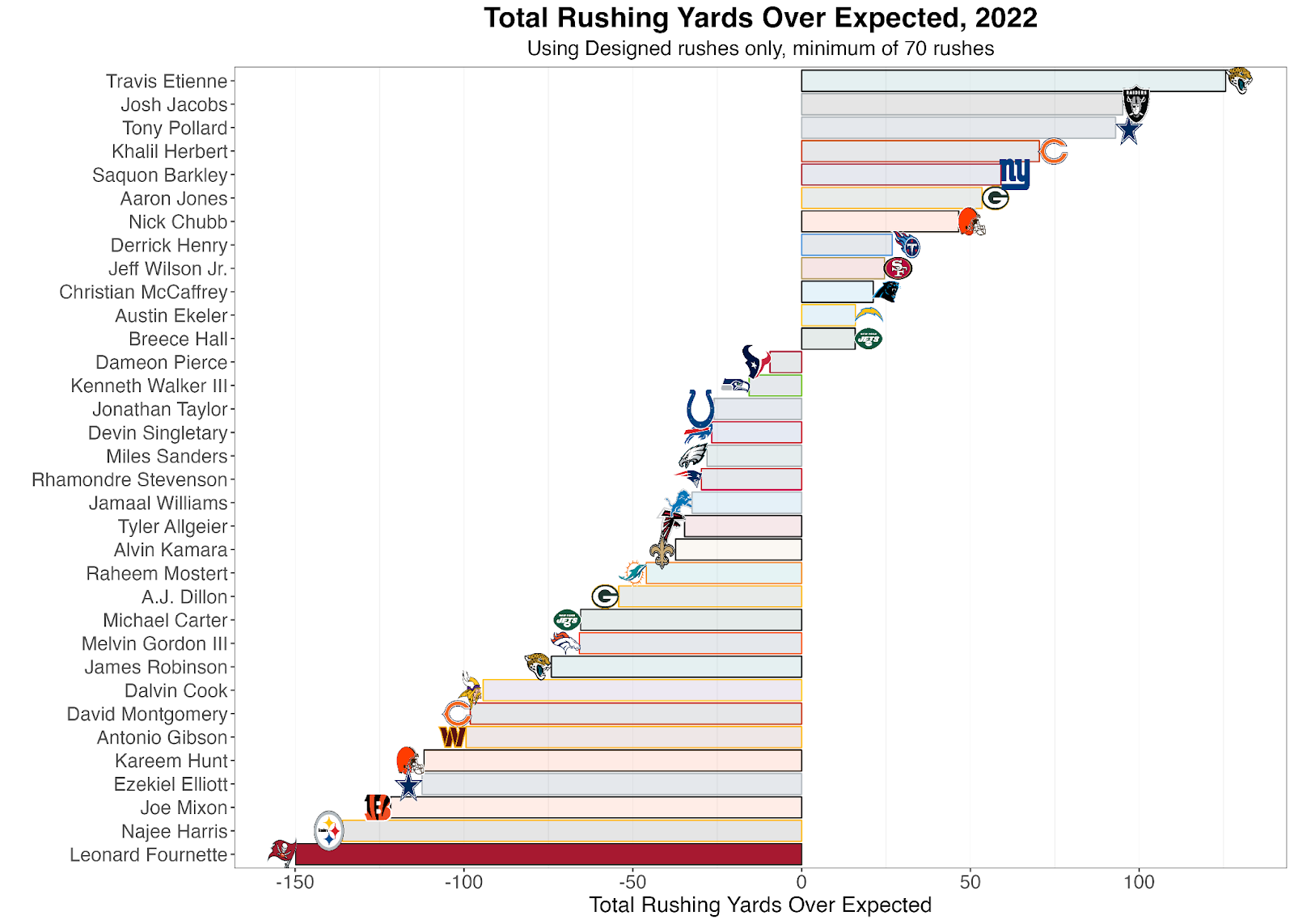 Leonard Fournette Has Struggled This Year: After being a league average rusher last year, no running back has had more negative rushing yards over expected this season than Leonard Fournette. The market hasn’t fully corrected to his poor performances this season, as he’s had the 2nd-worst Expected Points Added (EPA) per rush and 2nd-worst RYOE per carry.

Rams Run Defense is Solid: Los Angeles is the 2nd-best run defense this year according to EPA per rush and has only allowed 4.3 yards per carry. 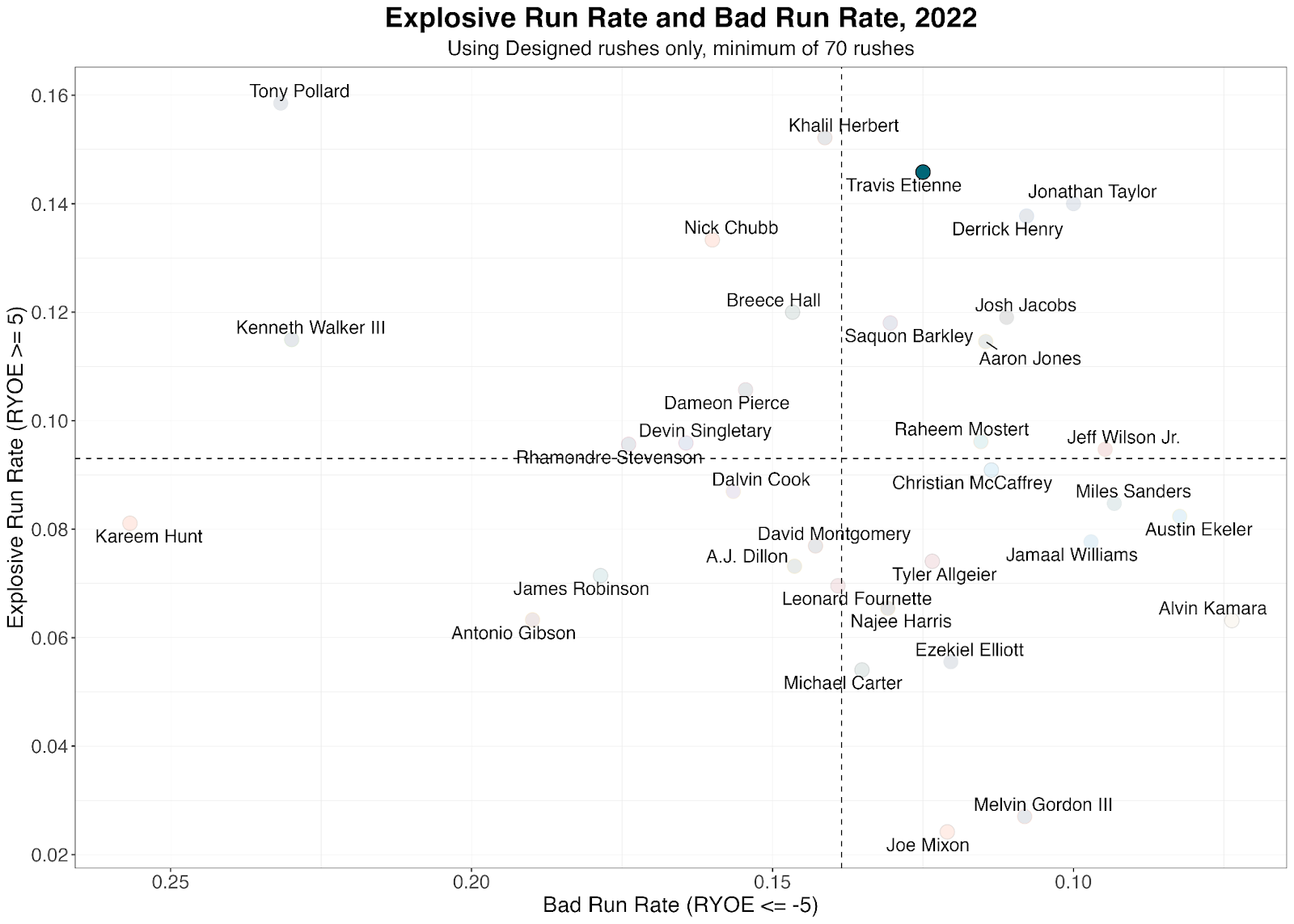 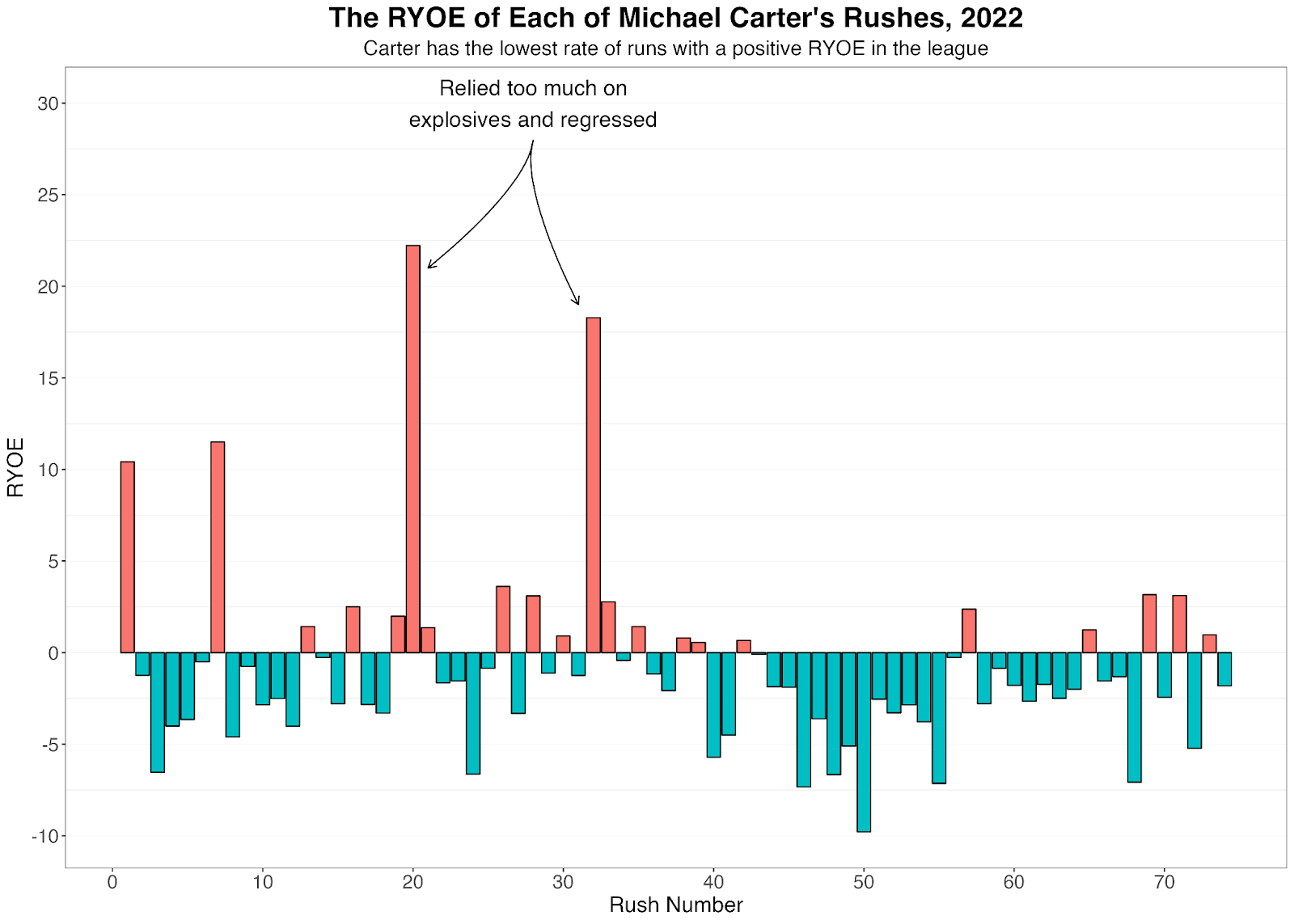 Carter Relied Too Much on Explosives: Michael Carter is currently dead last among qualifying rushers in the amount of rushes that go for a positive rushing yards over expected. He relied too much on explosives early in the season and hasn’t been getting that recently, leading to poor performances.

Bills Run Defense is Stout: Not only will the Jets likely be in a negative game script for most of Sunday as 12.5- point underdogs, they are facing a Bills defense that gives up the 6th-fewest yards per carry (4.1), making it even tougher for Carter to be productive with his touches.