It took a little extra time getting here, but the 2020 college football season is in full swing. We have 46 games on tap in Week 9, with 21 of our top 25 teams in action, and top-25 matchups across all conferences except the ACC.

Week 9 continues to see uncertainty trend down, as 32 games have a moneyline favorite at -200 or better odds. We have a few quality matchups, but bigger spreads make up the majority of games. Week 9 sits below the mean in entropy among all college football slates that have involved at least eight games over the past six seasons.

Last week, our initial lines picked up some closing line value, but written plays still finished 2-3, though my derivative bets broke above even at 2-1-1 to move to 11-4-1 on the season. These plays are discussed heavily on the Saturday morning edition of the PFF Daily Betting Podcast.

We now sit at 55-56-1 on written plays over the past two college football seasons. PFF's predictive models (NCAA Greenline) had another positive week last week, at 2.8 units against the closing line, as it continues to identify significant value on each college football slate. Let’s take a close look at some of my favorite bets to make from a Greenline perspective for this Week 9 slate of games.

Clemson has eased into its 2020 schedule, routing the teams they were supposed to but only covering two of six spreads.

Week 9 brings a quality Boston College team, which currently sits in 38th place in our Elo rankings. Eagles quarterback Phil Jurkovec has been impressive in his first starting role after transferring from Notre Dame, earning a positive grade on 27% of his throws to match what Trevor Lawrence has done so far in 2020. And Jurkovec has done it with a higher average depth of target (aDot), with not as much production coming after the catch.

The Eagles have been able to keep pace offensively, covering the spread against Duke, North Carolina and Pittsburgh to start the season. They rank sixth in the ACC in our opponent-adjusted offensive grades, and their expected points added (EPA) per pass attempt is only 0.07 points lower than that of Clemson. The main concern is with the Eagles defense — the 11th-ranked unit in the ACC — and whether it can slow Clemson's top-ranked offense.

Boston College is talented enough to cover this spread outright, but if they are on the fortunate side of a big play, they should coast to an easy cover in what looks like an inflated spread.

The West Virginia fade continues for another week.

Kansas State has the better offense in this matchup, according to our opponent-adjusted grades, and their EPA per pass attempt sits in the same range as the top teams in the Big 12, with West Virginia below the conference average. 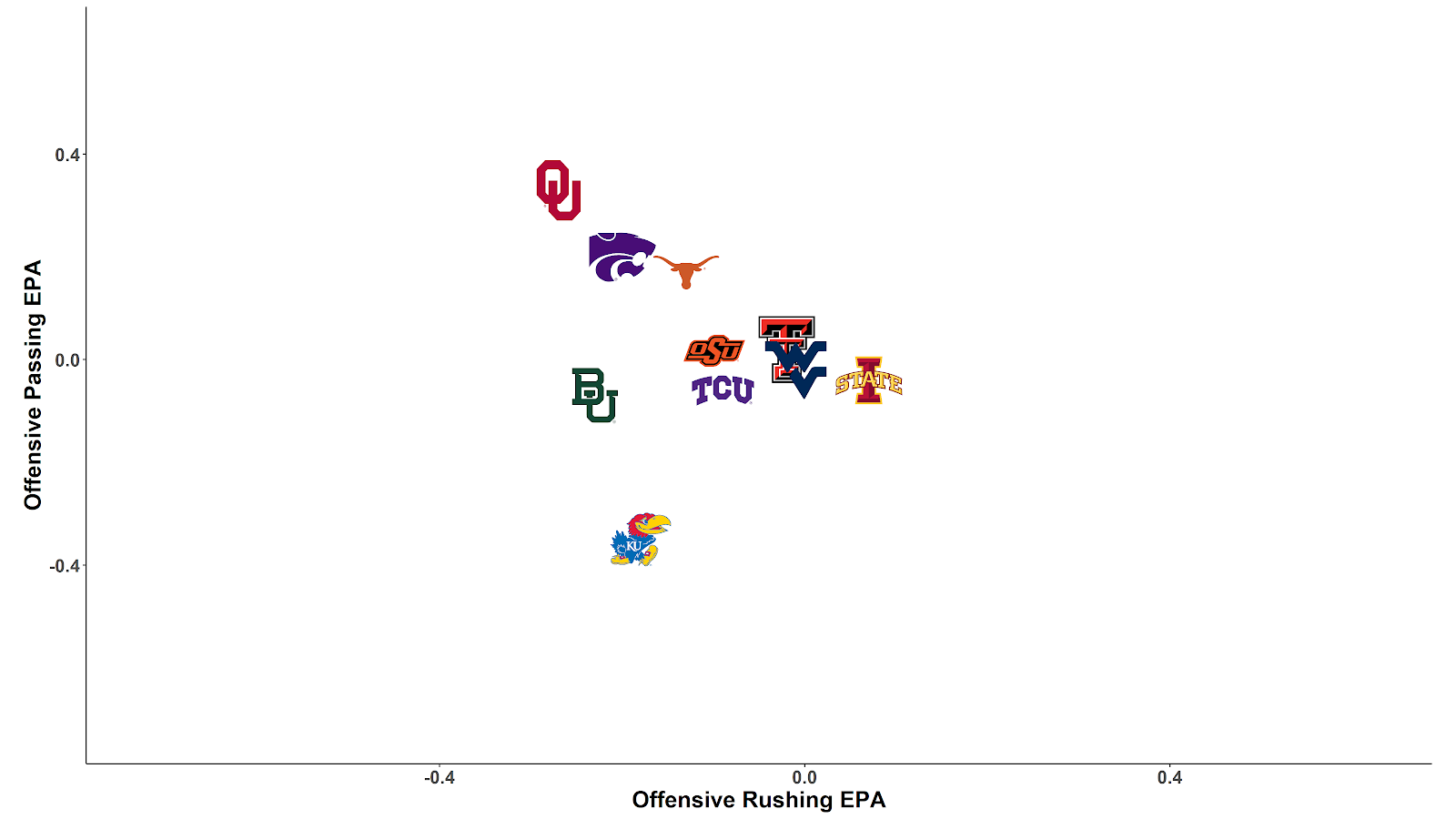 The cash and ticket percentages are skewed slightly toward Kansas State on the spread. The moneyline has been even more one-sided, with 64% of the cash on the Wildcats moneyline. The 3.5 spread makes this the obvious play, where you are getting the better quarterback and offense while still getting points. West Virginia has a high-quality defense, but that shouldn’t make them greater than a field-goal favorite in this matchup.

The AAC is bringing the heat in Week 9, with high-quality matchups scattered across the conference schedule.

This Temple vs. Tulane matchup has caught the eye of sports bettors. The spread has been on a wild ride to start, with a couple of books initially printing a -1 spread that was quickly bet up to -4. This is an overcorrection, according to our predictive models.

Anthony Russo is the much better quarterback in this matchup; he has a higher percentage of positively graded throws and a lower percentage of negatively graded throws than Michael Pratty. However, Russo's aDot is around half of Pratt's, which helps explain why his accuracy percentage is over 13 percentage points better. The Owls have also generated much more EPA per pass play, with their receivers capable of turning short throws into big gains by adding those all-important yards after the catch.

The market doesn’t agree with our predictive models, as 63% of the cash and tickets are on Tulane. The moneyline percentages are even more one-sided in Tulane's direction. This is the perfect spot to fade the market — we are getting the better quarterback, offense and defense at greater than a field-goal spread. Take the points and run, with this being one of the best bets to make on Saturday.

UCF at Houston has the highest projected point total in Week 9. The 82.5 total is the highest in the NCAA since 2018, and if it closes at that number, it would be tied for the 14th-highest total since 2014. This game should be entertaining throughout, which makes it a worthy spot to target some betting action.

Our predictive models have no real lean on the total, but the spread is sitting at an enticing number. UCF rebounded after two disappointing losses but still hasn’t covered a spread in their past four games. This has led to a soft number in this weekend's matchup.

Our model has +3 as the correct price, and UCF has a higher-graded quarterback. The Knights also lead the ACC in EPA per pass attempt, and it's a mark that is almost three times as good as what Houston has produced so far. 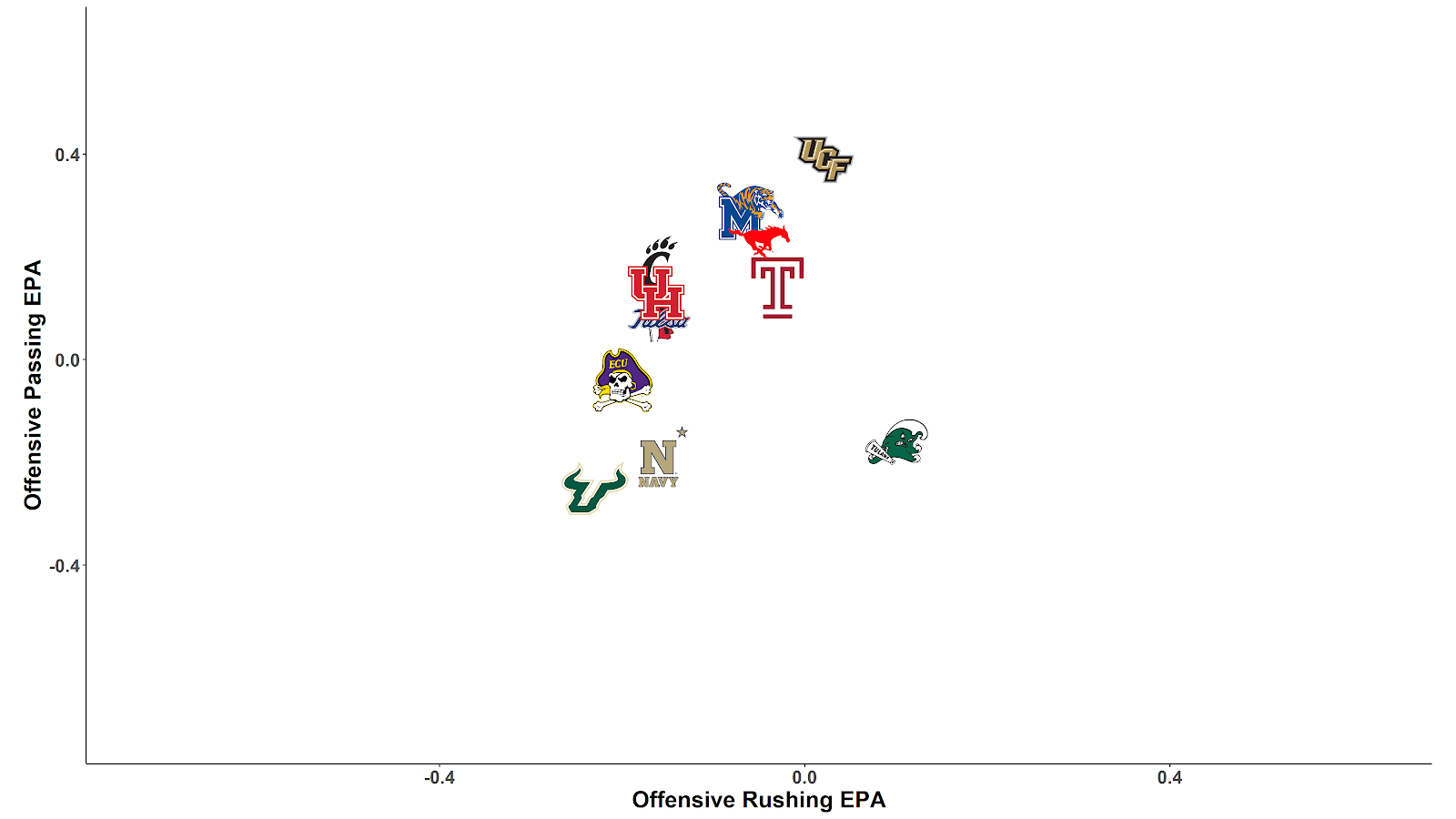 Once again, we are getting the better quarterback, offense and defense, but have to lay less than a field goal. This is a great situation to buy low on the Knights, who should have an easy time rebounding in a paced-up game that plays to their strengths.