After a hot start to the NFL season, our picks came crashing back down to earth in Week 3. Our overall record is 26-26, but with bets focused on plus-price offerings, we have come away with +10.17 units through the first three weeks.

Props are priced for a player's median stat projection in a simple, over-or-under, two-sided market. For historical context, 53% of player props hit the under, regardless of the category, during the 2020 season. Most Week 1 player props went over, but that corrected heavily toward the under in Week 2 and Week 3.

Passing yards are still the best bets on overs from a macro level. Pass-attempt overs were profitable in Week 1, but oddsmakers have corrected by adding one attempt to the mean prop number between Weeks 1 and 2, making the under the correct side in that category. 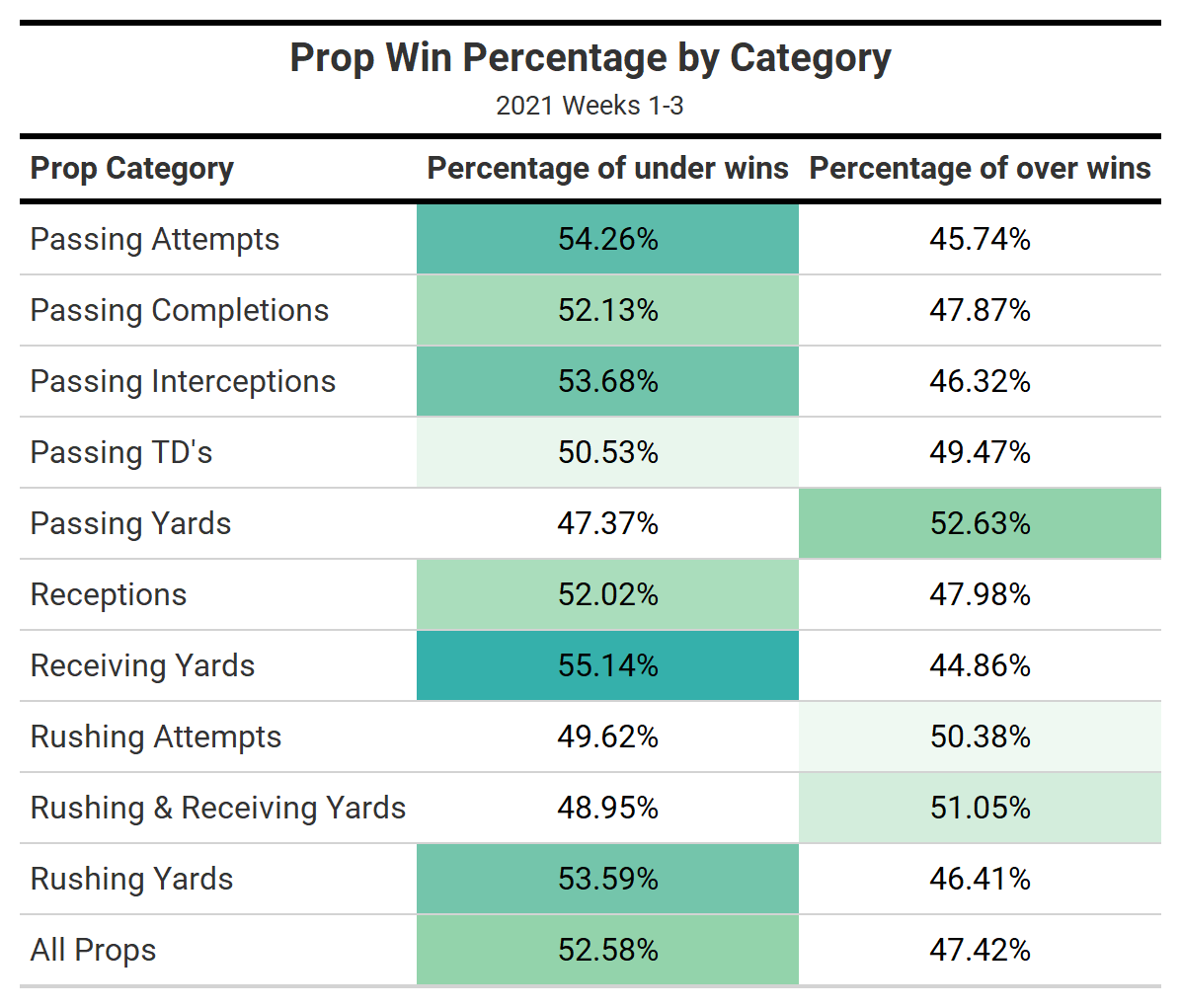 One way to consistently find defined edges is by utilizing PFF's player props tool. The ability to adjust both number and price means you are always certain of the expected value for each prop bet. Let’s dive into the best player props to bet for the NFL Thursday night game.

Mixon is enjoying the Bengals' 3-0 start as much as anybody on the team, as he currently has career-high marks in carries, yards, missed tackles forced per attempt and explosive rushes through the first three games of any season of his career. His PFF grade of 79.0 would be a career-high, and his rushing grade of 81.3 would be second by 0.1 grading points.

While the Jaguars’ 60.9 team run-defense grade checks in around league average, at 17th, Urban Meyer's squad has played the fourth-most run-defense snaps of any NFL defense. This is mostly because they have found themselves trailing a lot through three weeks, and teams typically run the ball more when they’re ahead.

The Bengals are -7.5 favorites and five-point first-half favorites in this one, so expect a similar game script on Thursday night. This, of course, bodes well for Mixon’s ability to handle a heavier workload and cash this prop.

Mixon enters Week 4 averaging 22.67 carries per game. PFF’s player props tool expects him to carry the ball over 20 times, and it also gives him a 65.3% chance to cover and run the ball at least 20 times.

Despite coming off a torn ACL, Burrow has looked comfortable as a runner through three weeks in 2021. The 2020 No. 1 overall pick rushed five times against the Steelers’ defensive line in Week 3, covering his rushing prop on a scramble up the middle for a first down.