We’re now just over three-quarters of the way through the 2020 NFL season. At this point, teams are often well understood by the market, and it’s increasingly hard to find value. Nonetheless, I’ve still found a few lines I like.

First, let's take a look at the playoff leverage at stake in Week 14 before we walk through my favorite NFL betting opportunities of the weekend! 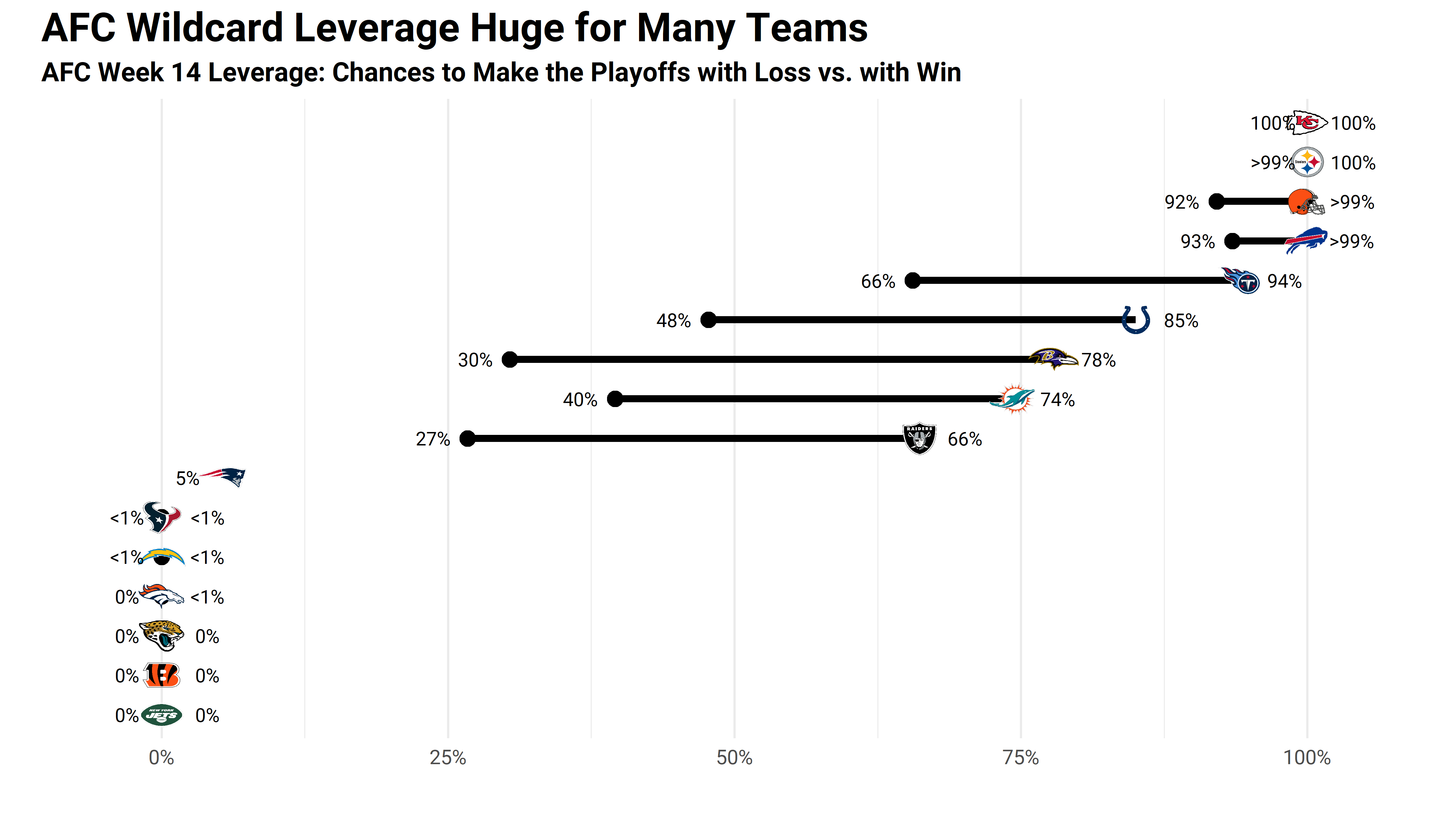 The Tennessee Titans and Indianapolis Colts top the AFC South standings at 8-4. The Titans are more likely to win the division, especially as they have better tiebreakers, but it’s certainly very possible for the Colts. A wild-card spot is likely for whichever team doesn’t emerge as the division champion.

The Baltimore Ravens, Miami Dolphins and Las Vegas Raiders are in the next tier of teams, though none of them were able to pull ahead as all three won last week. The Raiders host the Colts on Sunday, which is the game that will have the biggest impact on the AFC playoff race. 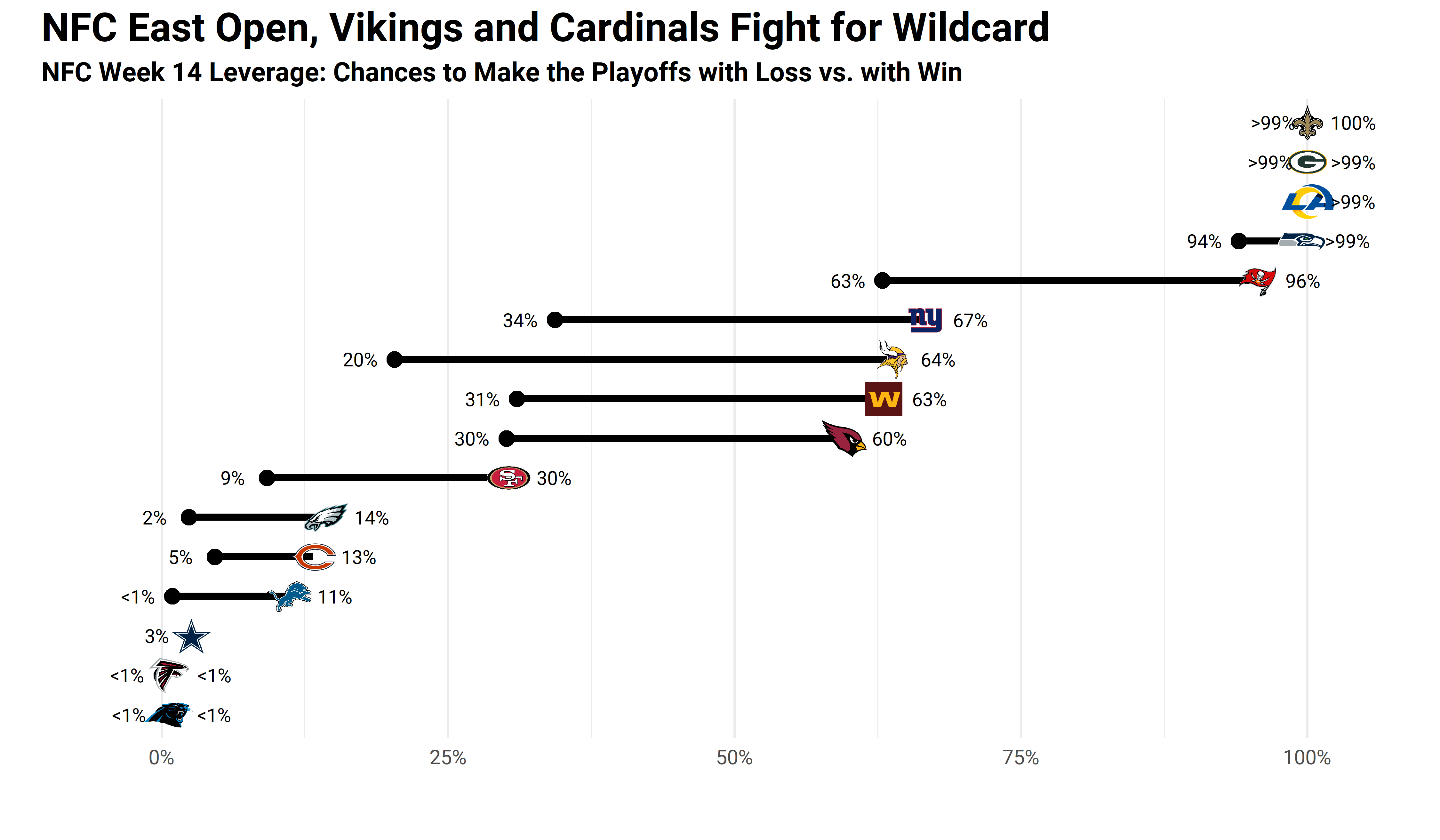 Four teams are huge favorites to claim a playoff spot out of the NFC, with the Tampa Bay Buccaneers coming off a bye in a strong position, as well. The New York Giants and Washington Football Team are competing for the NFC East championship, while the Minnesota Vikings and Arizona Cardinals are likely in from the NFC North and NFC West, respectively.

The Vikings and Buccaneers face off this week, which is definitely the game with the most significant implications for the NFC playoff picture, but a couple of other games are important, as well: the Football Team is taking on the wild-card dark horse San Francisco 49ers, and the Cardinals play against the now 5-7 Giants.

The Broncos' offense is terrible, even with Drew Lock under center. Only the New York Jets have generated fewer EPA per play, and Lock’s 57.9 PFF grade is one of the lowest marks among signal-callers this season. The Panthers’ offense is about average, and their defense is at least serviceable, especially against this offense.