The Salt Lake Stallions did what they could to warrant their spot in the top four of our first ever AAF Power Rankings, ousting the visiting Arizona Hotshots, 23-15, to gain their first win as a franchise in their home opener.

Wide receiver De'Mornay Pierson-El led Salt Lake in the franchise's first victory, reeling in all eight of his targeted passes for 90 yards and a touchdown. This included a 25-yard touchdown reception that saw him break a tackle and burst past the Arizona defense for the game's first touchdown.

While the final box score may not show it, Salt Lake put the game away in the waning moments with a 15-play, 75-yard touchdown drive on the back of both Branden Oliver and Joel Bouagnon. The running back duo ran for 40 of their combined rushing yards on the drive, a drive that ended with Oliver punching it into the endzone on a 4th & 1 from the one-yard line.

Woodrum played an overall effective game, completing 22-of-31 passes for 178 yards and the touchdown to Pierson-El. He kept the ball out of harm's way for the most part and kept Salt Lake in charge for the majority of the contest. 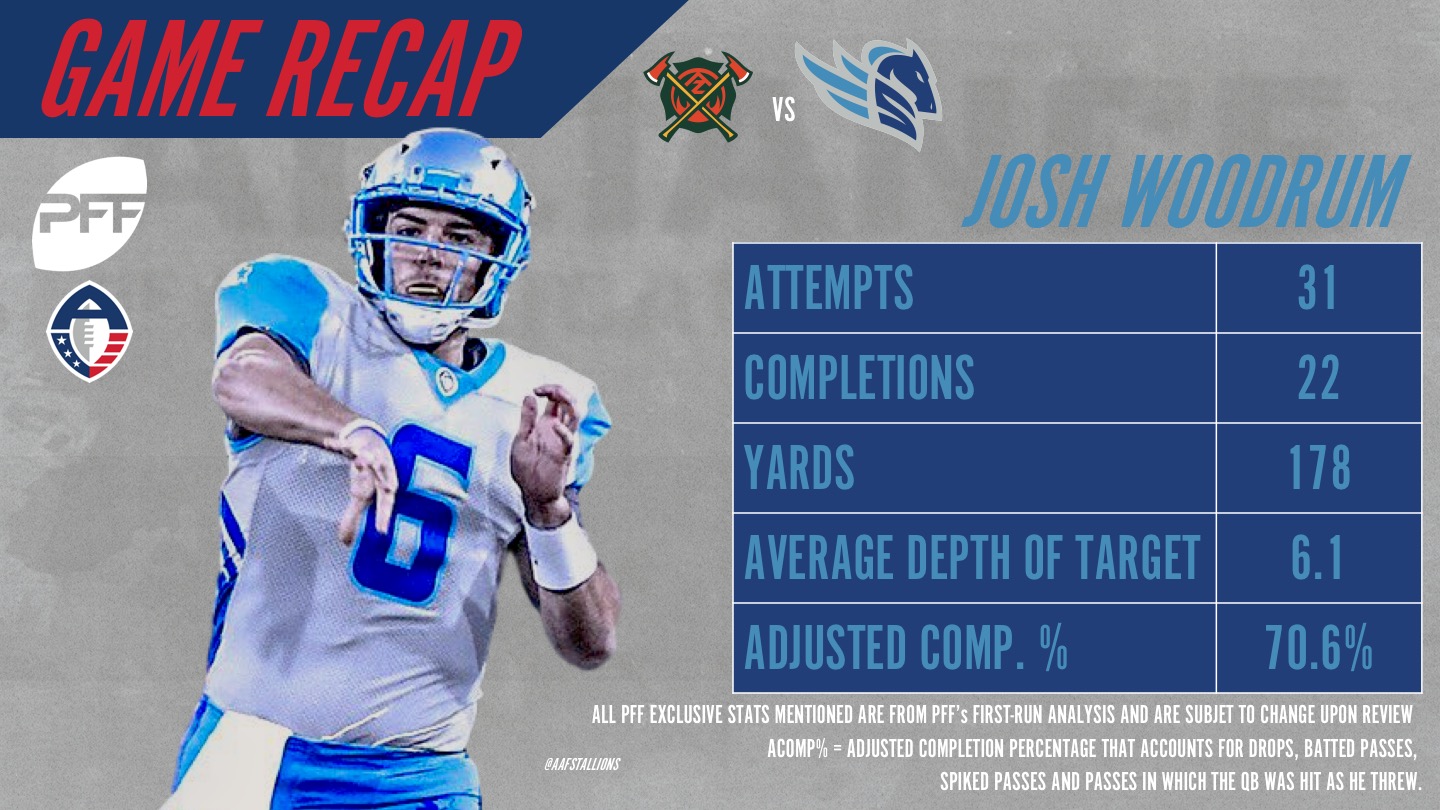 The Hotshots had a tough time getting to Stallions QB Josh Woodrum, as he routinely released the ball too quickly for pressure to be registered, passes that included some very well-timed screens.

The Stallions move to 1-2 with their victory while handing Arizona their first ever defeat.