Despite an offense rejuvenated by the second half insertion of Zach Mettenberger, the Memphis Express lost their third straight contest to open the year 0-3 while the Orlando Apollos became the first team to 3-0 on the heels of an impressive performance from their quarterback, Garrett Gilbert, en route to a 21-17 victory.

Gilbert did his part on the ground and through the air, completing 14 passes for 207 yards and a touchdown while his decision to keep the ball on a third-quarter RPO proved to be the right call as he rumbled through tacklers to a 21-yard touchdown midway through the fourth quarter. Gilbert's rushing touchdown increased the Orlando lead to 21-9 with just under nine minutes to play and proved insurmountable for the Express. 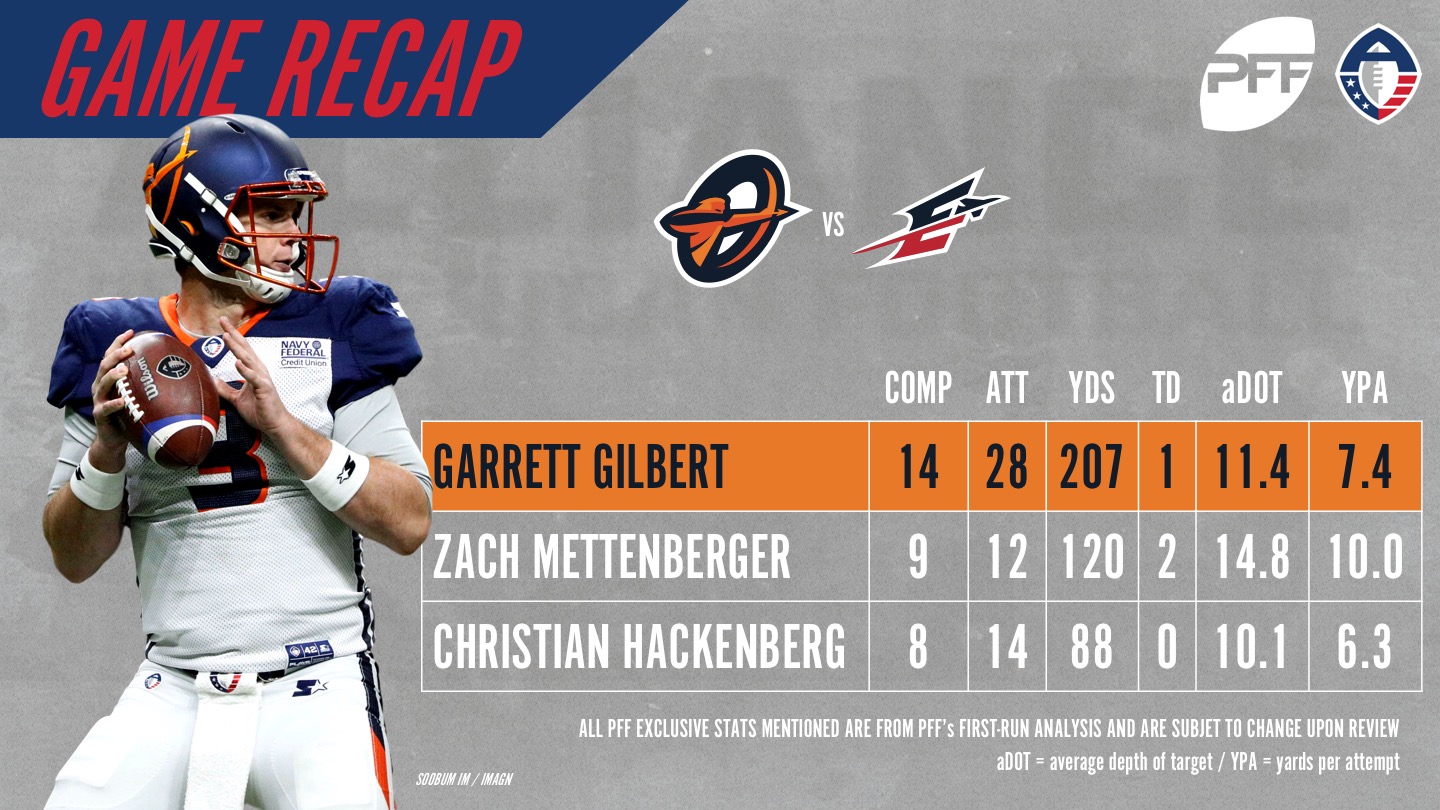 D'Ernest Johnson got the scoring started for the Apollos in the first quarter and finished the game with 79 yards on just 13 carries. De'Veon Smith also ran well for Orlando as he gained 52 yards on eight carries and broke tackles seemingly at will.

The Apollos seemed well on their way to another cruising victory in the first half as Memphis QB Christian Hackenberg threw two interceptions and completed just 50% of his passes. He was a bit lost in this contest and 46 of his 88 passing yards came on one play, backed up against his goalline when he heaved a ball into contested coverage and Dontez Byrd came down with it. Hackenberg went into halftime down 9-0 and didn't return to the starting lineup in the second half.

Mettenberger impressed in limited second-half duty, completing 9-of-12 passes for 120 yards and two scores but the hole he entered in was too much to overcome. Perhaps Memphis' decision to play Mettenberger will ultimately lead them to their first victory in AAF play, but it should be stated for the record, Mettenberger was indeed 0-10 in his career when starting a game at the NFL level. 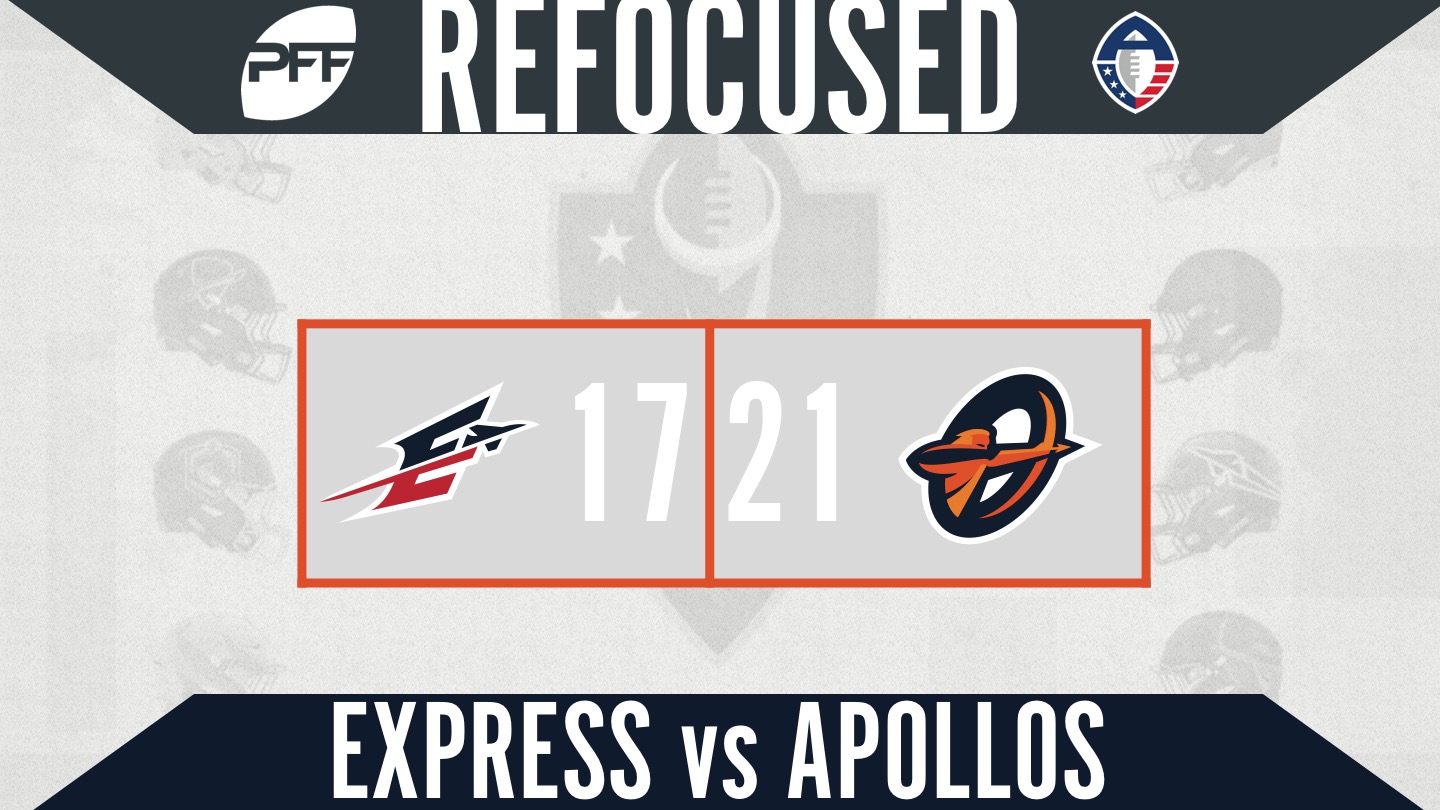