• At a +108 price, the breakeven is 48.1%, but PFF projections have this close to a 65% probability. He didn’t see the typical snap percentage we are used to in Week 1, but with Gabriel Davis out, we should see Diggs close to the 90%+ that he's been at since joining Buffalo. On top of that, his usage is impressive, as he was targeted on 30% of his routes and is clearly the focal point in the Bills' passing offense. 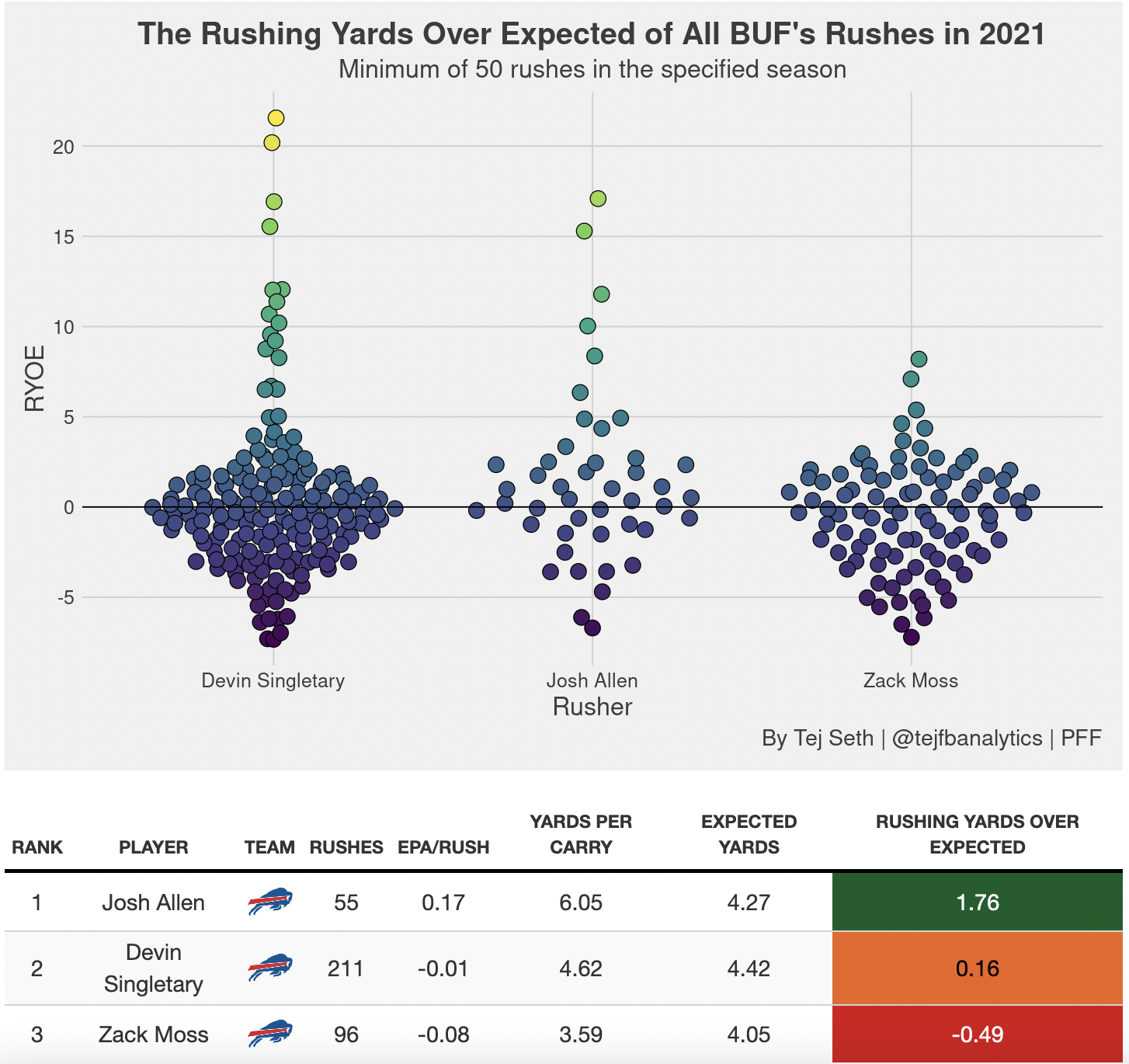 • Josh Allen showed last year and in Week 1 that he is Buffalo's best and most effective rusher. Gabriel Davis is usually his second option after Stefon Diggs, but Davis' absence could mean more Allen scrambling. On top of that, the 10.5-point spread in Buffalo's favor means that the Bills will be in a positive script most of the game.

• The Titans have been very stingy vs TEs dating back to the start of the 2021 regular season, allowing the second fewest yards to the position thanks to the elite safety play of Kevin Byard and Amani Hooker. Knox only had 15 yards vs. the Titans in 2021, and only 5 yards in Week 1. With the 10-point spread, the Bills could be running more toward the end of the game — limiting Knox's opportunities.

• Buffalo should have no problem driving deep into TEN territory often. Diggs was 2nd in the NFL in red zone targets in 2021, and look for Allen to look Diggs’ way and for them to connect in the end zone for a score

• Devin Singletary is not going to blast the Titans for 130 yards like Saquon Barkley did in Week 1, when the Titans' average depth of tackle on rushing plays was almost eight yards. But Singletary has a stronger offensive line and a more threatening QB to worry about; a combination that should create running lanes to exploit. This is also an easier test after facing a tough Rams defensive line on opening night.