The NFL's best safety tandems ahead of the 2019 NFL season

The value of a versatile, three-down safety is at an all-time high in today’s NFL. With the ever-growing use of creative and exotic passing concepts, defensive coordinators leaguewide have come to rely on athletic safeties to disrupt the passing game, either by combating athletic tight ends or facing up against big-bodied receivers in the slot.

Some are ballhawks who can patrol the middle of the field while others cause havoc near the line of scrimmage. Here, in reverse order, are the best safety tandems in the NFL right now. 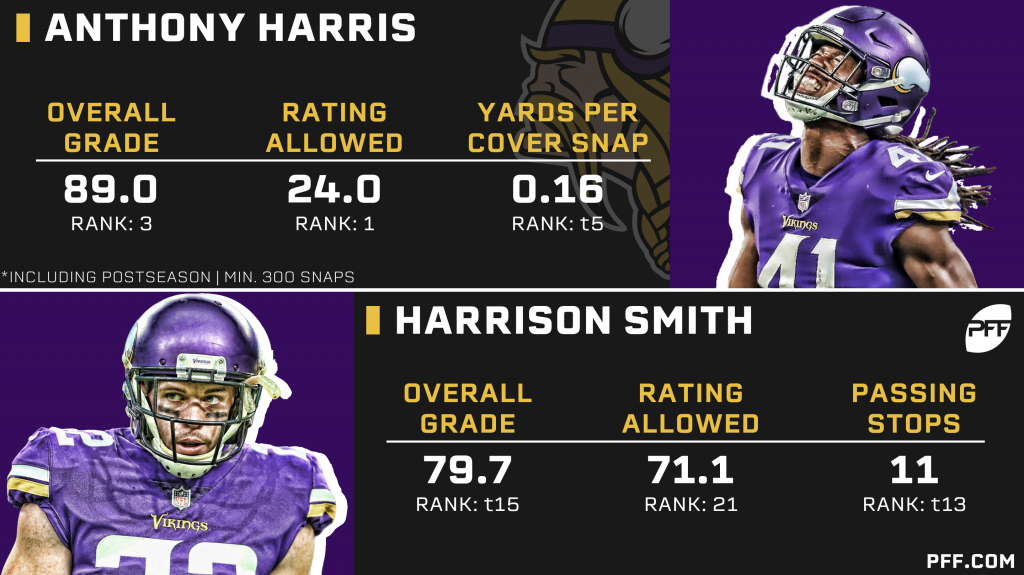 His overall grade dropped from 91.8 in 2017 to 79.7 last season, but Harrison Smith remained elite against the run with a 91.3 run-defense grade in 2018 — the best mark among safeties. He was also one of the most reliable tacklers in the NFL with a 21.5 tackle efficiency rating, again, best among safeties who logged 400 or more snaps.

Harris came in for the injured Andrew Sendejo in Week 6 and immediately put forth one of the best single-game performances of the 2018 season. Keeping the starting job for the remainder of the campaign, Harris made his most significant impact in coverage, where he saw just 13 targeted passes. Still, he recorded three interceptions and two additional pass breakups and allowed a passer rating of only 24.0 on throws into his coverage.

Jamal Adams exploded onto the scene as one of the league's most versatile safeties a season ago. He played 137 snaps at edge defender, 172 snaps as a slot cornerback, 40 snaps as a wide cornerback, 489 snaps in the box and 281 snaps as a deep safety, and he earned grades north of 77.0 in all four facets of our defensive grading system. He produced a pressure rate of 28.2% as a pass-rusher — third among the 19 safeties with at 25 pass-rushing snaps — and he allowed a passer rating of just 67.3 on throws into his primary coverage.

Marcus Maye only managed 393 snaps in 2018, but he sure made his time on the field count. Through six games, Maye earned an impressive 81.7 overall grade thanks to strong showings in all facets of the game. However, he shined in coverage, where he allowed just 0.08 yards per snap and a catch once every 106.5 snaps while in coverage. 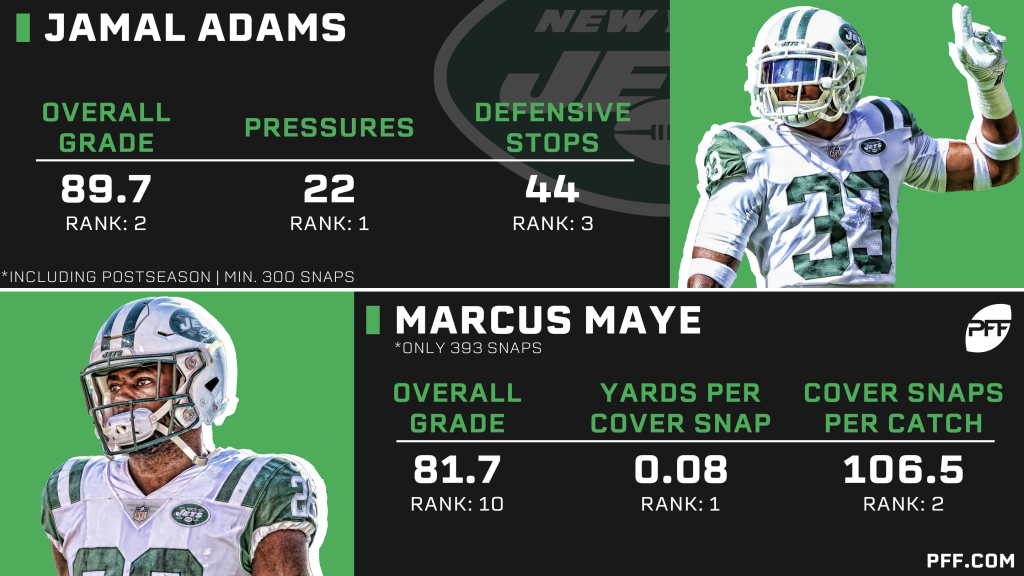