Below, we’ve highlighted nine of the NFL's top rookies and detailed their projected stat lines for 2019. 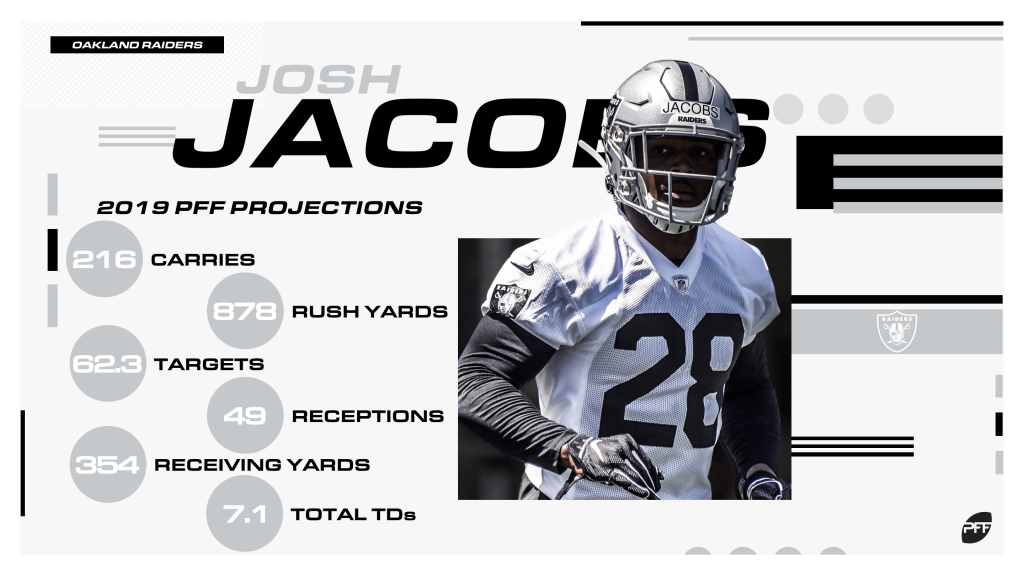 The first running back off the board in 2019 NFL Draft, Josh Jacobs enters the league with high expectations and all of the tools and opportunity to meet said expectations in Year 1. Jacobs finished the 2018 season ranked inside the top-20 among draft-eligible backs in forced missed tackles per attempt (0.27), yards after contact per attempt (4.1) and percentage of carries resulting in a first down or touchdown (41.0%).

Expected to lead the Raiders’ rushing attack as the team’s bell cow, Jacobs is currently projected to rush for 878.7 yards and 5.6 touchdowns across 216.3 carries this upcoming season. He’s also projected to catch 49 passes for 354.7 yards and 1.5 touchdowns. 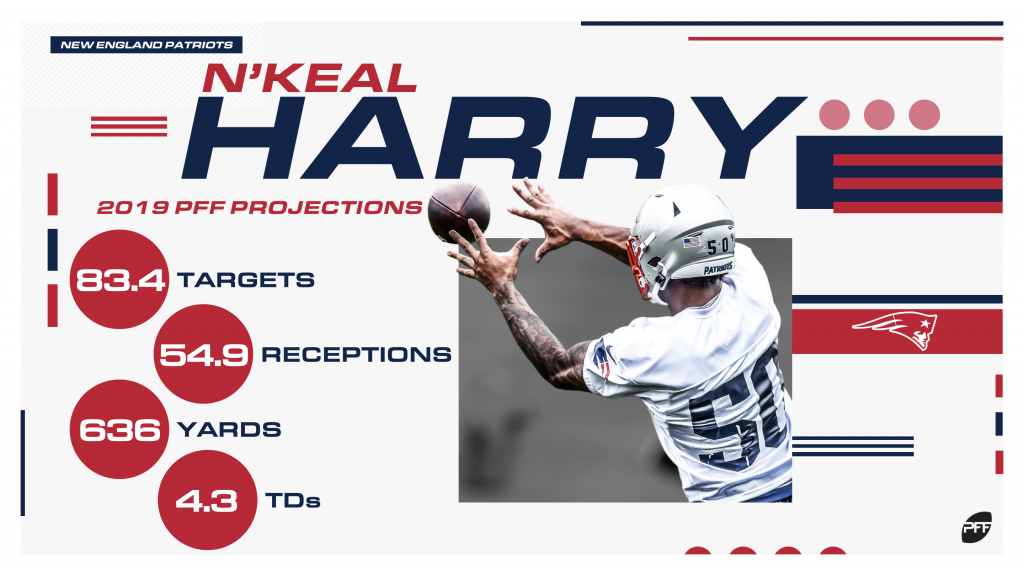 N’Keal Harry was a big play waiting to happen and one of the draft class’ best contested-catch receivers at Arizona State. He recorded 61 explosive plays — gains of 15 or more yards — in his final two years with the Sun Devils, a mark that ranked tied for first with Buffalo’s Anthony Johnson among draft-eligible receivers. He’s also ranked sixth in two-year receiving grade (90.1) and first in contested-catch rate on passes of 10-plus air yards at 57.5%.

Great after the catch, an explosive receiving threat and worthwhile contested-catch guy, Harry has a ton of potential at the next level and very well could make some of the league’s worst signal-callers look good. Fortunately for him, he’ll have a future Hall of Famer in Tom Brady at the helm, a situation that should only drive up expectations for the 2019 first-rounder in Year 1.