Beyond providing data for all 32 NFL teams, PFF also supports network broadcasters with game-preview packets that are used to enhance the in-game experience for fans and viewers. This Packers-Redskins preview features the same information our broadcast partners use for team research and in-game production.

Two weeks into the 2018-19 NFL season, Aaron Rodgers is the highest-graded quarterback and has recorded the second-highest passer rating (78.9) when under pressure 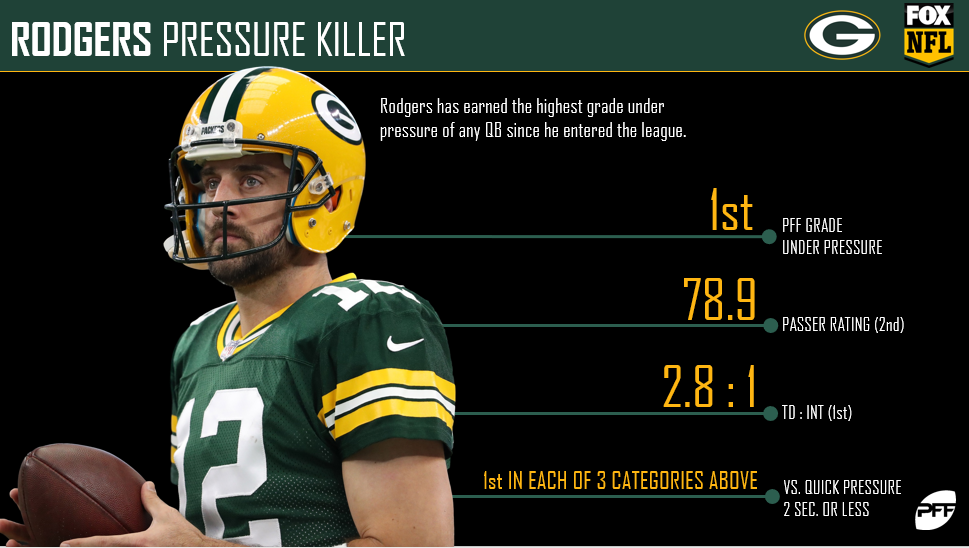 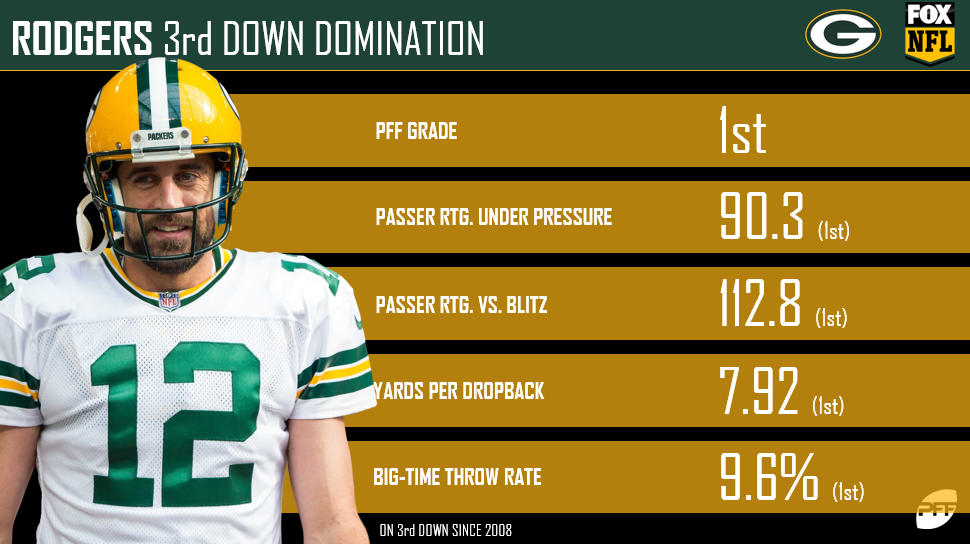 Clay Matthews & Co. haven't had the best start to the season, as Green Bay's defense ranks 24th in pressure rate after underwhelming performances against the Chicago Bears and Minnesota Vikings. 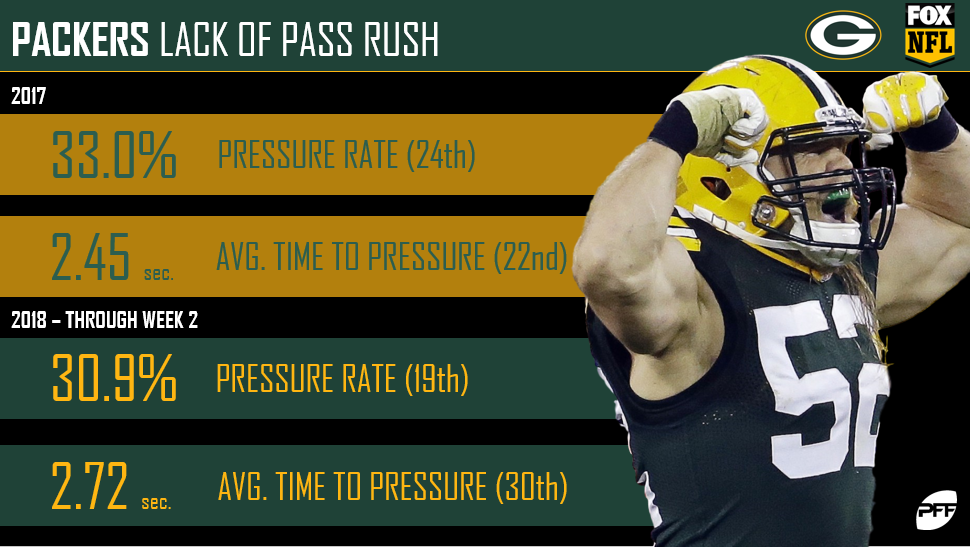 Josh Jackson and Jaire Alexander both earned 90.0-plus overall grades throughout their collegiate careers, and the duo is on the fast track to similar success in the NFL. 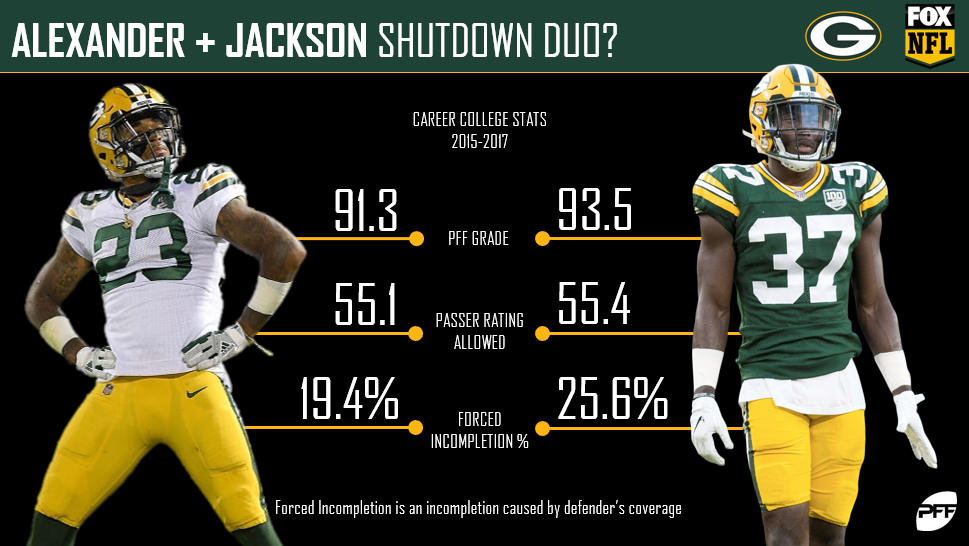 Though he thrived heaving the deep ball to Tyreek Hill a year ago, Alex Smith struggled to remain accurate throwing passes at the intermediate (10-19 yards) level. His accuracy percentage at the intermediate level was 4.6 percent below average among qualifiers in 2017. 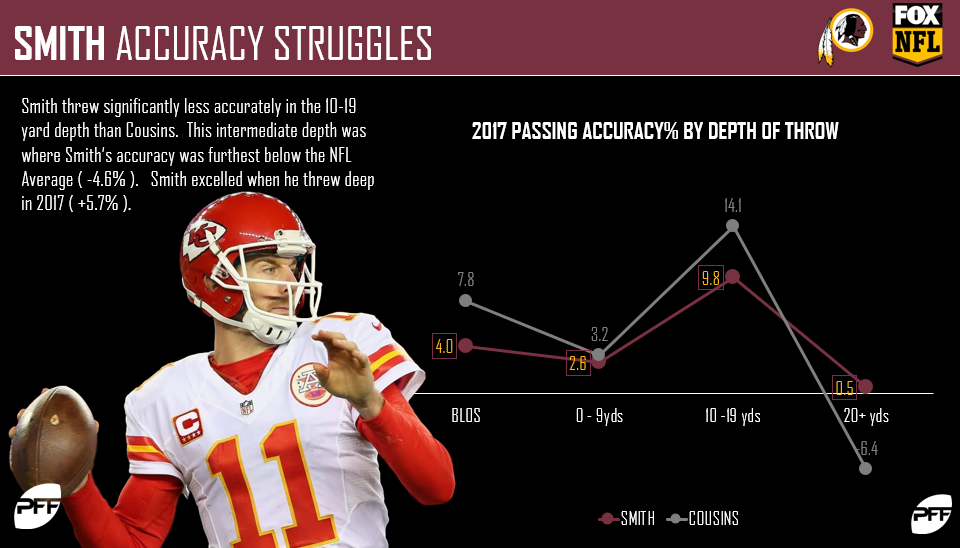 CHRIS THOMPSON IS A MISMATCH NIGHTMARE

Redskins running back Chris Thompson, a 5-foot-8 speedster and efficient route-runner, is Smith's favorite target through two weeks. Thompson ranked first and third in yards per reception and yards after the catch per reception, respectively, in 2017. 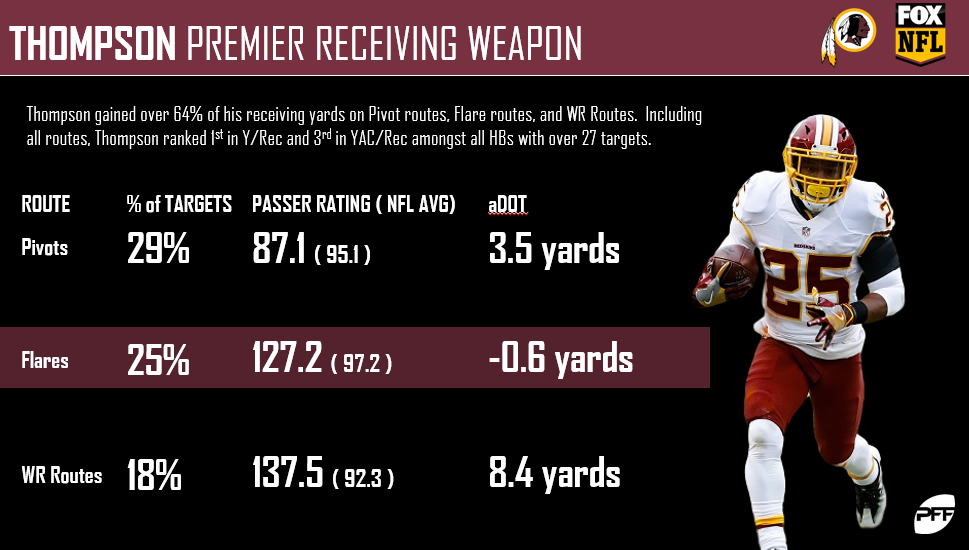 Redskins feature a rising star along the defensive line

Washington defensive interior Matt Ioannidis has earned a 90.9 pass-rush grade through Week 2, and his play in 2017 indicates such high-level success is here to stay. Ioannidis ranked fifth in pressure percentage (13.3) among qualifiers a year ago. 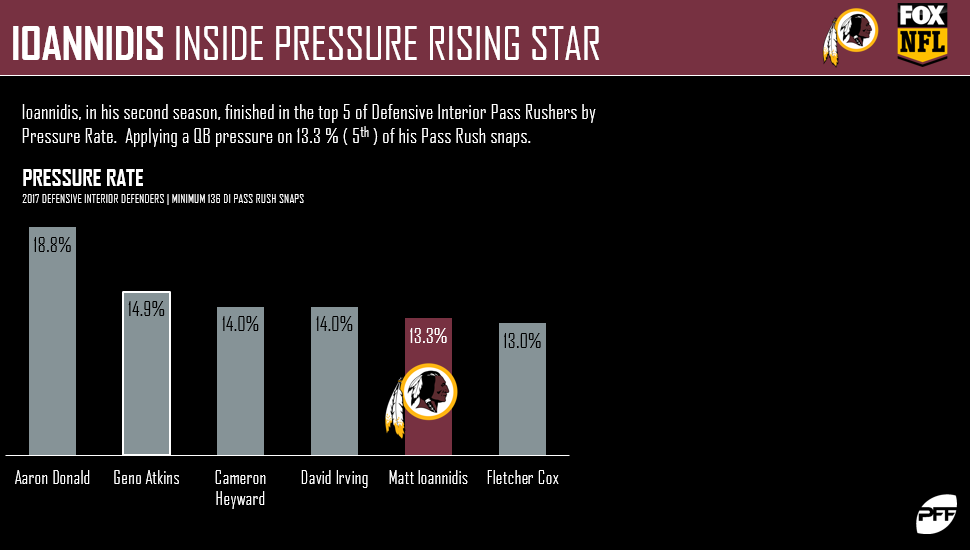 GRAB POPCORN FOR NORMAN VS. ADAMS

Josh Norman has lost a step since his career year in 2015 (85.7 overall grade), but he's still more than capable of giving Packers wide receiver Davante Adams a run for his money on Sunday. 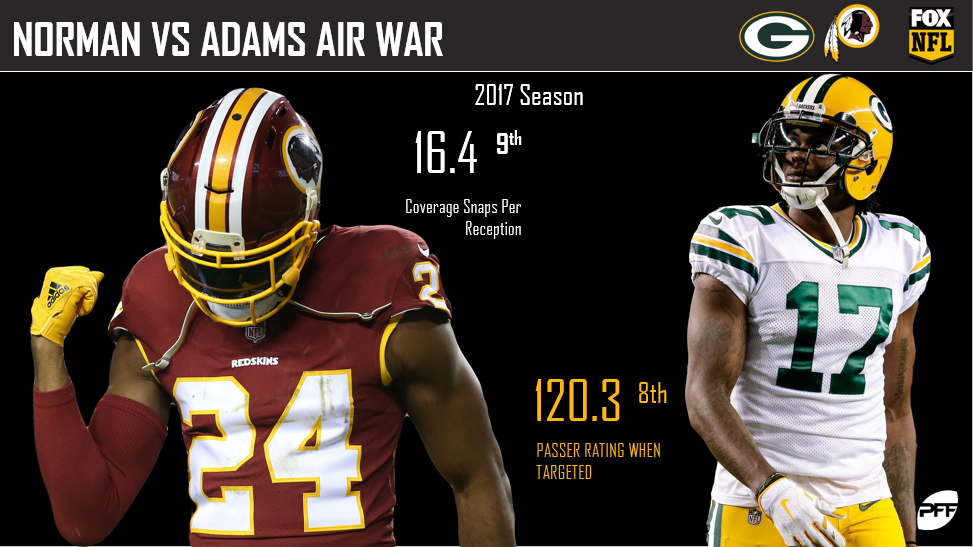 PFF Greenline has projections for the spread, moneyline and over/under of the Green Bay Packers' matchup with the Washington Redskins. Get their picks here.