Beyond providing data for all 32 NFL teams, PFF also supports network broadcasters with game-preview packets that are used to enhance the in-game experience for fans and viewers. This Titans-Jaguars preview features the same information our broadcast partners use for team research and in-game production.

Listed as questionable as of Thursday, Marcus Mariota hasn't been at his best when facing no pressure. In 2017, Mariota ranked 35th and 36th in adjusted completion percentage (71.2) and passer rating (78.2), respectively, from a clean pocket. 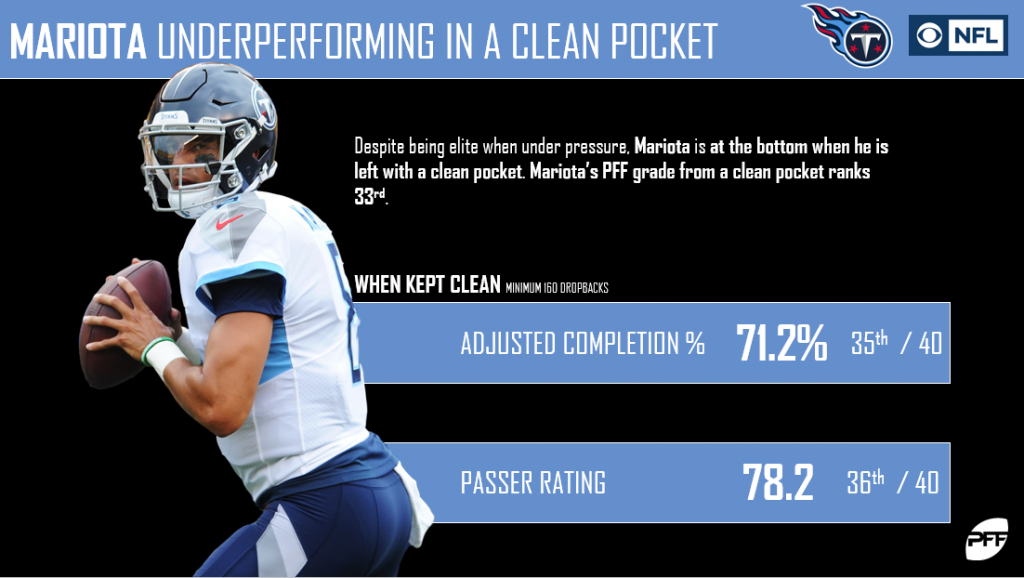 Running backs Dion Lewis and Derrick Henry have proven in years past they're capable of high-end play. Both backs ranked inside the top-six in yards after contact per attempt in 2017. 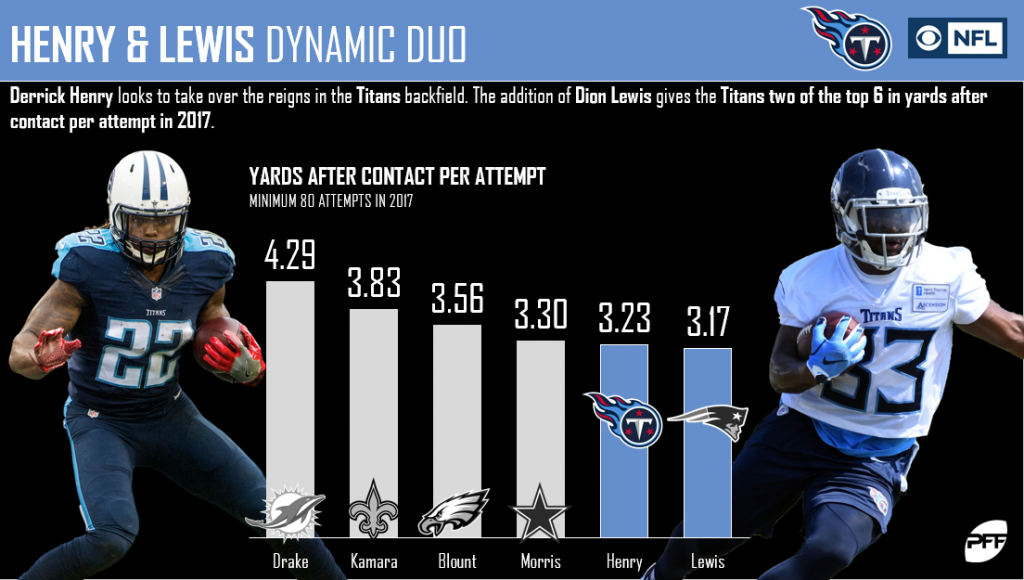 The Titans' defense kept its opponents from beating them for big plays all season long in 2017, as the unit allowed just 40 plays of 20 or more yards – the fewest among defenses. 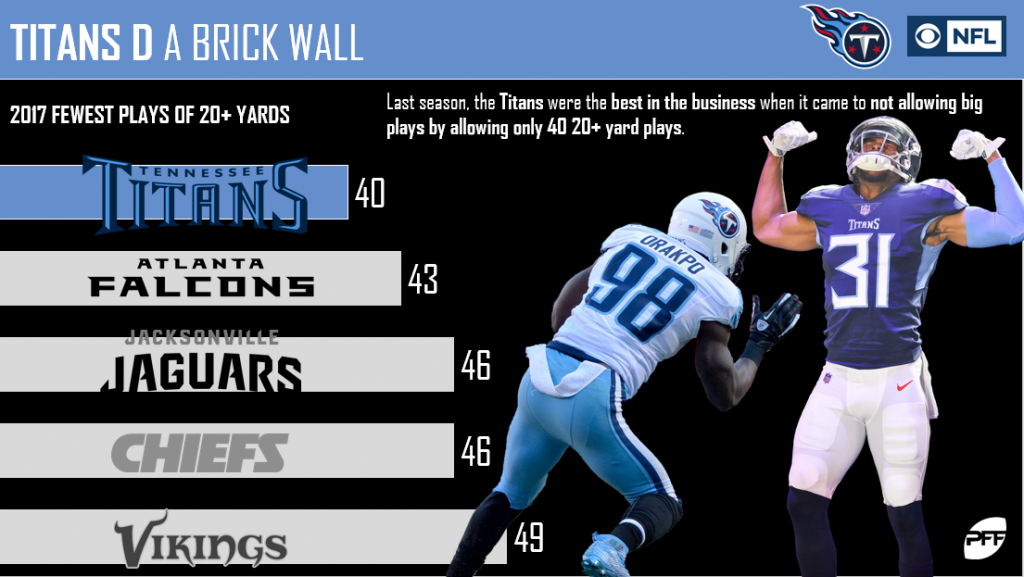 Harold Landry is bound for a big day in Jacksonville

Considered a steal coming off the board in the second round of the 2018 NFL Draft, Titans edge defender Harold Landry has flashed brilliance early in his career. With a banged-up Jaguars offensive line ahead of him, Landry may return to his 2016 form on Sunday. 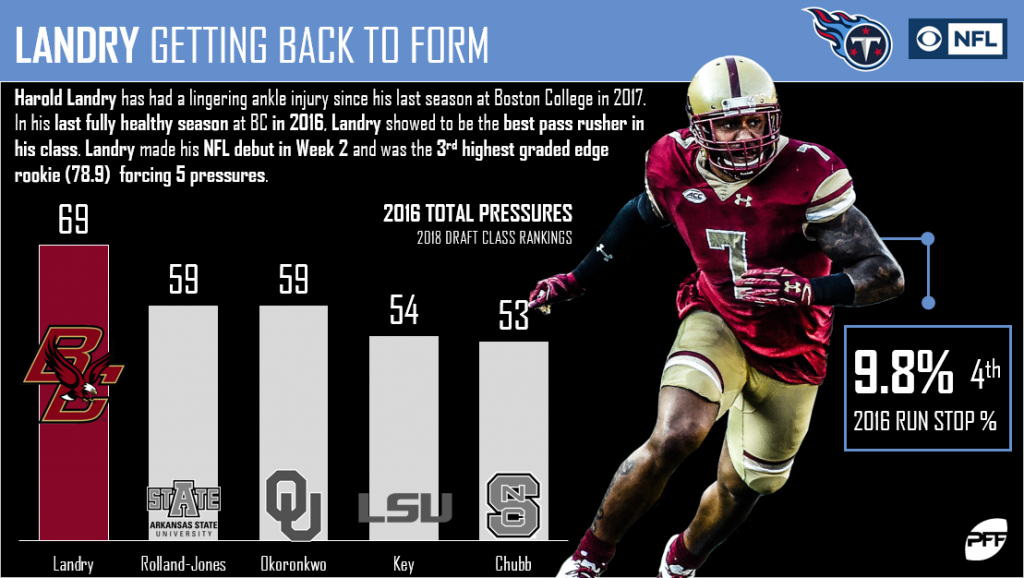 Jaguars quarterback Blake Bortles has run play-action on 31.0 percent of his dropbacks through two weeks, a career-high mark for the fifth-year signal-caller. 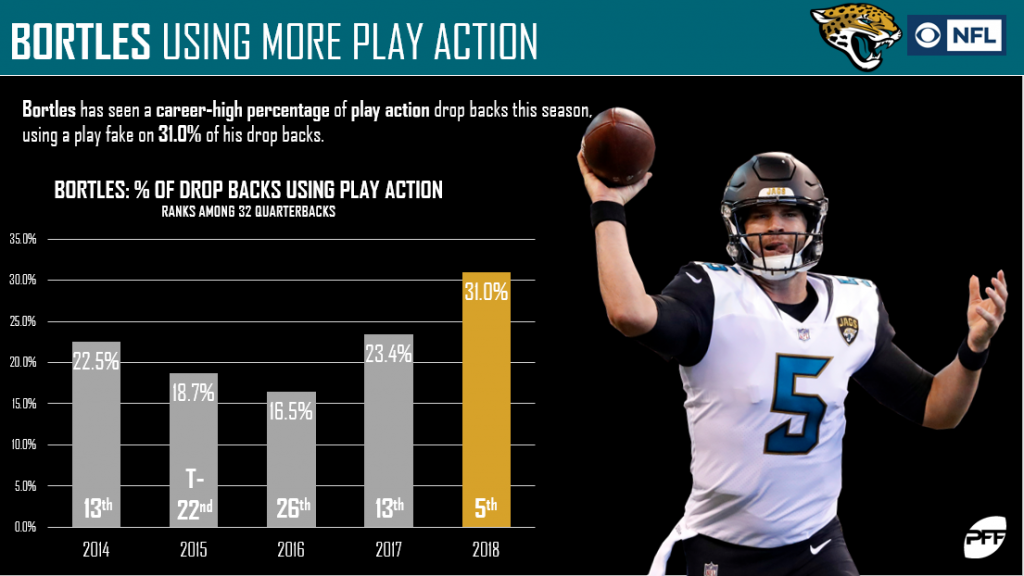 KEELAN COLE IS RISING TO THE OCCASION

With Marqise Lee out for the season, the Jaguars have asked second-year wide receiver, Keelan Cole, to fill his shoes. Cole has done just that, as he is riding a hot finish to the 2017 season to NFL stardom early on. 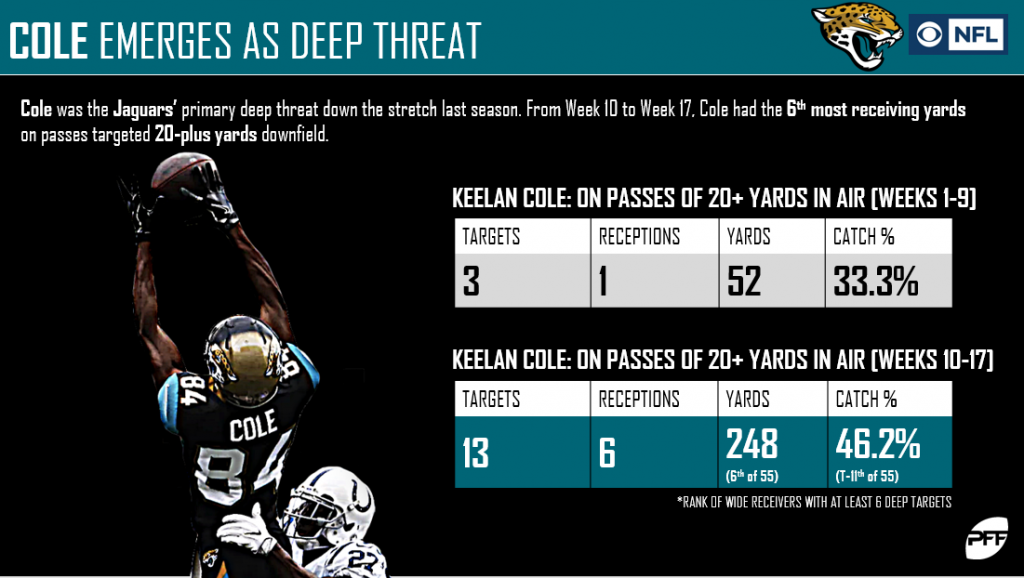 Opposite of vibrant star Jalen Ramsey, Jaguars' AJ Bouye is too often overlooked. Bouye has carried his career year success into 2018, as he has allowed just a 59.0 passer rating through Week 2. 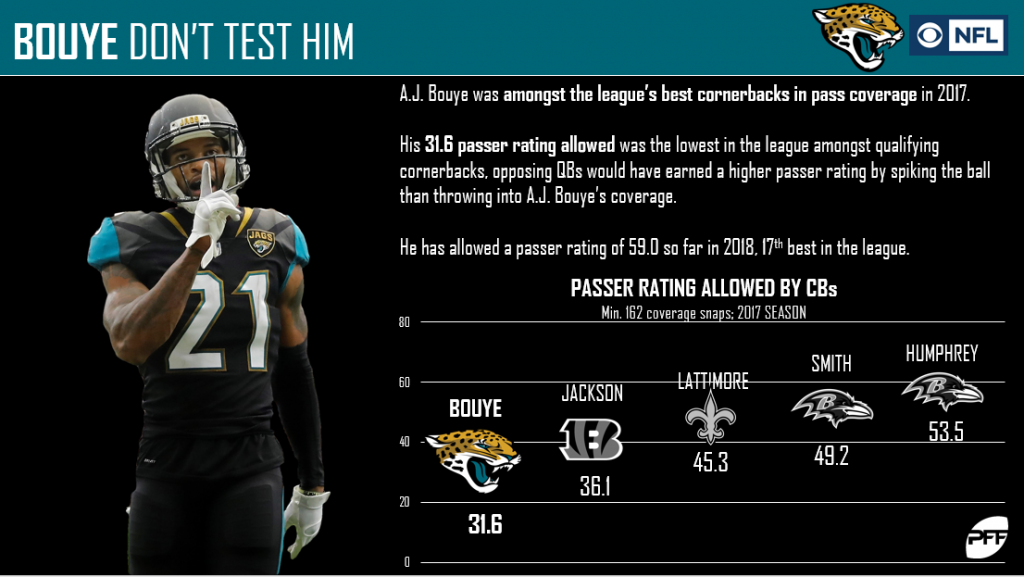 CALAIS CAMPBELL IS A FORCE TO BE RECKONED WITH

The 6-foot-8, 300-pound Calais Campbell isn't hard to spot along the Jags' defensive line, and he's even harder to block. Campbell has recorded six total pressures and four defensive stops so far this season. 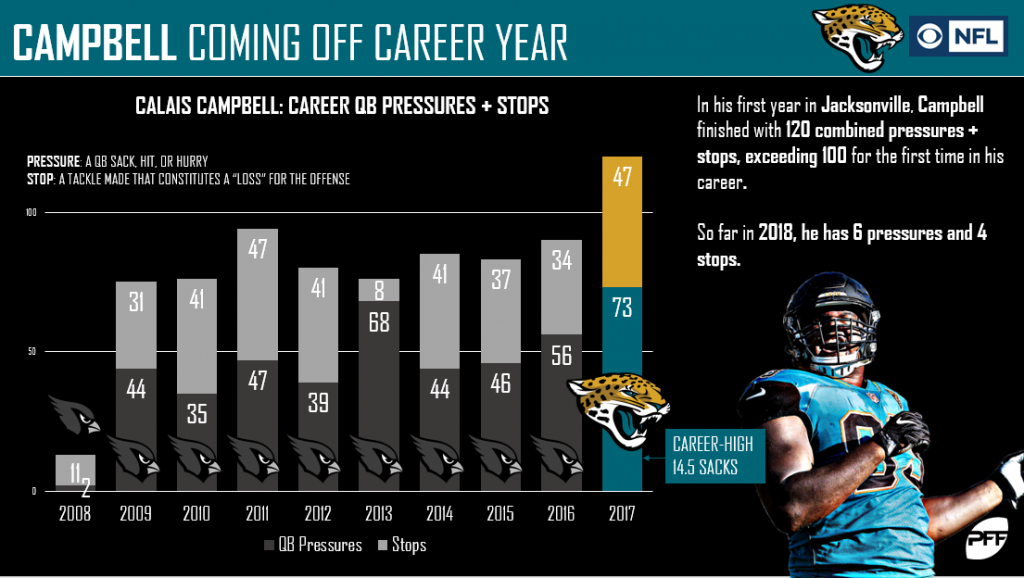