Beyond providing data for all 32 NFL teams, PFF also supports network broadcasters with game-preview packets that are used to enhance the in-game experience for fans and viewers. This Raiders-Dolphins preview features the same information our broadcast partners use for team research and in-game production.

CARR FIRING THE BALL OUT QUICKER AND QUICKER

Raiders quarterback Derek Carr has gotten the ball out of his hands quicker in each of his past four seasons in the NFL, and through two weeks in 2018, his average time to attempt is a career-low 2.18 seconds. 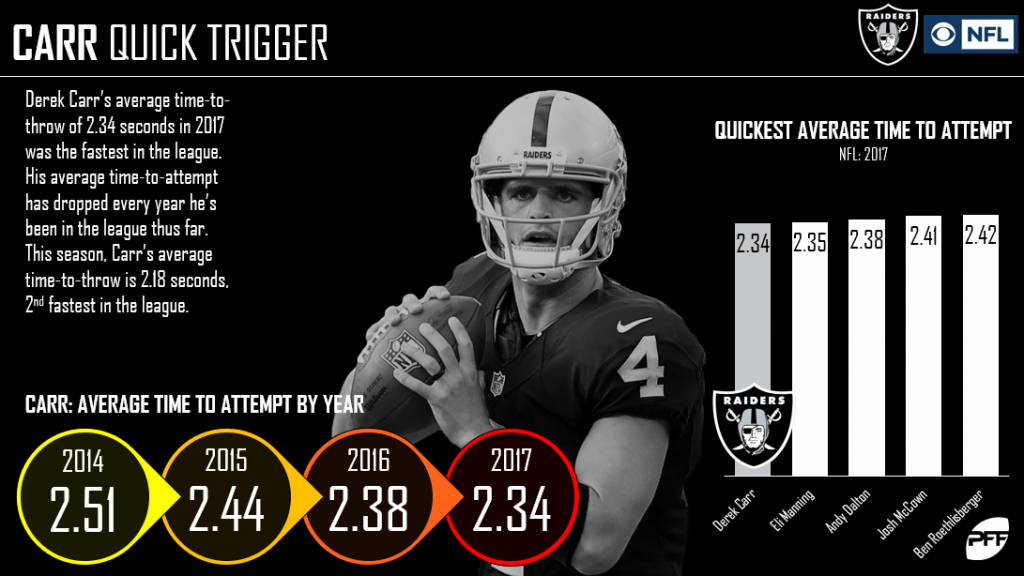 COOPER CAN BE EVEN BETTER IN THE SLOT

Third-year wide receiver Amari Cooper has flashed elite play in bursts all throughout his NFL career, but he has been no more consistent than when positioned in the slot. His 2017 yards per route run from the slot (2.21) ranked third among qualifiers. 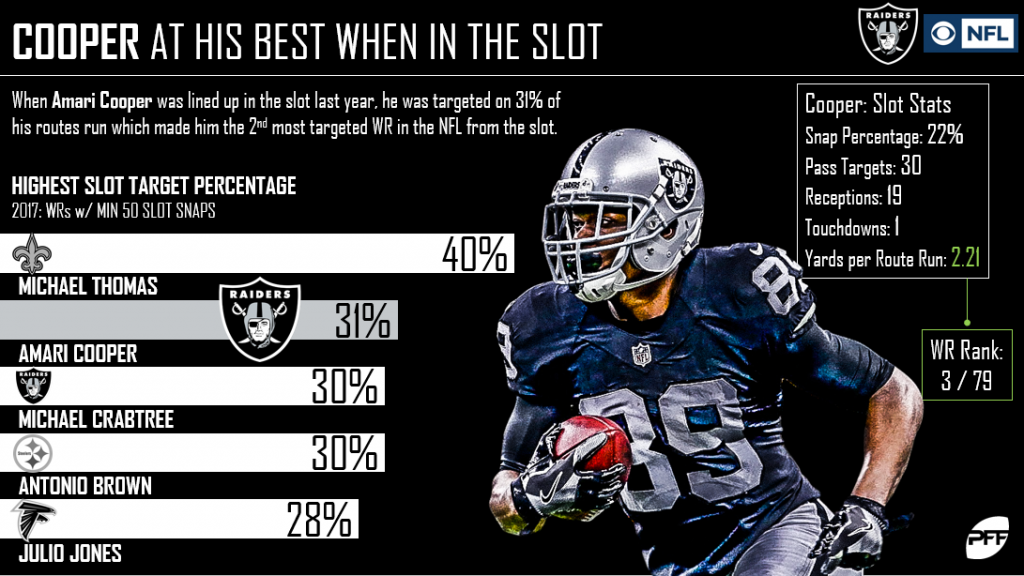 ROOKIE MAURICE HURST READY TO MAKE A NAME FOR HIMSELF

With veteran Justin Ellis and fellow rookie P.J. Hall out against Miami, Raiders' Maurice Hurst has ample opportunity to break out in South Beach. The former Michigan standout logged his first NFL sack in Week 2 and will look to build on the figure against a shaky Dolphins offensive line. 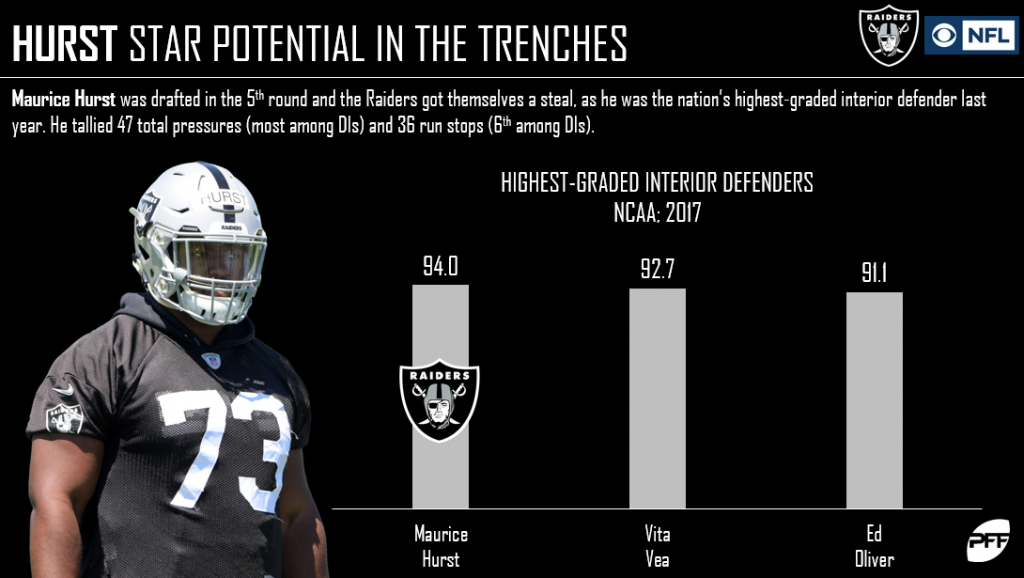 MELVIN LOOKS WORTH THE PAYOUT EARLY IN 2018

Brought in as a free agent after his breakout campaign in Indianapolis a year ago, Raiders cornerback Rashaan Melvin is living up to high expectations. He has allowed just a 33.6 passer rating and recorded three interceptions/pass breakups in two games. 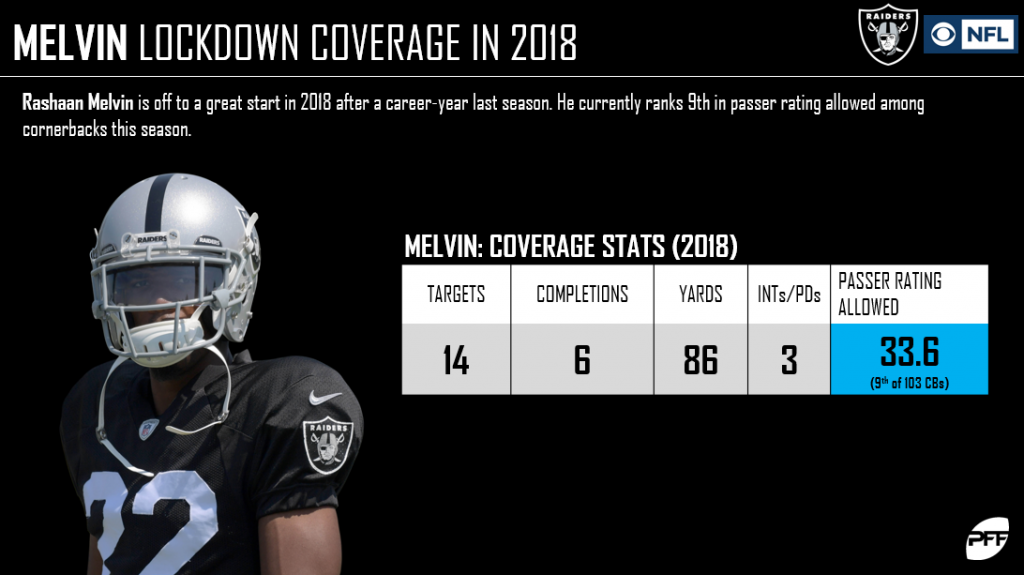 TANNEHILL STRUGGLING TO HANDLE THE BLITZ

After missing all of last season due to injury, Ryan Tannehill has struggled to re-acclimate to blitzing defenses in the NFL. He has recorded the second-lowest passer rating when blitzed among qualifying signal-callers this season. 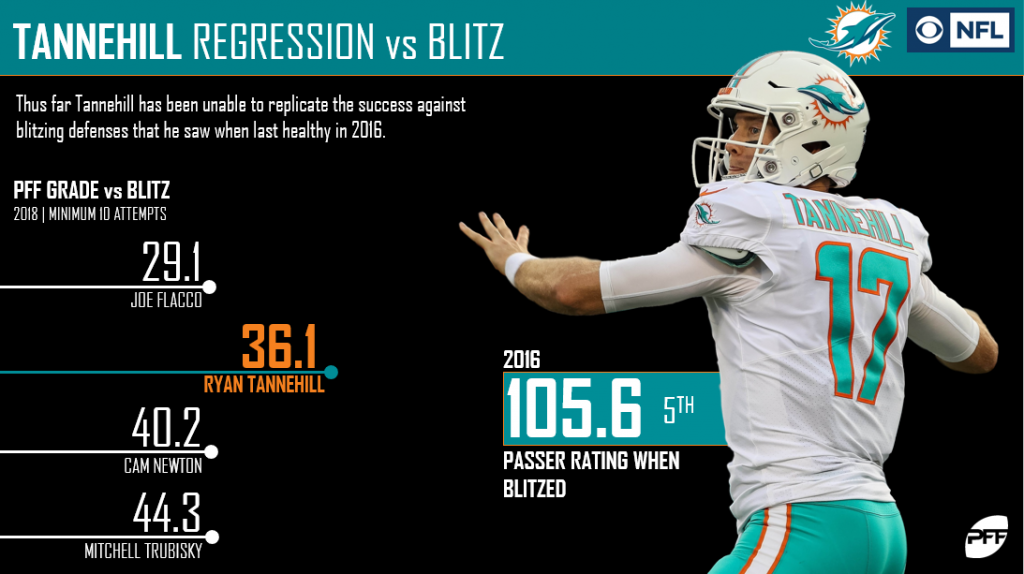 DRAKE NEEDS TO RETURN TO HIS 2017 FORM 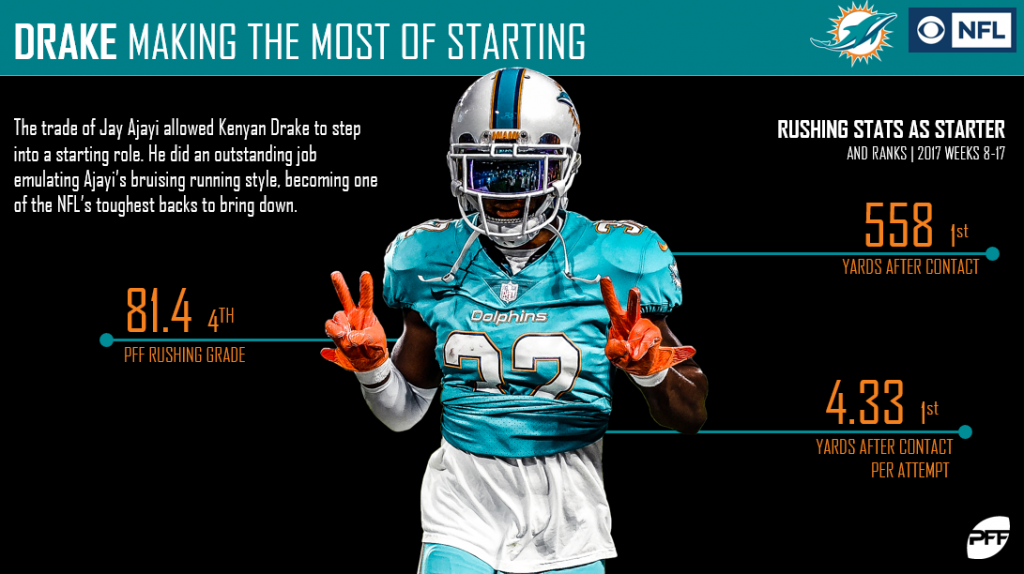 FITZPATRICK OFF TO A HOT START IN THE SLOT

Dolphins rookie cornerback Minkah Fitzpatrick has allowed just a 61.2 passer rating when targeted in the slot this season, which matches well with his performance at Alabama over the past three years. 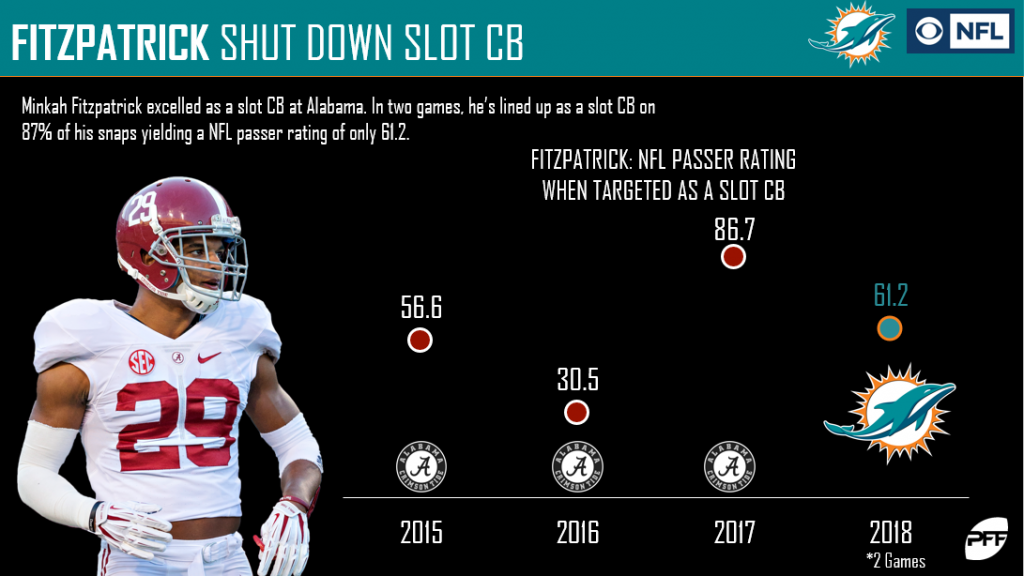 XAVIEN HOWARD TRENDING UP AS OF LATE

Improving in each of the past three seasons, Dolphins' Xavien Howard has allowed just a 28.2 passer rating this season — a career-high mark for the three-year cornerback. 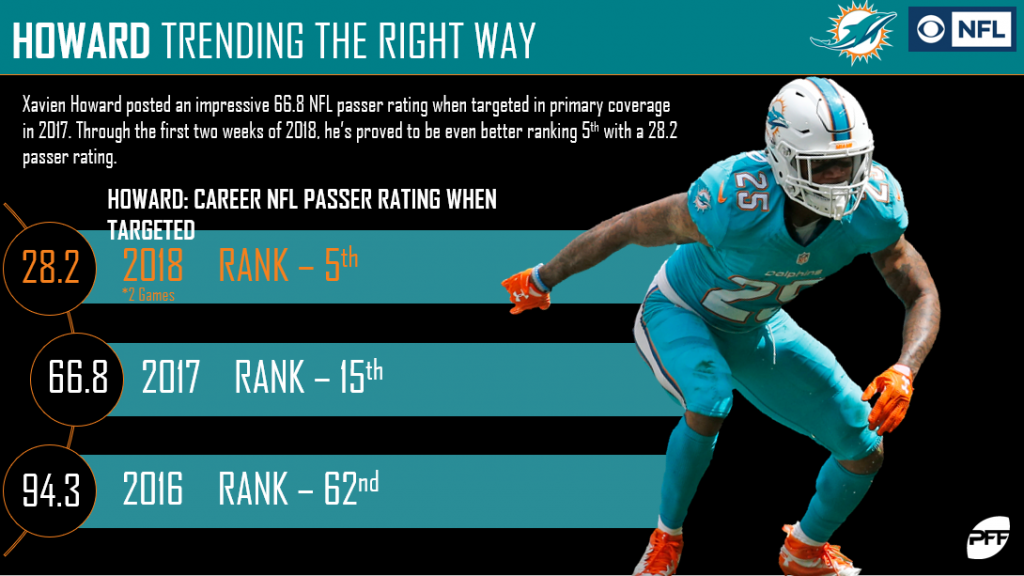