Beyond providing data for all 32 NFL teams, PFF also supports network broadcasters with game-preview packets that are used to enhance the in-game experience for fans and viewers. This Bills-Vikings preview features the same information our broadcast partners use for team research and in-game production.

Through two weeks, the Bills offensive line has allowed quarterback pressure on just over a quarter of their passing plays, which is a far cry from their performance as a unit last year. Things won't get any easier in Minnesota, as the Vikings currently rank third among teams with 35 total pressures and a 40.7% pressure rate. 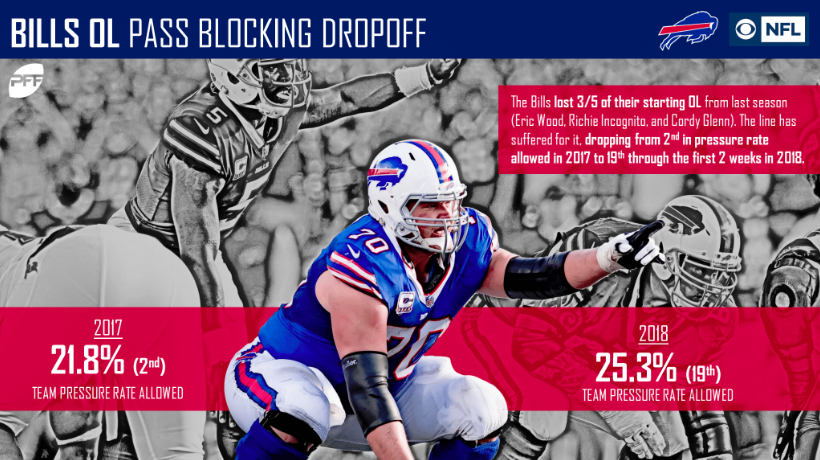 Rookie quarterback Josh Allen faces a big challenge against the Vikings defense in his second career start. So far this season, Allen has been under pressure on 44.3% of his dropbacks, the third-highest rate in the NFL, and ranks last among qualified quarterbacks with an 11.8 passer rating and 25.0% adjusted completion percentage. 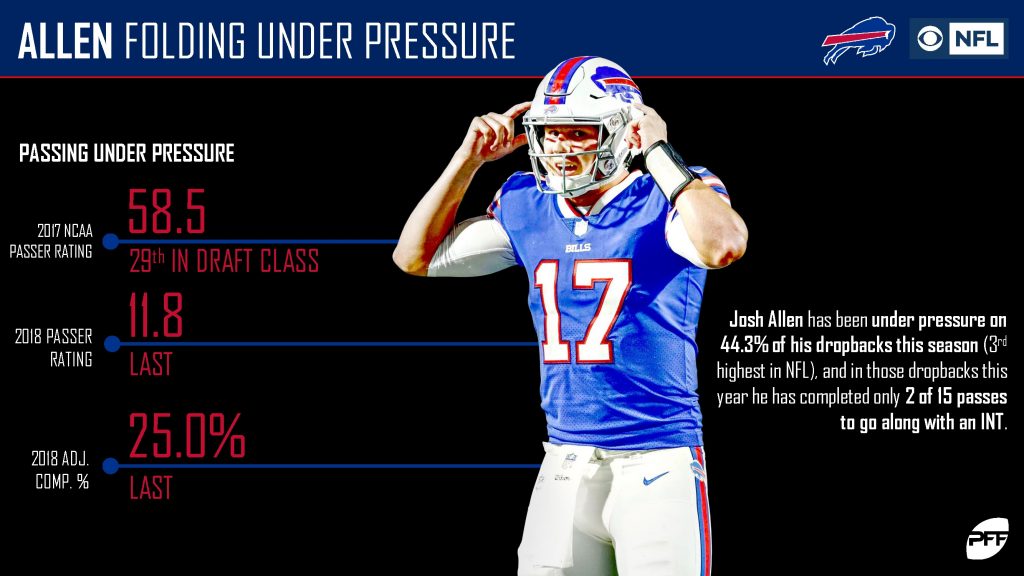 Buffalo's secondary will be tested

The secondary of the Buffalo Bills defense is off to an unimpressive start to the 2018 season. Through two games, the group has been torched in coverage and allowed 75.4% of passes to be completed, which is the second-highest rate in the NFL so far. 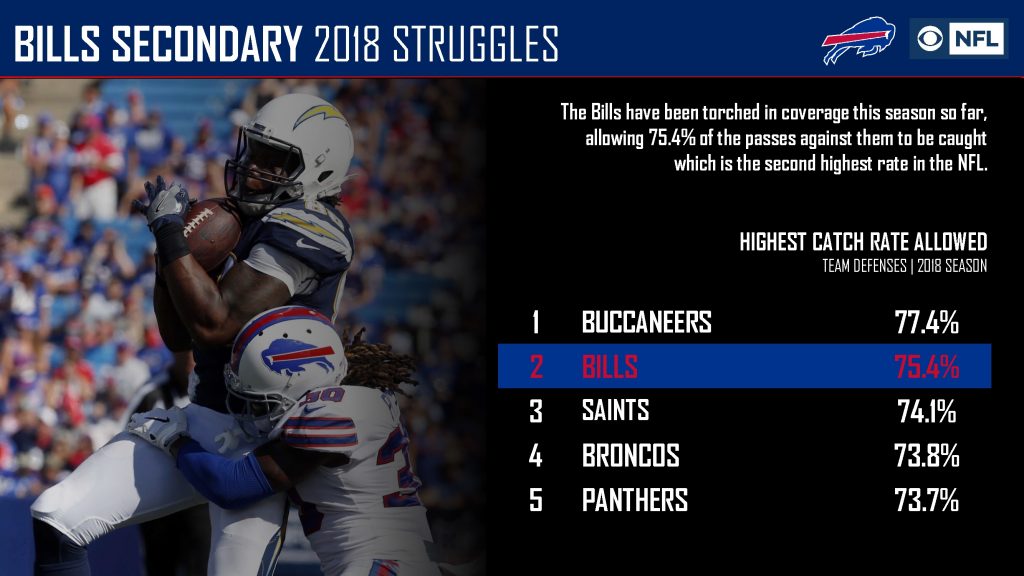 The Bills' first-round draft pick has had a rough start to NFL life, especially in coverage, where he's allowed 2.69 yards per coverage snap and a passer rating of 123.7, which are both the worst marks among linebackers so far. 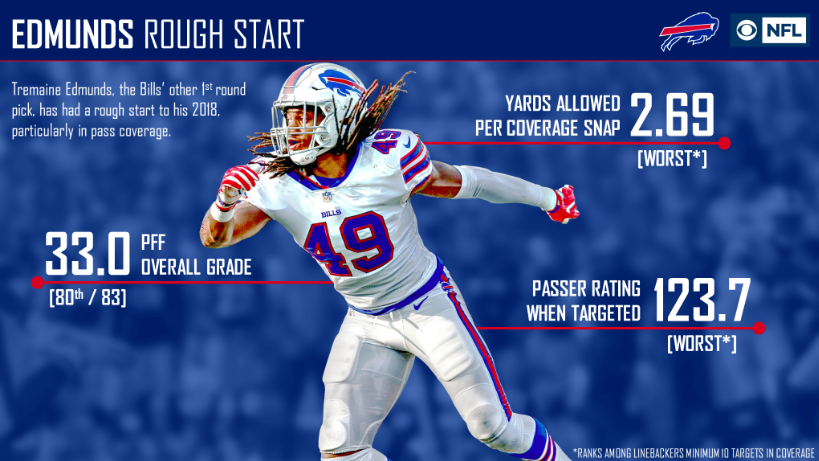 When it came to throwing deep last year, Kirk Cousins was one of the most productive quarterbacks in the league and finished in the top-10 in most of our advanced metrics. It'll be fascinating to see if he can get the deep ball going against the Bills defense on Sunday, as they allowed a passer rating of just 39.9 on throws targeted 20 or more yards downfield last year – the best mark among defenses. 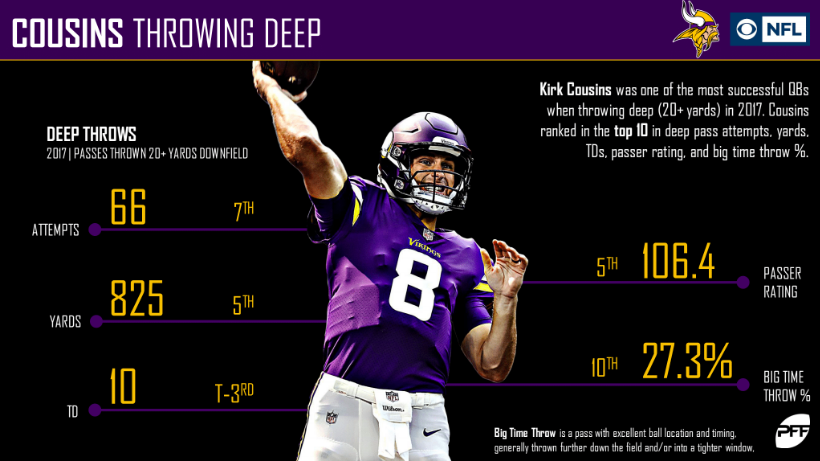 The Bills defense getting to the quarterback in the red zone

If the Bills are going to have any chance at all on Sunday, they're going to have to make the most of their opportunities in the red zone, but that'll be much easier said and done against an impressive Vikings front that produced pressure on half of their red zone pass defense snaps last year. 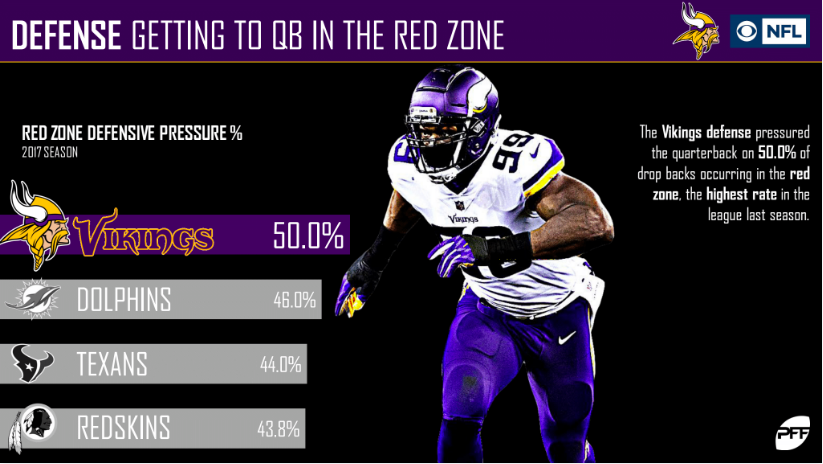 Dalvin Cook picked up where he left off last year. Through two games this season, he has forced the most missed tackles of any running back, more than double the avoided tackles he had after two weeks in 2017. The Bills have missed 20 tackles so far, tied for the third-most of any defense. 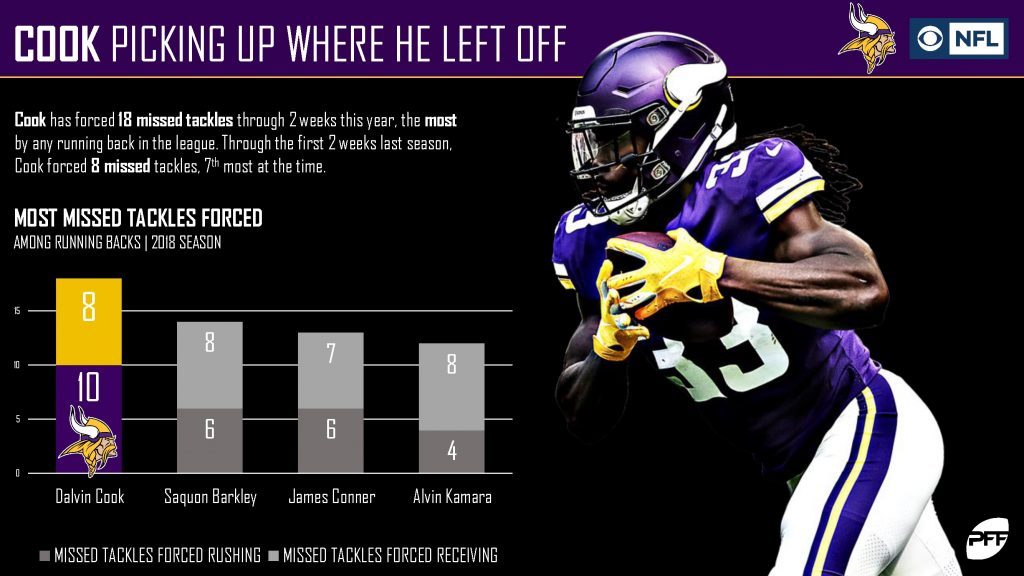 Rookie cornerback Mike Hughes has been pressed into action early in his Vikings career, and he’s held his own so far. His 50.6 passer rating when targeted ranks 10th among cornerbacks with at least seven targets this season. 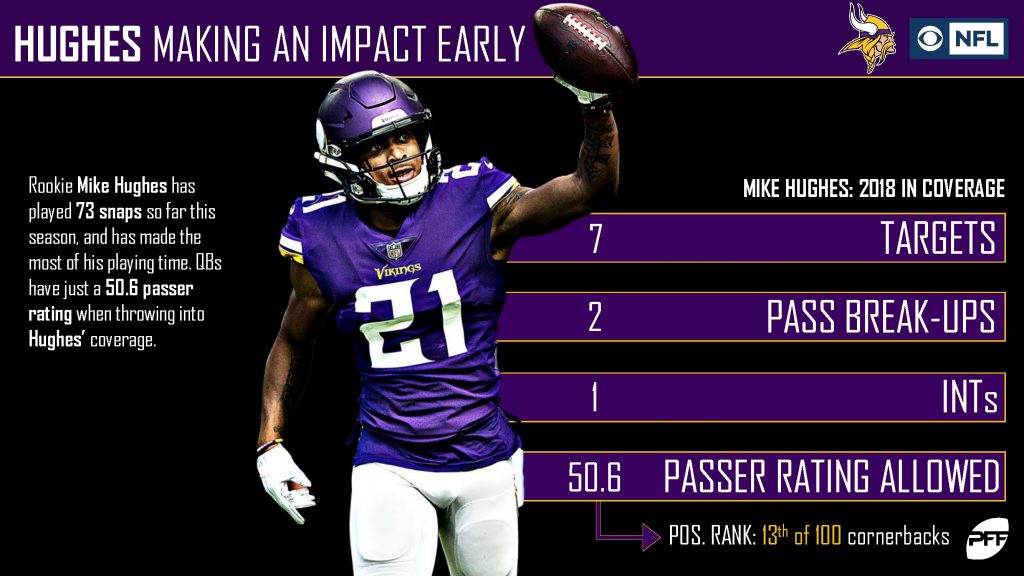 PFF Greenline has projections for the spread, moneyline and over/under of the Buffalo Bills' matchup with the Minnesota Vikings. Get their picks here.