When ranking all the talented defenses over the last quarter-century, it might take awhile before you get to the 2017 Vikings. The star power just isn’t there like it was for the 2000 Ravens, 2002 Bucs, 2013 Seahawks, or even the 2015 Broncos. However, including the all-time great defenses listed above, no defense since the year 2000 has allowed third-down conversions at a lower rate than the Vikings' 25.2 percent this season.

It’s difficult to believe the Vikings would get results like that through sheer randomness, so I went looking at every single third-and-long situation the Vikings' defense forced this past season to try and find an explanation. What I found was an aggressive approach to guarding the sticks that had Mike Zimmer’s innovative fingerprints all over it.

For most teams around the NFL, safeties live up to their namesake. They are there as a safety net, cleaning up the mistakes of other defenders down the field. For Zimmer, they are weapons to be deployed. On money downs, he loves using all seven coverage defenders to clog up passing windows. Take the depth of their deep safety in cover-3 for example. Below is how the middle of the field safety looks for the majority of defenses around the NFL: 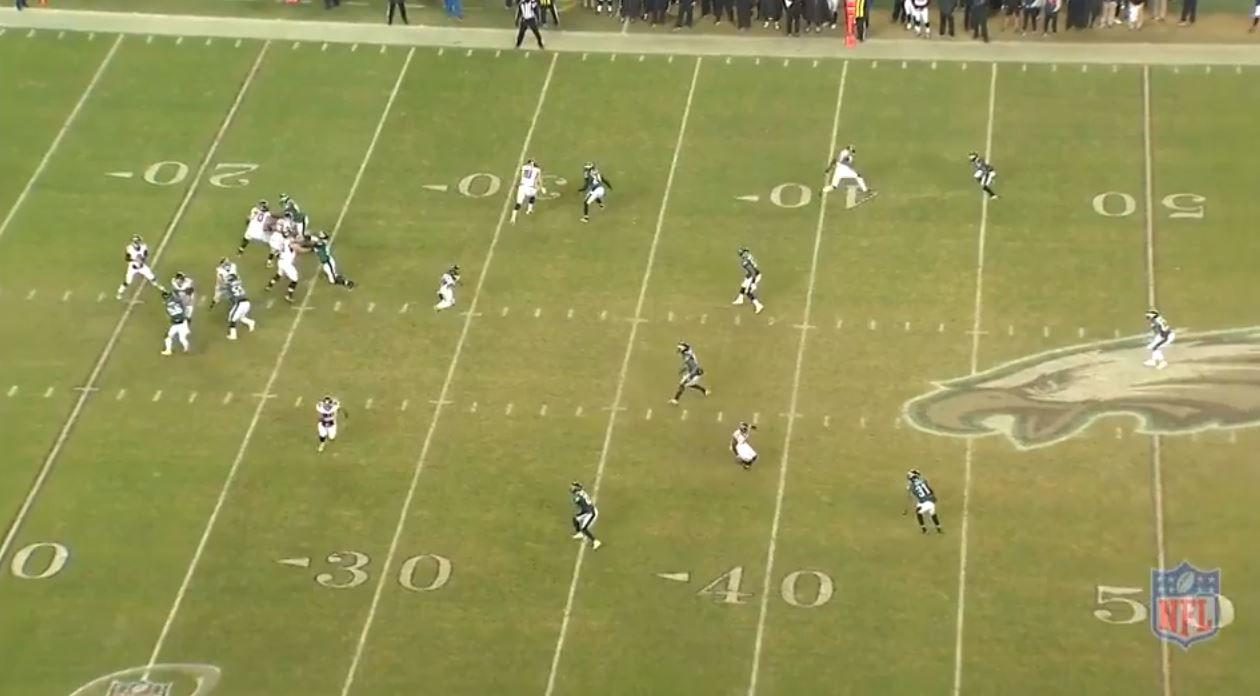 This is on a third-and-11 from the Eagles game last week against the Falcons. Two seconds after the snap, safety Rodney McLeod is 20 yards off the line of scrimmage and still gaining depth with his backpedal. Now here is a screenshot below of the Vikings in a third-and-10 against the Panthers playing cover-3 (although they’ve combined it with some man principles): 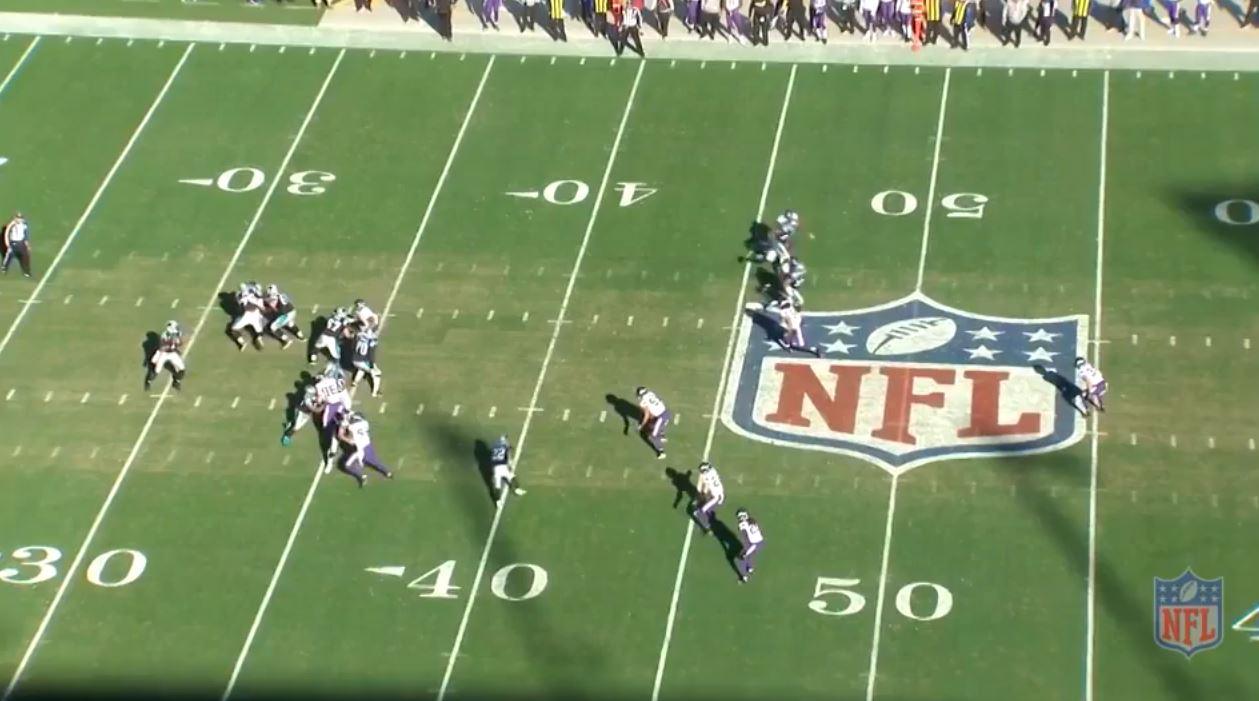 Andrew Sendejo is 15 yards off the line of scrimmage and creeping backwards, nearly flat-footed. The Vikings design their coverage so that their safety is in a position to contest a ball thrown at the sticks. The Eagles, and most of the NFL, do not.

This is at the very core of what makes them so good at defending on third down. On almost every single third-and-long this season, you’ll see Minnesota’s safeties planted at or just behind the first down markers. Whether it’s one safety in a single-high coverage or both in a split-safety look, they know precisely where the first down markers are at. This is especially evident when they run cover-4 or their variation of 2-man shown below.

The Vikings had an all-time 3rd down defense this year, and much of that stems from how they use their safeties in those situations. They play the sticks almost every 3rd and long pic.twitter.com/7TLF8i1PwP

This isn’t so much cover-2 as it is man coverage with two robbers. Both safeties are firmly planted up the seams as the man-coverage defenders funnel to them with outside technique. The Vikings dialed up quarters coverage on 15 third-and-longs this year (third-most in NFL) and 2-man coverage 14 times (fifth-most in NFL). Even their single-high man coverage can be a misnomer on third-and-longs. The play below is much closer to single-medium in reality.

Their safeties almost never get into a full backpedal. Leaves you susceptible to deep shots, but makes underneath/intermediate windows tight for QBs pic.twitter.com/90myhN6omb

When you look at how offenses operate on third downs though, Zimmer is simply playing the odds. On third downs with between seven and 13 yards to go this season, only 15.1 percent of the passes attempted were targeted 10-plus yards past the sticks and 36.2 percent of passes were targeted at or within 10 yards past the sticks. A deep safety might limit or affect those 15.1 percent of plays, but they wouldn't be able to do anything about the 36.2 percent of plays happening well in front of them. For the Vikings, it's a calculated risk that’s paid big dividends. For every extra deep shot taken, they will have affected two intermediate throws. If the opposing offense is going to convert, they’re going to have to work for it.

Of course, the riskiness would skyrocket without superb cornerbacks like Xavier Rhodes and Terrence Newman, who can be trusted not to get toasted deep when left on an island. This scheme also wouldn’t be nearly as stifling if one of those weapons at safety wasn’t PFF All-Pro Harrison Smith. It’s the perfect harmony of scheme paired with talent, and it’s frustrated far better quarterbacks than Nick Foles this season.

To convert against this Vikings' defense, you have to be willing to go deep, and you have to be able to hit outside of the numbers. They won’t allow you to convert by dumping it off over the middle. A lot of defensive coordinators will fake being aggressive by sending the house on a blitz then pair it with a soft matchup zone behind it. Zimmer only blitzed 32 percent of the time on third down this year – exactly the league average – yet still schemed one of the league’s most aggressive defenses.