The art of the interior run-blocker, starring Travis Frederick

CLEVELAND, OH - NOVEMBER 06: Travis Frederick #72 of the Dallas Cowboys in action against the Cleveland Browns during the game at FirstEnergy Stadium on November 6, 2016 in Cleveland, Ohio. Dallas defeated Cleveland 35-10. (Photo by Joe Robbins/Getty Images)

Three straight seasons with 1,000-yard rushers. Two different backs leading the NFL in rushing. The only constant in Dallas has been an offensive line consisting of three all-pros. And among those three, the most consistent is one Travis Frederick. The league’s best run-blocking center is capable of executing any block the Cowboys ask of him. Capability is one thing, though — competency is another. Many offensive linemen have the physical attributes required to execute every block, but no offensive lineman in the NFL successfully completed them like Frederick in 2016. 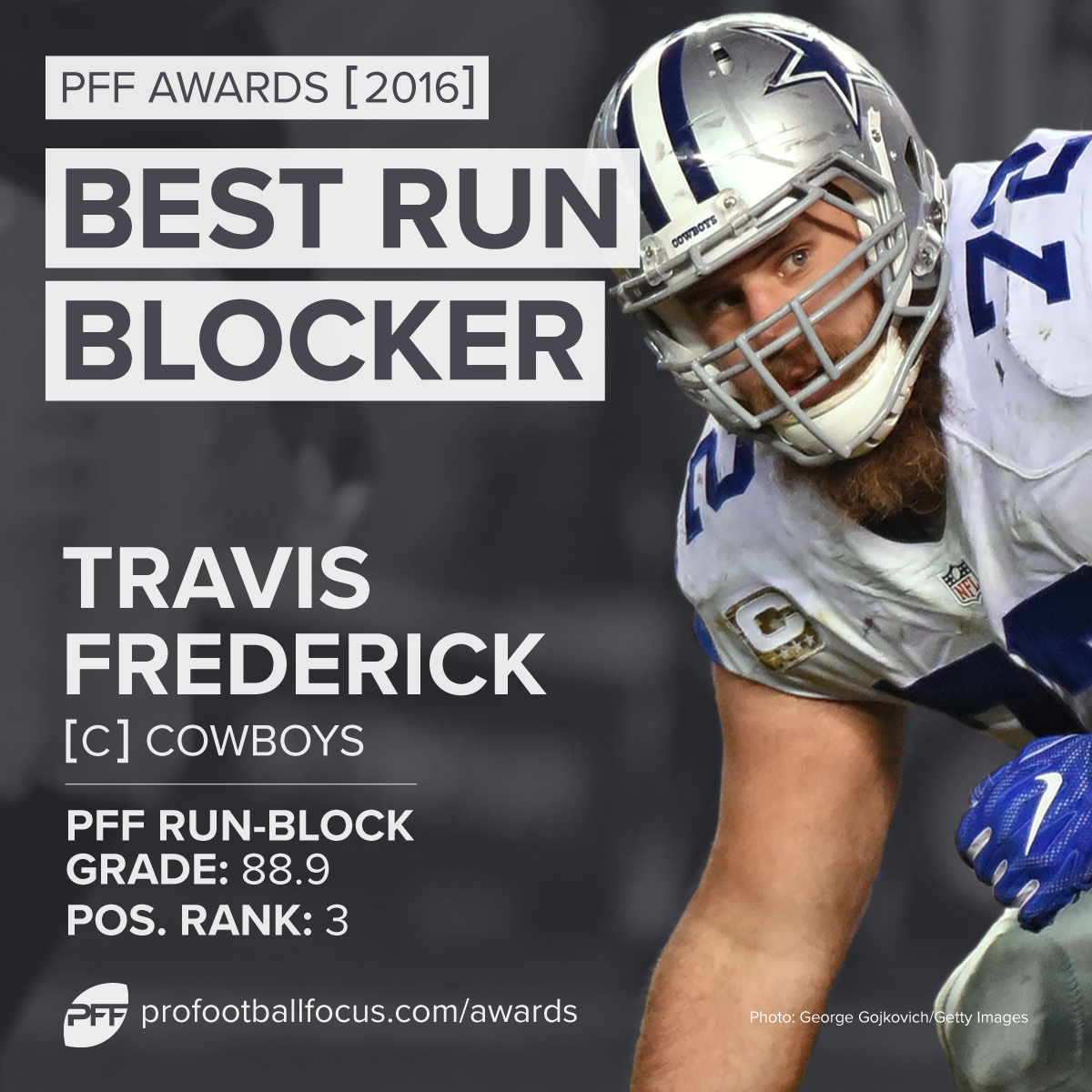 To understand Frederick’s greatness, one first has to understand the importance of the center position to most NFL run concepts. If the run doesn’t involve an offensive lineman pulling to the edge of the formation, then usually the center’s block is the most important. That’s because the center’s block is traditionally the aiming point for most of those runs or it falls between the running back and their aiming point. And when that’s the case, no block can blow up a play faster than the center whiffing or getting his backside driven into the running back’s lap. When it comes to playing on the defense’s side of the line of scrimmage, few do it better than Frederick.

No team in the NFL combined wide stretch runs with straightforward gap runs quite like the Cowboys in 2016. They had the fifth-most yards of any team on outside zone (787) and the second-most yards of any team running dive plays (596). Those two blocks couldn’t be more different from a technical standpoint at the center position. Outside zone requires the center to run laterally and control a nose tackle or linebacker to overtake his gap. The dive asks the center to fire straight forward off the ball, usually as part of a double team, and take the nose tackle off the line of scrimmage into the linebackers. They are two diametrically opposed skills — agility and power — yet Frederick sits among the league’s highest-graded at both. That sort of versatility is what allows Dallas to pick and choose run concepts to matchup with what a defense struggles with instead of being put into a box as a certain type of running team.

To really appreciate Frederick’s greatness though, you have to watch him against the best of the best. In the four games he played against arguably the top three nose tackles in the NFL — Damon Harrison (twice), Danny Shelton and Linval Joseph — Frederick came away with an above-average game every time. In fact, if you extrapolate out his grades from those games into a full 16-game season, he still would have finished as one of the five-highest-graded centers in the league. That sort of consistency and prowess is unrivaled at the position today. 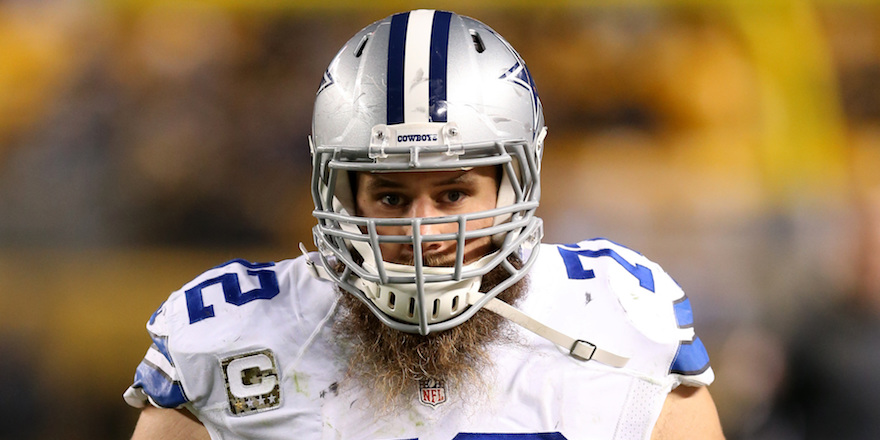 In a year where Alex Mack, Matt Paradis and Donald Penn put together superb run-blocking seasons, Travis Frederick’s versatility and consistency is what earned him the top spot. On the league’s top rushing offense, Frederick stood out above the rest.