The Carolina Panthers defeated the Washington Redskins, 23-17,  in Week 6 of the 2018 NFL season. 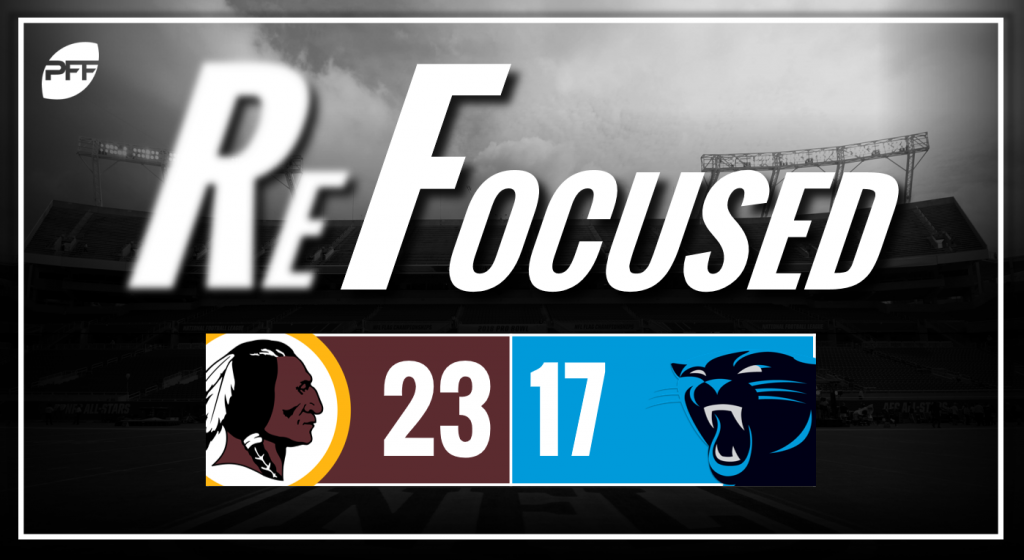 Devin Funchess struggled to create separation, but he was able to use his huge frame to come up with two critical grabs. The first was a touchdown he caught by going over the top of the defender, and the second was another contested catch in the fourth quarter.

The offense couldn't stay on the field for the first three quarters of the game due largely to Carolina's inability to run the ball. Christian McCaffrey had little in terms of room to operate, and Cam Newton didn't help matters with a couple of incorrect reads on option plays.

Mario Addison was a beast rushing the passer in this one. While he only came away with one sack, he had play after play in which he hurried Smith into making a rushed decision or poor throw. While he didn't add much in the run game, his pass rushing was more than enough to offset that.

Eric Reid had another solid game in his return to the NFL. While he was partially responsible for the Redskins' first touchdown with poor coverage, that was the last time he really made a bad play. Otherwise, he was locking down the middle of the field in coverage and even added a few run stops for good measure.

Washington's defensive line offered little in terms of a pass-rush (likely due to the fear of Newton's legs), but their ability to control the line of scrimmage against the run allowed them to get off the field quickly throughout the game.

If there was one defender who had a rough game for the Redskins, it was linebacker Mason Foster. He surrendered a number of underneath passes that turned into first downs for the Panthers because of his inability to close the angle to the edge in time.

It was another good game from Adrian Peterson, as he continues to pay dividends for the Redskins. Of his 97 rushing yards in this one, a majority of them came after first contact, as his line didn't give him much help. He broke a handful of tackles and was huge down the stretch in creating big runs that picked up first downs.

The Panthers committed to the run for far too long considering their ineffectiveness.

The Redskins' defense completely controlled the Panthers' run game to slow them down, while their own run game with Peterson was enough to push them over the top.