The Chicago Bears defeated the Tampa Bay Buccaneers, 48-10, continuing the fourth week of action in the NFL. 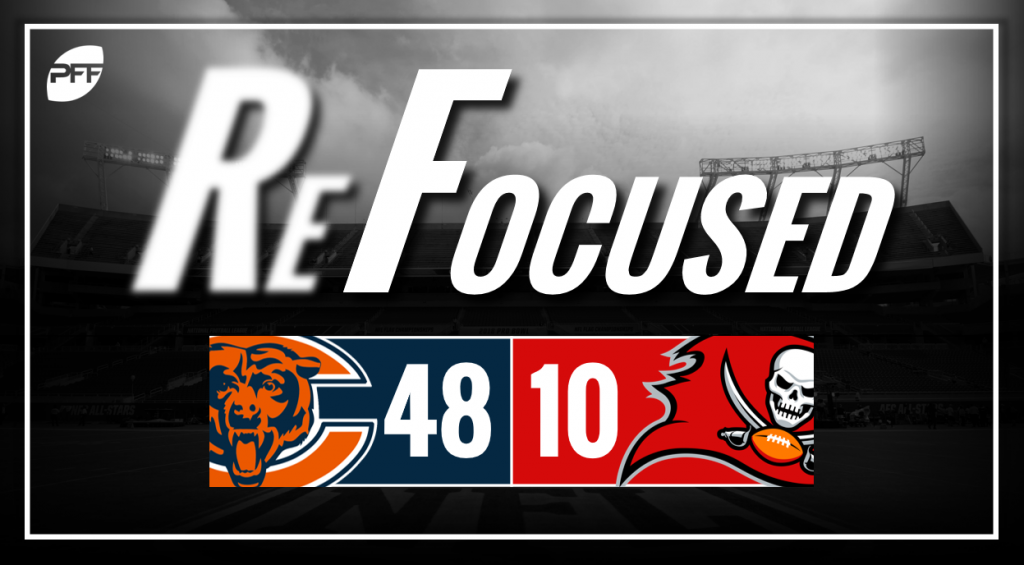 The Bucs offensive line struggled to fend off the Bears' talented pass-rush. Outside of one drive in the first half that resulted in a field goal, the Bucs struggled to keep their quarterback free from pressure, and they struggled to move the ball as a result.

Quarterback Ryan Fitzpatrick missed on a few passes, but he also made some impressive down the field throws, including a beautifully thrown pass to DeSean Jackson on a ‘go' route.

Yet again, the Buccaneers secondary struggled, as they could not keep up with the Bears receivers and allowed multiple big plays to wide open pass-catchers. The fourth touchdown by the Bears was an example of this, as both Justin Evans and M.J. Stewart jumped up on a potential screen and let Josh Bellamy run uncovered behind them for the score.

While the pass defense had a rough day, the Buccaneers defensive line was once again in control. Jason Pierre-Paul and Gerald McCoy are as fearsome a duo on the defensive line as almost any in the NFL right now. They owned the trenches and were a huge reason why Jordan Howard averaged under 2.3 yards per carry in this game.

Edge defender Khalil Mack was unblockable on Sunday afternoon. He routinely beat the blocker assigned to him, and he disrupted the game from start to finish. He forced a fumble on a strip sack and then caused a second-half interception as he hit Jameis Winston as he threw.

This was a great showing from Mitchell Trubisky after what has been a difficult start to the season. He was helped out by some great scheming that managed to get good matchups and open receivers, but he still had to make throws. There were a few big-time throws on a couple of his touchdowns, most importantly though, he didn't throw any dangerous passes.

As good as Trubisky's numbers were in this one, the star of the game was Tarik Cohen. The shifty back made play after play as he lined up in the backfield as well as out wide. His route running is superb for a running back and he proved uncoverable for this Buccaneers defense. Cohen's wheel route in the third quarter was a thing of beauty and there aren't many linebackers in the league who would have covered it.

Chicago: The Bears defensive pressure overwhelmed the Bucs, and neither quarterback could get anything going in the face of it. Once again, Khalil Mack was the difference-maker in the game and is looking like more and more of a steal for the Bears by the week.

Tampa Bay: The Buccaneers struggled to matchup with the Bears pass-rush, and they struggled to move the ball in the face of pressure.