The Tennessee Titans defeated the Jacksonville Jaguars, 9-6, continuing the third full week of action in the NFL. 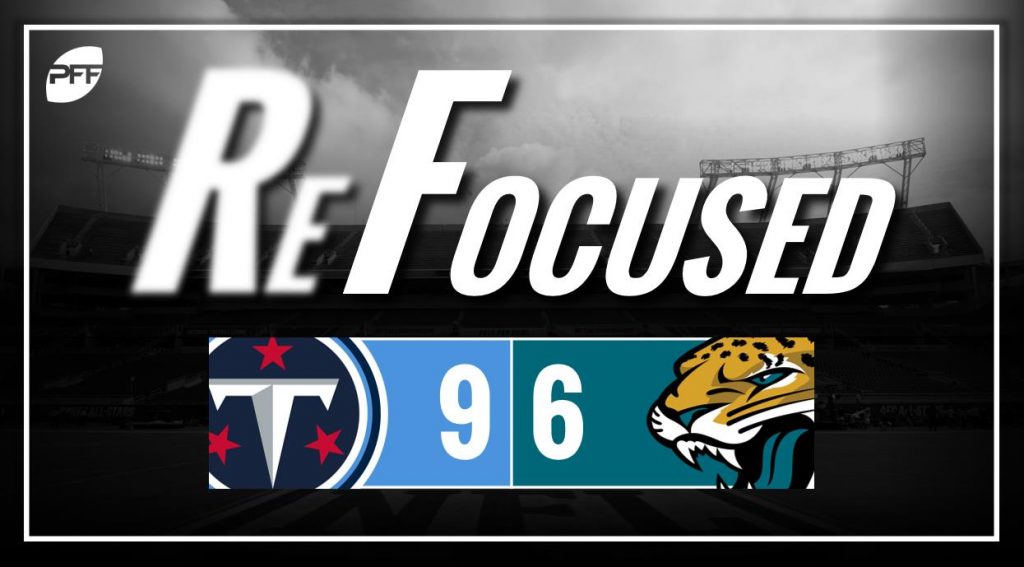 The Titans started the game with Blaine Gabbert at quarterback, but after just nine plays, Gabbert got hurt and they had to turn back to injured starter Marcus Mariota. With the effects of his Week 1 injury still hindering him, the Titans' offense struggled against the strong Jaguars defense. No wide receiver gained over 35 yards, but Mariota provided just enough in the run game and committed no turnovers, which was just enough to win this game.

The Titans' offensive line, especially in the inteior, struggled with the Jaguars' defensive line. There were two or more defenders in the backfield to stuff the running game multiple times in the game, as the defense didn't have to worry about getting beat deep.

Jurrell Casey was his usual self, recording a sack and also being a force in the run game. The Titans' defense never broke against the Jaguars run game.

The Titans' pass defense just had to sit and quickly make tackles, and they did so with ease, as the Jaguars could only manage 155 yards passing and never looked like being a threat. If the Jaguars tried to take shots deep, the Titans were able to blitz and get there with the blitz to cause Blake Bortles to check down if they weren't able to get a sack.

A week after Bortles' best game of his career, he struggled against a Titans defense. Trying to just throw check downs all games a week after taking shots against the Patriots' defense, Week 3 looked more like last season's game plan than the way they beat the Patriots.

It wasn't just Bortles who struggled in this letdown loss. Keelan Cole, who had a great one-handed catch last week and was able to separate against the Patriots' defensive backs, had a couple of drops and struggled to get going against Tennessee.

Calais Campbell has been one of the best free agent signings in recent years, as he is the best defensive lineman on a team that is deep across the board. Against the Titans, he recorded multiple sacks and a few more tackles in the run game.

For a defense that was able to stifle the Titans' offense, the Jags still had issues with missed tackles. Throughout the game, the Jaguars' defense missed numerous tackles, allowing the Titans to extend drives and get ahead to win the game

The difference in the game was the last field goal drive by the Titans, which was set up by Mariota consistently completing passes. It gave the Titans enough to keep moving the chains.
Jacksonville:

If it wasn't for the Jaguars' defense, this game might have looked completely different. The offense never looked like they could drive for a score.