The Indianapolis Colts defeated the Washington Redskins, 21-9, continuing the second full week of action in the NFL. 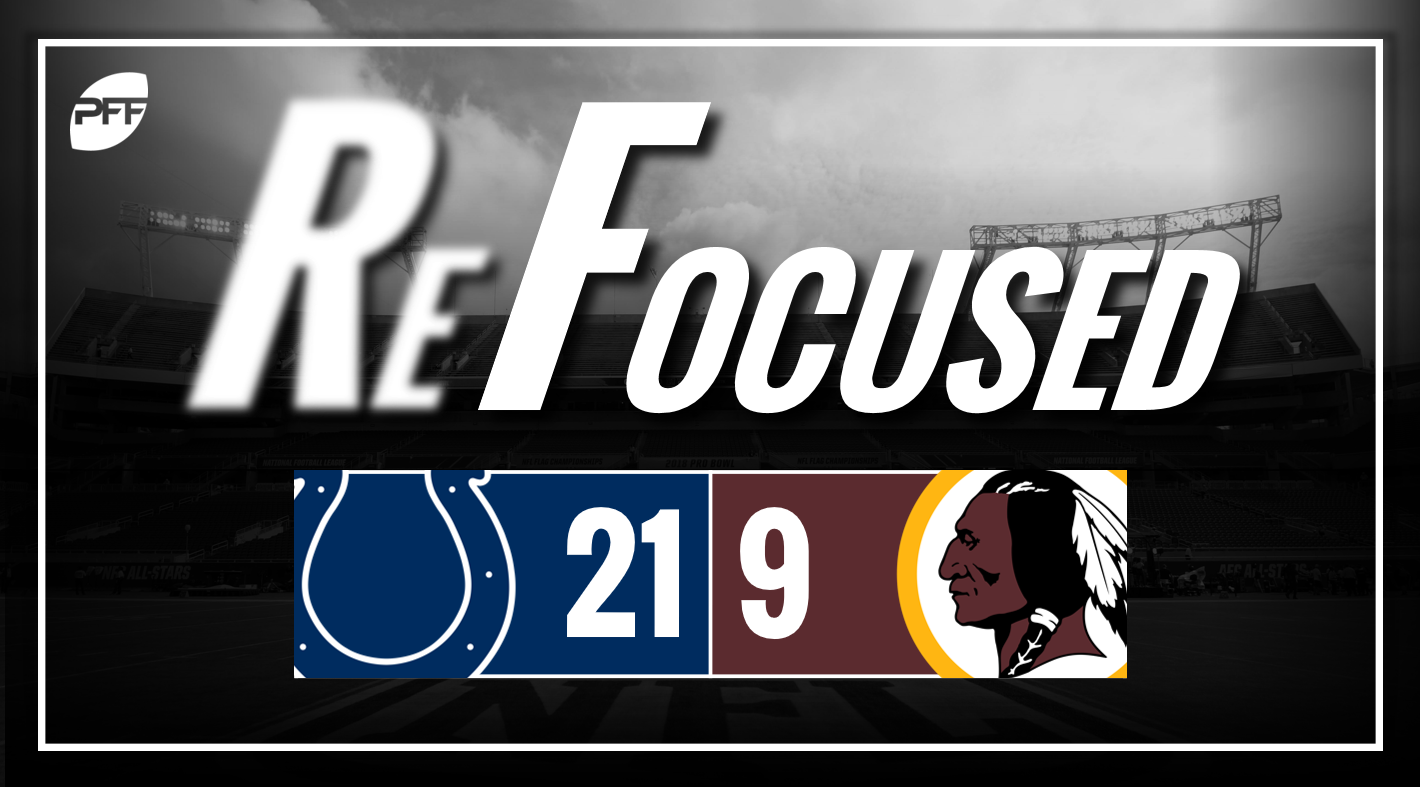 Andrew Luck picked up his first win as a starting quarterback since 2016 but is still feeling his way back to his best. A strong opening drive featured some of his best work, though his best throw of the day might have come on a pass interference penalty by Fabien Moreau. Luck's work is still coming in short areas with Luck largely leaving it to his receivers to do much of the heavy lifting in this win with their work after contact.

The cohesion of the line will be a key feature of the Colts' development on the offensive side of the ball this season, and there were promising signs this week, particularly on the right side with Joe Haeg and Matt Slauson getting some impressive movement on a handful of key runs in the second half. After a tough matchup last week against the Bengals' fearsome defensive line, the Colts' offensive line put up an improved showing this week, even without their starting left tackle.

Against an offense predicated around the short pass, the Colts' ability to close and tackle was always going to be key to their defensive success. They were ably led by second-round linebacker Darius Leonard in that regard. The former Clemson Tiger was, as the cliche goes, all over the field with multiple stops, helping to limit Chris Thompson‘s efficiency underneath their cover-2 shell with multiple defensive stops and a crucial forced fumble on Jordan Reed for good measure.

The Colts' pass-rush was powered by the unheralded pass-rusher this week with Margus Hunt‘s resurgence continuing in another big game, all game long. However, the Colts' closer was Jihad Ward, who was only elevated from the practice squad on Thursday. Ward racked up multiple pressures, all in the fourth quarter, bringing a fresh pair of powerful legs to drive through the middle of the Washington offensive line and keep the heat on Alex Smith to prevent any chance of a comeback.

Presented with a favorable matchup against a backup left tackle, Preston Smith failed to deliver for the Washington pass-rush with his only noteworthy play coming on a quick hit after beating Le'Raven Clark in the third quarter. Ryan Kerrigan and Jonathan Allen put in solid contributions, but the Colts' offensive line never looked as stretched by this pass-rush as they did at times against the Bengals last week.

D.J. Swearinger‘s were the highlights of the defensive performance for Washington today. His first was an impressive diving pick off of a deflection by Mason Foster. The second was an excellent break on a forced pass by Luck aimed for T.Y. Hilton. The dominant performances of a week ago were nowhere to be seen in the home opener with Montae Nicholson the only other bright spot in the back-seven alongside Swearinger.

Another typically Alex Smith performance from Alex Smith, with three quarters of his targeted passes aimed within 10 yards of the line of scrimmage. There were a few deep shots, notably to the left, which only drew one of two deserved completions. However, when it counted, there were few answers to the Colts' soft shell that they were able to play with a lead, and the underneath game never looked like breaking loose into a big play.

After his starring role last week, Adrian Peterson was kept quiet by the Colts this week, as he was held below two yards per carry and unable to make anything more out of the blocking that was afforded him. While the likes of Trent Williams and Brandon Scherff put in strong pass protection, they were not so imposing as a unit in the ground game. Peterson and his fellow backs were hit at or behind the line of scrimmage on more than 10 of their carries.

The Colts' defense set up to play conservative and dare Smith to take shots down the field, and he didn't or couldn't do that. Their relentless pursuit to underneath targets and pressure late in the game kept the Washington offense bottled up all day long.

The Redskins' lacked firepower on the offensive side of the ball and failed to take advantage of mismatches in the trenches.