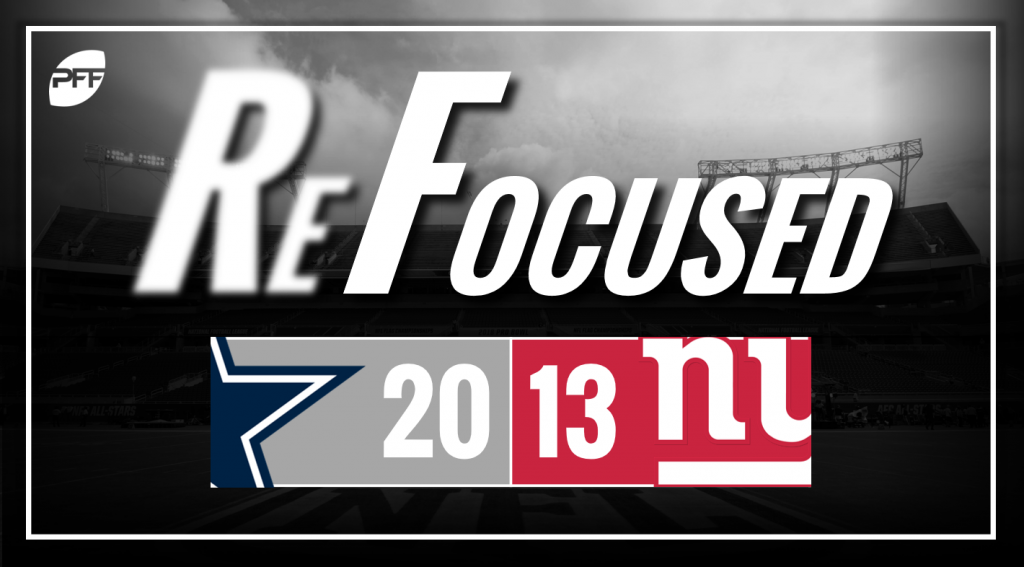 The Giants have decided to run their entire offense through Saquon Barkley, and while he showed the very same awe-striking elusiveness that made him such an exciting draft prospect, it still showed the limitations of what a running back can do alone. Barkley gained just 28 yards on 11 rushes but was given very little help up front, as he was frequently hit early, close to the line of scrimmage.

For all the money the Giants paid Odell Beckham, they have struggled to find the balance of how they use him while focusing on Barkley. This week, Beckham saw just four targets, seven fewer than he saw in his team's season opener.

The Giants lacked a pass-rush off the edge tonight, which allowed Dak Prescott to diagnose coverages for longer, and that made life tougher on the secondary. The defense ended with zero sacks and produced very little pressure all night.

Damon Harrison was the Giants standout player on defense, clogging up running lanes and ending the game with several tackles. Conversely, Janoris Jenkins had a disappointing game, notably allowing the 64-yard touchdown to Tavon Austin.

The Cowboys offense got off to a blazing start, as Dak Prescott connected with Tavon Austin on the third play from scrimmage for a 64-yard touchdown. Things cooled down a bit after, as that pass accounted for more than a third of Prescott's passing yards.

The Cowboys offensive line was solid tonight, and the unit supplied Prescott with enough time to go through his progressions and provided Ezekiel Elliot some running lanes. Between Prescott and Elliot, Dallas was able to impose their will on the ground, rushing for 138 yards on 15 carries.

The Dallas Defense completely out-schemed the Giants with blitzes and stunts, and they were able to get free rushers into a position to put pressure on quarterback Eli Manning.

The biggest disappointment for the Cowboys defense will be the number of tackles that they missed. The majority of them were due to the sheer elusiveness of Saquon Barkley, but their inability to tackle in space should be a cause for concern and could have a big impact later in the season.

New York: The Dallas defense completely outmatched the Giants offensive line. Dallas would throw a stunt out, and the Giants would struggle to block it, which led to seemingly constant pressure.

Dallas: Dallas imposed their will on the ground and did well to protect Prescott, who was able to sit comfortably in the pocket and navigate through the Giants defense.