The Los Angeles Chargers defeated the Buffalo Bills, 31-20, continuing the second full week of action in the NFL. 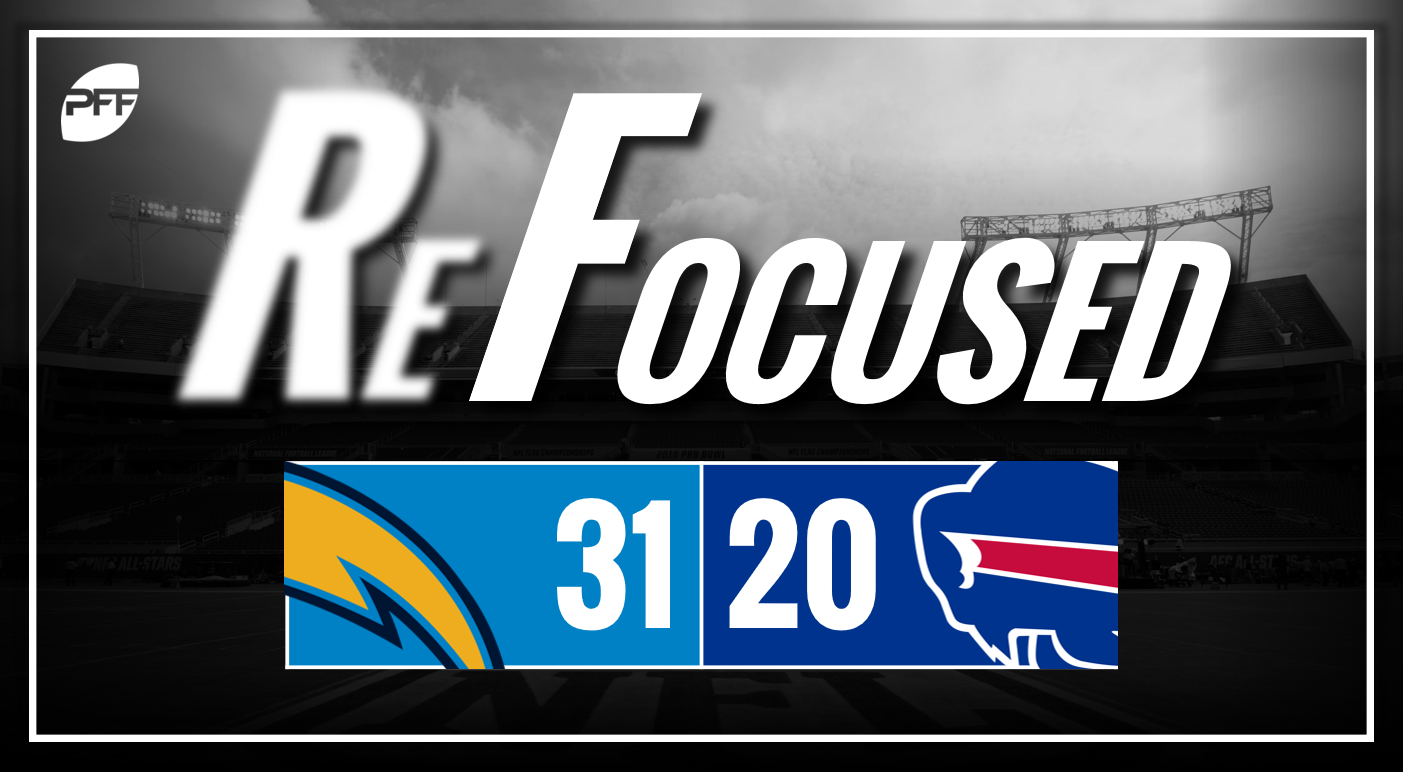 While the second half didn't go their way, it was the dominance of Philip Rivers and the passing game in the first half that left the Bills chasing. Rivers didn't have many “wow” throws, as he took what the Bills defense was willing to give him. His efficiency was highlighted by the fact that he had three touchdowns to just four incompletions.

For all the talent the Chargers have, their offensive line continues to be their biggest issue. The running game was buoyed by big runs from second-year RB Austin Ekeler, but offensive tackles Russell Okung and Sam Tevi both lost in the backfield too often.

Rookie safety Derwin James is already making plays in the NFL. James was all over the field as he led the Chargers in tackles. In addition, James was effective as a pass rusher while also adding a pass breakup in coverage.

Edge defender Melvin Ingram will have to play a bigger role rushing the passer for the Chargers in the absence of Joey Bosa. The veteran pass rusher did not disappoint against Buffalo as he was constantly in the Bills backfield, hurrying quarterback Josh Allen. Ingram also made an impact in the running game.

Josh Allen's first game as a starter showcased nearly everything that has been discussed about him in recent months. There were some ill-advised decisions including his interceptions; however, there were also some jaw-dropping passes which highlighted his arm strength, mainly his long pass to Zay Jones which traveled 55 yards in the air from the line of scrimmage.

Allen didn't have an easy job as he was playing behind a Buffalo offensive line that was very inconsistent against Los Angeles. While there were some plays in which they provided him with more than three seconds to find an open target, the unit missed several assignments both in pass protection and in the running game which prevented the Bills offense from getting into a rhythm all afternoon.

Rookie linebacker Tremaine Edmunds has the athletic ability that coaches crave in today's NFL, but the Chargers targeted him early and often in this game. He got caught by multiple play-action fakes and was at times guilty of taking poor angles to the ball.

While the Chargers were quick to attack Edmunds on defense, they went the opposite way with cornerback Tre'Davious White, avoiding him in coverage for much of the game.

Los Angeles: The Chargers got off to a fast start and an efficient offensive outing proved just too much for the Bills.

Buffalo: Buffalo's coverage did little to slow the Chargers' passing attack.  The Bills offense was unable to find any sort of rhythm.