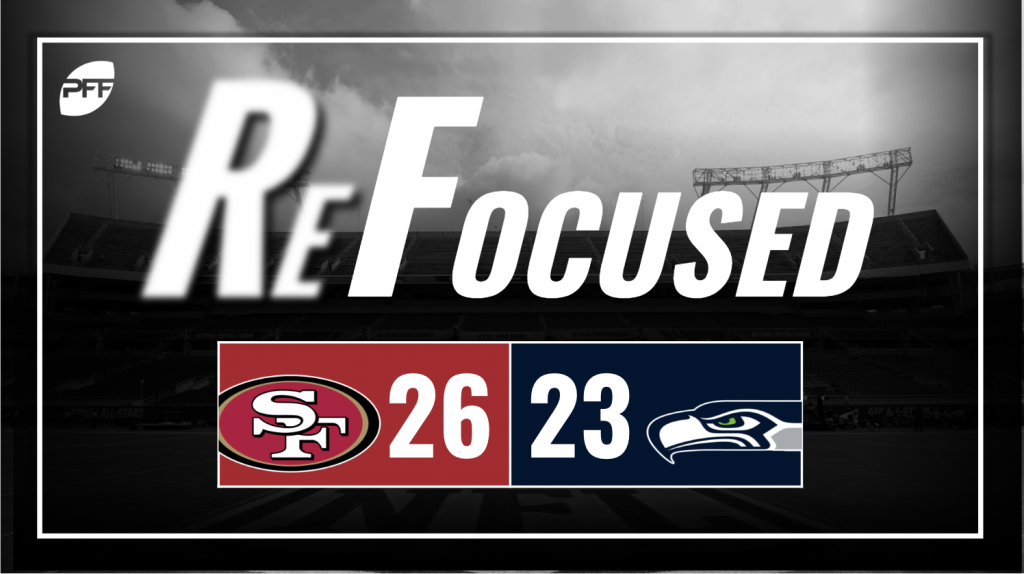 It was a very calculated gameplan from the start to not try and let Nick Mullens lose it, but the young quarterback made a handful of nice throws himself. He could have even led a scoring drive to win in regulation if it weren't for a case of the drops from his receivers towards the end.

Weston Richburg had a day to forget. Towards the end of the game, he was being used as a blocking sled by many of the Seahawks' interior players and gave up multiple pressures and tackles in the run game.

Solomon Thomas had arguably the best game of his career in this one. Even though he didn't stuff the stat sheet, his crucial drawn hold in overtime was reminiscent of how he rushed the passer from the interior back at Stanford.

For the majority of this season, DeForest Buckner hasn't lived up to the lofty expectations he set back in 2017, but he certainly did in this one. The third-year defensive tackle registered two sacks and three run stops in a superb performance.

As the rain picked up towards the end of the game, Seattle got continually punched in the mouth in the run game. Seattle's defensive ends couldn't hold their ground on the slippery field against double teams, and the 49ers repeatedly ran power/counter at them, including the game-deciding play to put San Francisco in field goal range.

Jarran Reed had a big day as a pass-rusher with multiple nice pass-rushes even outside of the two sacks. The 49ers' interior offensive line is no cake walk to run through the way he did, either.

After Jordan Simmons went down, Ethan Pocic didn't play terribly, but all of his bad plays came in extremely crucial situations. He had holding penalties that negated first downs on the last drive in regulation and their only drive in overtime.

It's a shame that Chris Carson went down when he did, as the running back was breaking tackles at will. He had multiple impressive runs on the day, including a one-yard touchdown run where he broke multiple tackles before stretching the ball across the goal line.

Mullens had some easy ones, but he made some hard ones as well in what was his best performance this season. He took a handful of brutal shots and still hung in there.

The Seahawks simply looked lost the majority of the day against the 49ers' play-action passing game. They allowed 162 yards on 10-of-10 passing off play-action on the day.