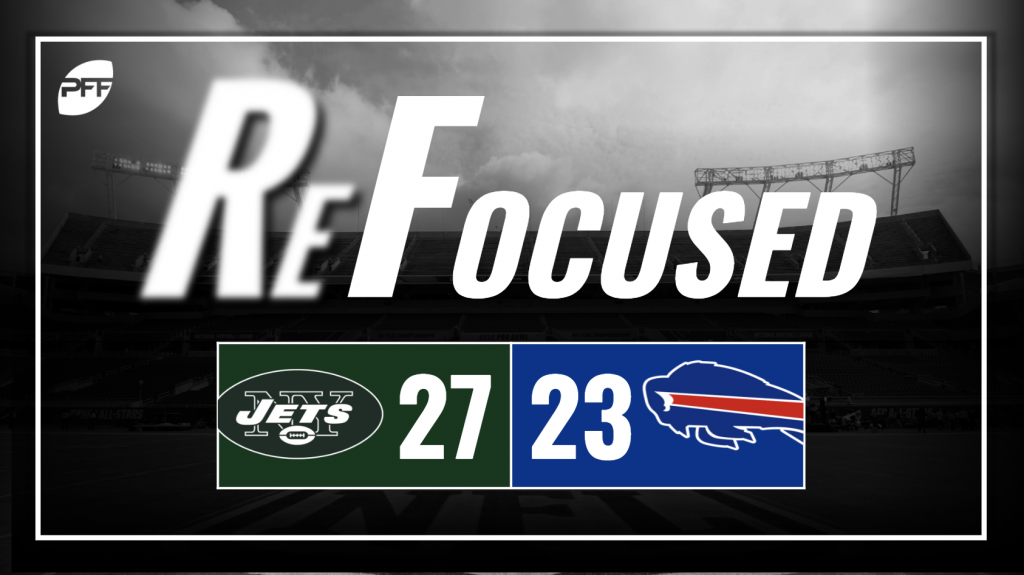 We got to see a little bit of everything with Sam Darnold today, as he made a number of bad decisions and throws through the first three quarters only to lead the Jets to an impressive comeback win in the final frame. His downfield throw to Robby Anderson to set up the game-winning score was likely the best of his young career.

The offensive line held up well in pass protection, as the majority of pressures surrendered came as Darnold was attempting his throws. The run game wasn't as effective, as outside of a handful of plays, the Jets' backs had little room to operate.

Jamal Adams was once again the star of the Jets' defense in Week 14. Adams did what he's done all year: impacted the game in every phase from the defensive side of the football. He had a good game in coverage, but his best work came in both run defense and as a pass-rusher, tallying multiple run stops and multiple pressures in Western New York.

Both Mike Pennel and Henry Anderson had nice games in run defense from the interior of New York's defensive line. Both of them often stood their ground against Bills' run blockers and also made a handful of run stops between them.

Josh Allen had yet another strong game rushing the football, busting out for long gains on multiple occasions with the Jets' defense providing few answers as to how to stop him. Throwing the ball, though, was a bit of a different story. Allen wasn't aided much by his receivers – who dropped a handful of catchable balls during the afternoon – but he made too many poor decisions that resulted in turnover-worthy plays.

With the exception of Allen, the Bills couldn't get anything going on the ground against the Jets. LeSean McCoy was forced out of the game early, and the combination of Chris Ivory, Marcus Murphy and Isaiah McKenzie – with the exception of McKenzie's touchdown run – spent the rest of the day meeting Jets defenders at the line of scrimmage.

Tre'Davious White has been one of the best corners in the league this year, but this was not one of his better games. He struggled to stay with the speedy Anderson and gave up a number of big plays throughout the game while also adding a defensive holding penalty.

Linebacker Matt Milano had a strong game until an injury on the final drive saw him carted off the field. He made a number of run stops, using good instincts to avoid and defeat blockers.

Darnold put it together when it mattered most, posting two big-time throws in the fourth quarter to spur the comeback.

Allen did enough with his legs to give Buffalo a chance to win at the end, but his inconsistency as a passer ultimately left the Bills short in pursuit of the win.