The Pittsburgh Steelers defeated the Carolina Panthers, 52-21, in Week 10 of the 2018 NFL season. 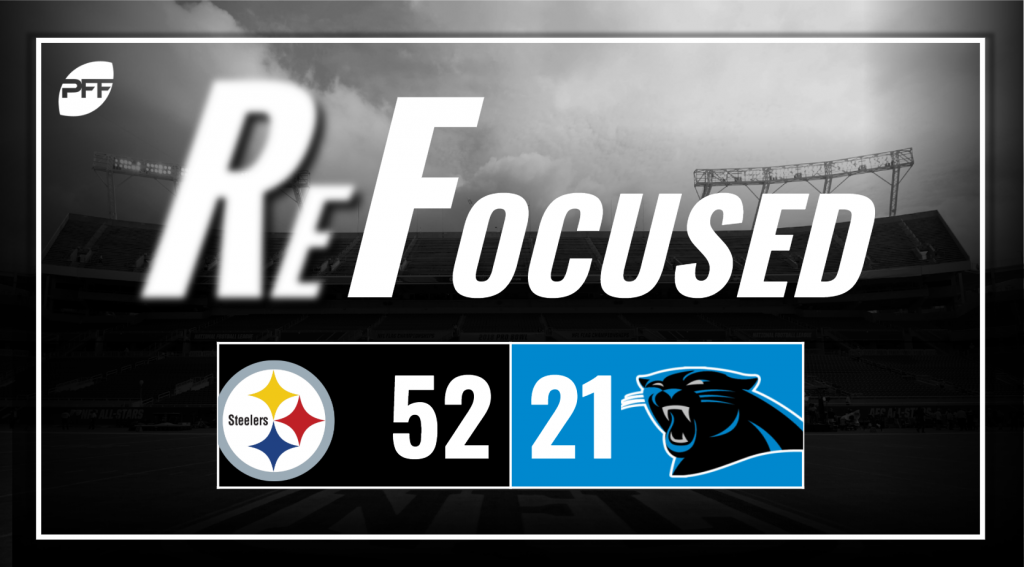 It was a near-perfect day for Ben Roethlisberger, who completed 88 percent of his passes, a perfect 158.3 passer rating and had more touchdowns (5) than incompletions (3). Those three incompletions? Two pass breakups and a miscommunication.

Antonio Brown and JuJu Smith-Schuster both went off with long touchdowns. Brown's 53-yard touchdown and Smith-Schuster's 75-yarder were their longest catches of the season, respectively, and the duo combined for 186 yards on the night.

While the Steelers were able to get a good amount of pressure on Cam Newton, it wasn't due to any one strong individual effort. Pittsburgh stunts as much as any team in the league, and those stunts fueled their pass-rush throughout the night.

Outside of a busted coverage on one of McCaffrey's touchdown receptions, the back end of the Steelers' defense was solid, consistently in position to make the tackle with limited yards after the catch.

The lack of a pass-rush clearly put stress on the secondary at times, but some of it was self-inflicted, as well. Such as James Bradberry‘s busted coverage on their first play of the game, or Donte Jackson just getting beat by Brown on his deep touchdown catch.

As has been the case throughout the season, Newton struggled immensely under pressure, and unfortunately for him and the Panthers, he was under pressure quite a bit on the night. The lowlight of the night came early, with Newton retreating into the end zone and throwing over the middle of the field from the grasp of T.J. Watt for one of the worst pick-sixes you'll see all season.

Christian McCaffrey was the lone bright spot for the Panthers' offense, accounting for 138 of the team's 242 yards on the night and all three scores. Before things got out of hand, McCaffrey was practically the only thing keeping Carolina close, producing explosive plays on the ground and taking advantage of some broken coverage for two touchdowns through the air in the first half.

The Steelers' offense started off hot and kept playing at that level throughout. They scored on seven of their first eight possessions before punting on the final two drives of the game and also threw in a defensive touchdown in there.

Carolina's defense did them little favors, allowing Pittsburgh to score on seven of their first eight possessions, with the lone exception coming on the final drive of the first half. A poor night from Newton under heavy duress gave them little chance of keeping up.