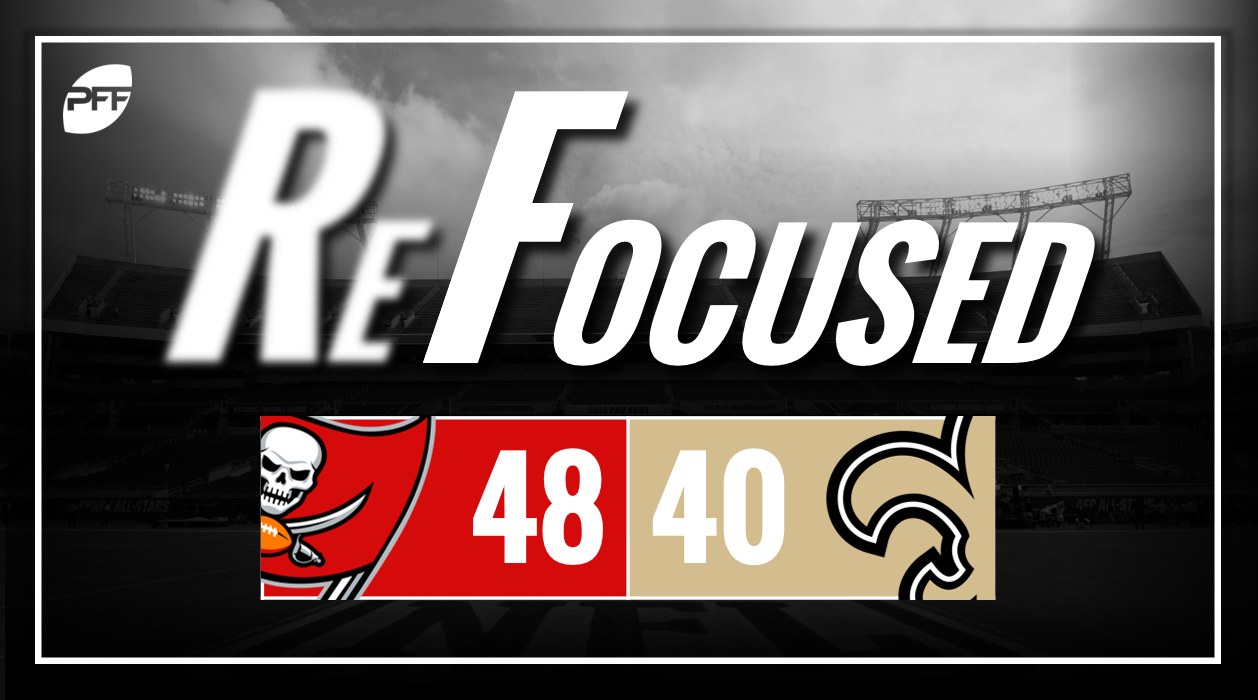 Even though the Buccaneers went out of their way to strengthen the defensive line during the offseason with multiple free agent acquisitions and trades, the player who stood out the most on this line was veteran defensive interior Gerald McCoy. The long-time Buccaneer wreaked havoc all afternoon, as he was a force against the run and got to Saints' Drew Brees on multiple occasions on pass plays.

Mike Evans vs. Marshon Lattimore is going to be one of the most highly anticipated matchups in the NFC South every year, but after Lattimore got the better of Evans twice last year, this was very much a win for Evans. Lattimore struggled all game against to him, including a long touchdown down the right sideline.

The Saints defense' didn't offer much of a pass-rush and struggled in coverage, but don't take this performance away from Fitzpatrick. He beat the Saints downfield time after time, finding the big plays the Buccaneers needed to seal the win on opening day.

Veteran linebacker Lavonte David took advantage of the defensive line working in front of him and kept making plays all over the field. David attacked the line of scrimmage downhill on runs and was able to cause penetration. He was also rarely out of position on passes even when he had to cover wide receiver Michael Thomas in the middle of the field.

Thomas was off to a very promising start to his 2018 season, as he caught his first eight targets for 90 yards and a touchdown. However, similarly to the rest of the team, he also struggled and made key mistakes in the second half. Thomas dropped a pass that would have resulted in a first down and then fumbled the ball when the Saints still had a chance to come back into the game.

The Saints' offensive line was one of the best in the NFL when it came to protecting Brees in 2017, but the unit struggled against Tampa Bay's strengthened defensive line on Sunday afternoon. Guards Josh LeRibeus and Larry Warford struggled especially, but sophomore right tackle Ryan Ramczyk also failed to live up to the standard he set for himself last year.

The Saints' 2017 season ended with a blunder in coverage, and fans would have felt a familiar sinking feeling on the Buccaneers' opening drive of the game. Fitzpatrick dropped back to pass and found wide receiver DeSean Jackson streaking downfield for the long touchdown, with a mixup in the Saints' coverage scheme allowing him to run free.

The biggest issue for the Saints' defense, particularly in the first half, was that they were simply unable to get pressure on Fitzpatrick. Comfortable in the pocket, the Bucs' signal-caller was able to find big play after big play in the first half. Early in the second half, they were able to knock Fitzpatrick to the ground but were twice called for roughing the passer.

The dominance of Fitzpatrick at quarterback and multiple big plays from both Evans and Jackson was too much for the Saints to handle.

Tampa Bay's moves to bolster the defensive line has already started to pay dividends, as they were often able to put pressure on Brees and made it hard for the Saints to run the ball.