A resurgence from running back Giovanni Bernard helped the Cincinnati Bengals outlast the visiting Detroit Lions on Sunday, 26-17. Bernard totaled 168 yards and one touchdown on 30 touches as the focal point of the Bengals' offense. Quarterback Andy Dalton also contributed 238 yards through the air with wide receiver A.J. Green standing out as his go-to target with a team-high 81 receiving yards.

Conversely, the Lions' ground couldn't get anything going, and quarterback Matt Stafford couldn't mask his offense's rushing woes. He completed just 19-of-35 passes for 203 yards, one touchdown and one interception.

Boling is not the solution at left tackle for the Bengals anytime soon. He allowed a sack, a hit, and two pressures on the day along with a handful of other losses in pass protection.

In the most extended action of Redmond's young career, the second-year guard impressed. He rotated in on 48 snaps and didn't allow a single pressure. Redmond was also the highest-graded run blocker on the Bengals' offensive line on the day.

Jackson didn't allow a catch for the second straight week. He's now allowed eight yards into his coverage since taking over as the starter in Week 13. He was targeted three times and had one pass breakup.

Evans' 16 snaps on Sunday were a nightmare. He allowed 59 yards and a touchdown before he was injured for the game. If that wasn't enough, Evans missed both his tackle attempts.

The stat line didn't flatter Stafford by any means, but it's hard to call him the reason Detroit lost this one. His interception came as he was hit, and he suffered from two crucial drops on third down from his receivers.

Barclay single-handedly derailed the Lions' offense at times in this one. He had two false starts, allowed five total pressures, and was the lowest-graded player in the entire game.

Slay vs. A.J. Green was must-see TV. Both got their shots, as Slay broke up two passes and forced an offensive pass interference on another. At the same time, Slay yielded 81 yards on 6-of-9 targets and missed two tackles while covering Green.

On only 18 pass rushes, Freeney put on the clinic for Clint Boling. He went to the inside spin move twice, and it worked both times for a hit and a hurry. 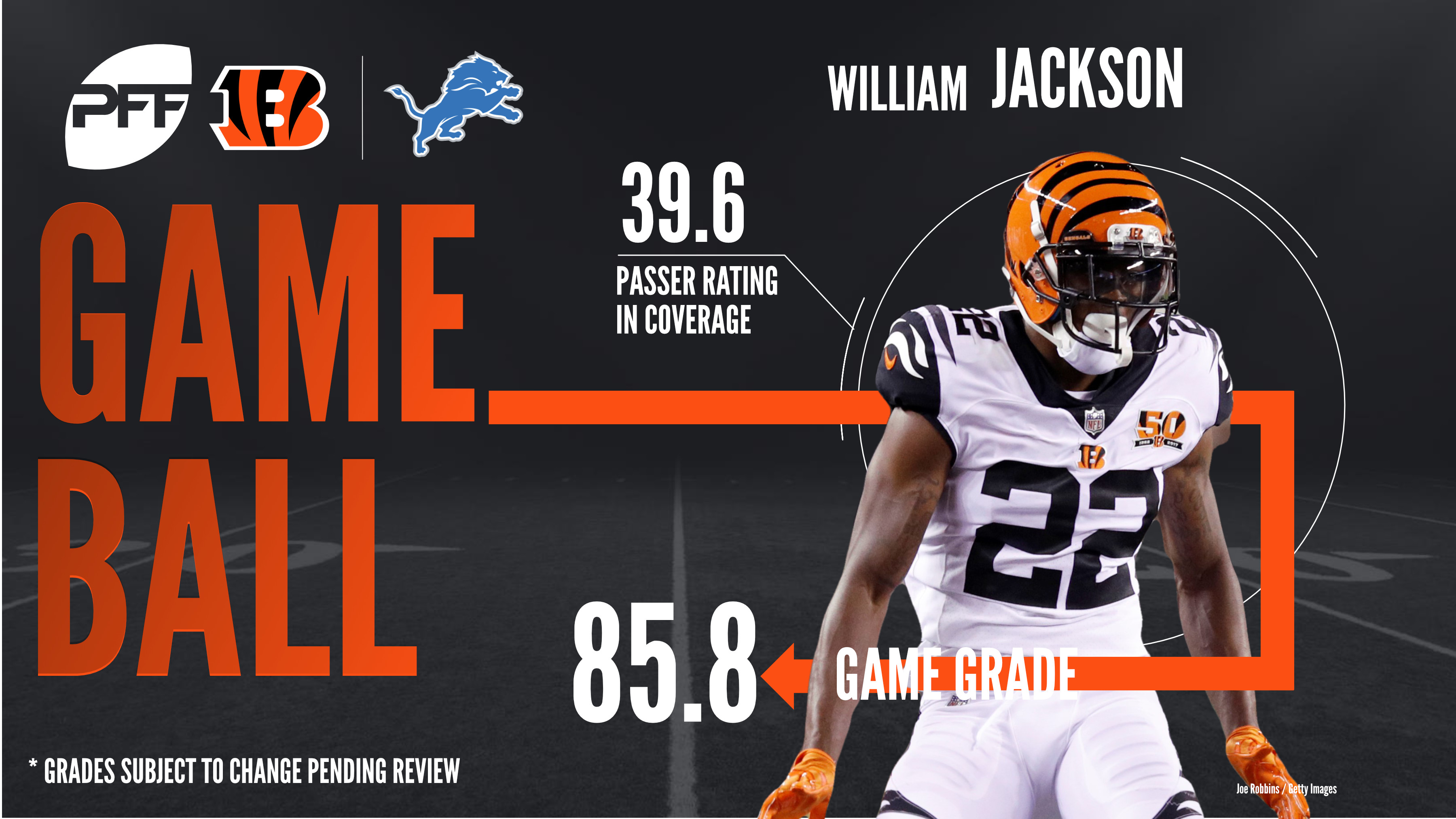