The Baltimore Ravens defeated the Miami Dolphins on Saturday night, 27-10, continuing the third full week of preseason action in the NFL. 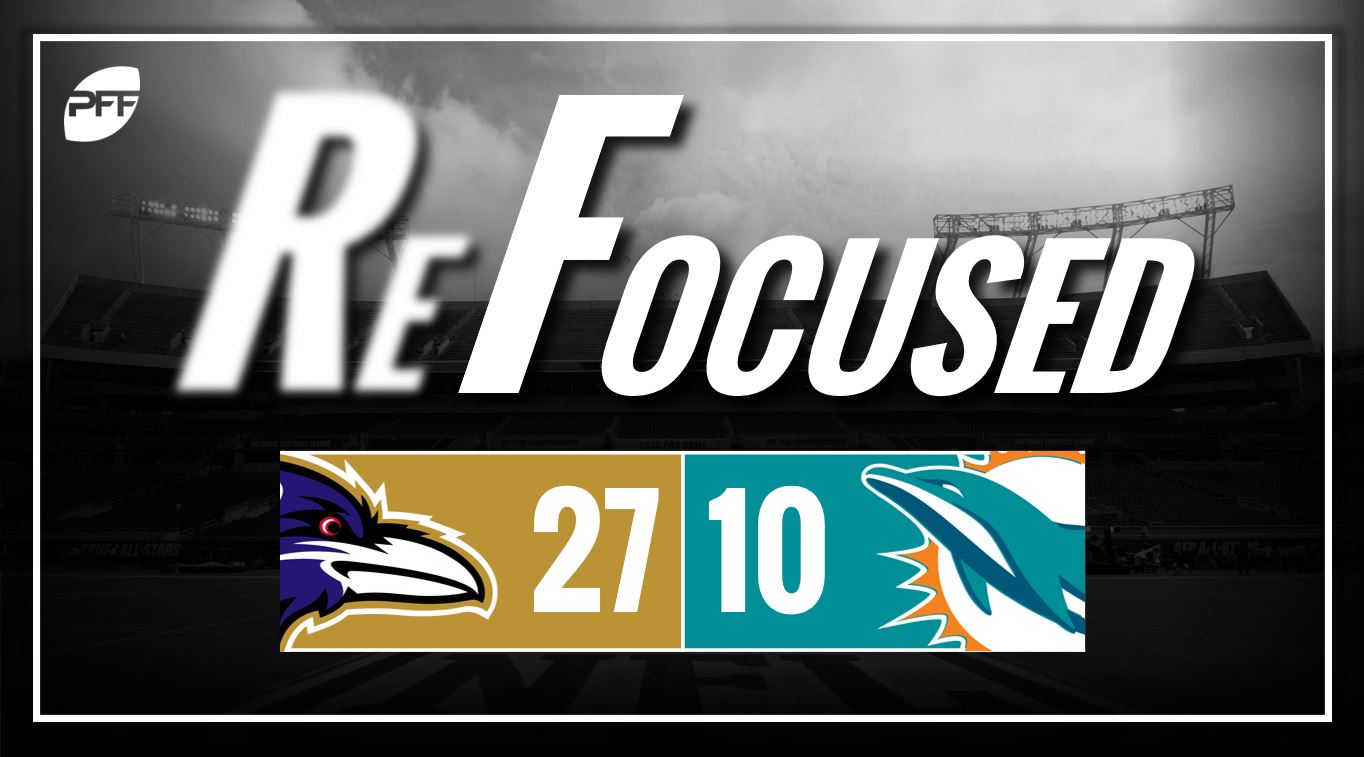 With the Ravens resting many of their starters, it gave an opportunity for the young players and roster bubble players to shine. Cornerback Stanley Jean-Baptiste has bounced around the league barely seeing any regular season action (eight snaps) but made his presence known with an interception on his only targeted coverage snap. The Ravens already have a very talented secondary, and Jean-Baptiste made a push to make the active roster with his performance tonight.

Lamar Jackson looked improved from his previous games. He went seven of 10 for 98 yards and a score. He was also solid on the ground with 39 rushing yards and a touchdown. Baltimore will surely hope to see Jackson only go up from here.

Baltimore's rushing attack was strong against the Dolphins. As a team, they rushed for 223 yards on just 42 attempts. De'Lance Turner was the most impressive of the bunch, as he rushed for 75 yards and a touchdown on just five carries.

While most of the Ravens' pass-rush was held in check, former Alabama standout Tim Williams made his presence known, generating pressure on a number of pass rushes, including a sack and a hit on the quarterback. Williams will likely see a similar role as last year unless he can consistently get after the passer like he showed in college.

Quarterback Ryan Tannehill had a shaky outing mostly from being able to simply hang onto the football as showcased from the first play of the game, where he fumbled it attempting to throw a wide receiver screen and also mishandled a snap from under center. He made up for it with a touchdown drive and a big-time throw on the two-minute drill to get them into field goal range just before halftime. Outside that throw, it was a rather lackluster day against a Ravens defense that rested several starters.

Miami's offensive line has been shaky the past few seasons, ranking in the bottom half of the league. Tonight, however, the Dolphins' front five was excellent, giving all quarterbacks ample time to throw. If this is a sign of things to come, Tannehill should be able to excel in his return from injury.

Miami has struggled against the run this preseason and it continued for their defensive unit tonight. They gave up 223 yards and two touchdowns on the ground. They will need to improve their run defense pretty quickly as the season approaches.

T.J. McDonald had a solid game overall. He was all over the field making tackles tonight for the Dolphins. He had seven total tackles and a tackle for loss as well as a pass defense in coverage.

Baltimore: The Ravens' rushing attack was the key to the game against the Dolphins. They kept attacking, and the Dolphins simply could not stop them. The Ravens will hope to keep this kind of rushing success up as they enter the final week of the preseason.

Miami: Miscues and a few timely turnovers were the stories tonight for the Dolphins. Against sound teams such as the Ravens, they need to protect the football in order to win.